I feel like I’ve been saying this for years now, but I really wish someone would just look at Kairosoft’s game formula and take it the next evolutionary step beyond porting old java games to iOS. The simulation gameplay loop they pack in to their games is fantastic, but even their best titles have a palpable air of jank around them. One could argue that’s what makes ’em so lovable, but, still, there’s loads of room for improvement and iteration. 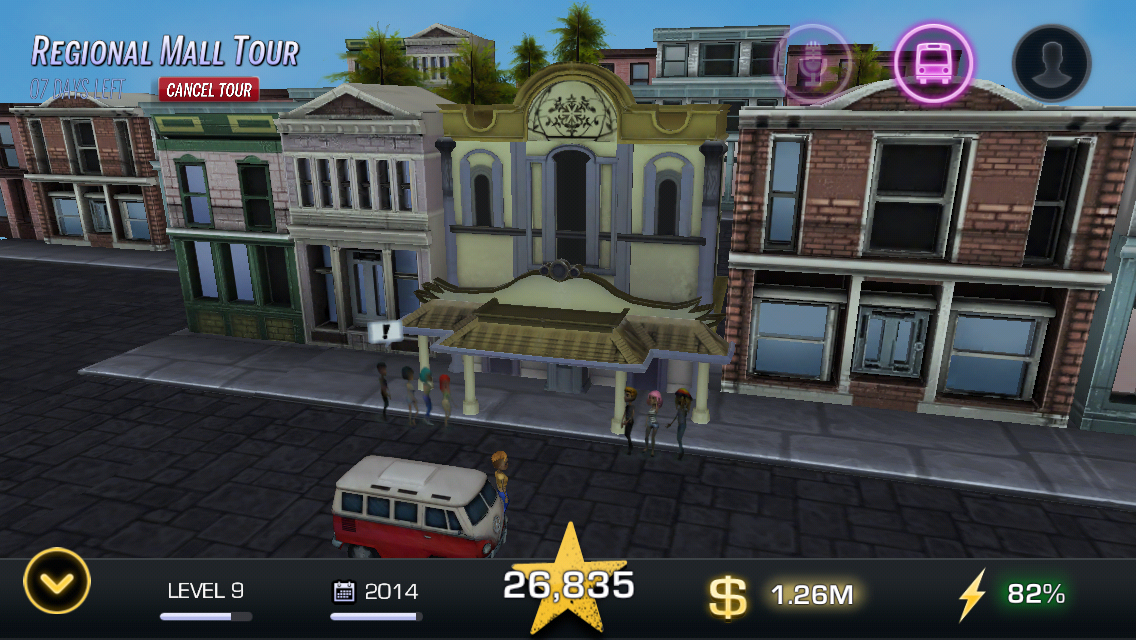 That’s what the upcoming TourStar aims to do- Except instead of managing a game studio like Game Dev Story ($4.99) or a race team in Grand Prix Story ($4.99), you’re managing an imaginary recording artist’s rise to fame and fortune. What makes TourStar particularly interesting is that it isn’t just some random developers who decided to make a music game, instead, it’s put together by real music industry management veterans. Guys from SEFG Entertainment, Suretone, and ground(ctrl) all have their hands in this proverbial cookie jar. They’re responsible for talent ranging from ZZ Top to The Roots and a ton of other artists in between.

In the game, players create an avatar and make numerous decisions to impact your virtual recording career. Do you remain independent or do you sign with a label? Do you focus on recording albums, or live performances? Do you relax before a show, or make sure all of your instruments are flawlessly tuned? Do you take advice from people you come across in game, or figure you know what’s best and blaze your own trail? 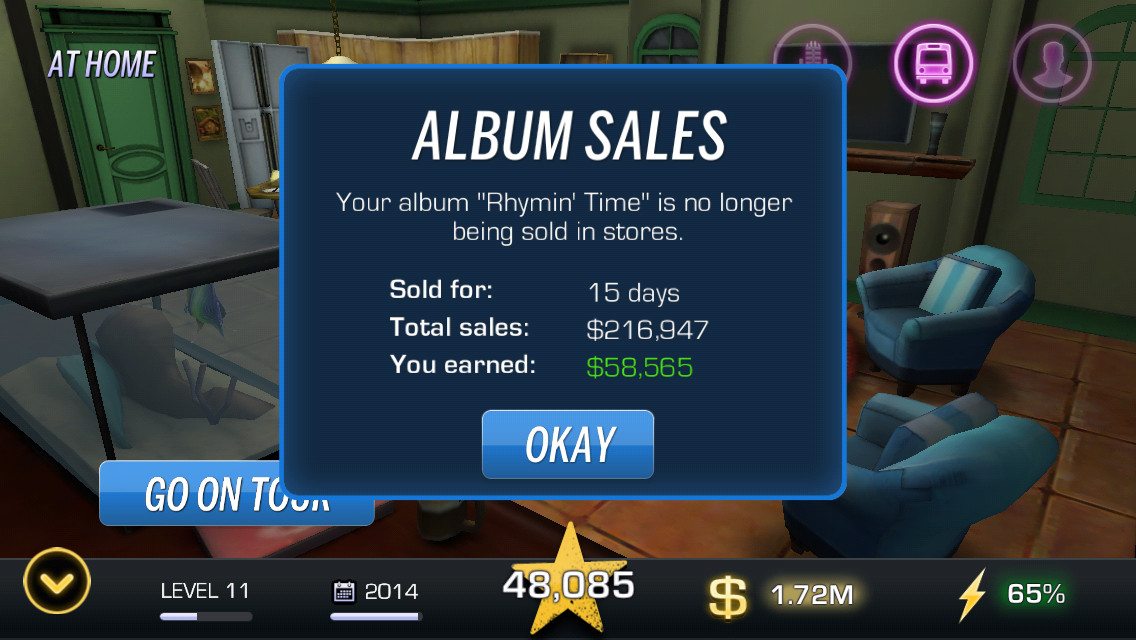 Cooler yet, because this game is tied so closely with the actual music industry, players will be able to actually win real prizes by spending in-game currency on what essentially amounts to virtual raffle tickets for real-world prizes like concert tickets and similar stuff. I’m always incredibly cautious about games that make big claims about real world prizes, as so often they don’t pan out, but, these guys have the industry clout to pull something like this off in a big way.

As far as how you’ll pay for TourStar, it’s basically what folks around here are always asking for: The game itself is free, and with the initial download you’ll get a solid taste of what the game is all about. You’ll be able to play up to leveling your band up to level 5, which won’t take very long but will still give you a great idea of what’s in store for the rest of the game. After that, there’s a single $0.99 unlock to gain access to the rest of the game. (There’s cheater IAP too, but everyone I’ve talked to about the game has stressed that it’s designed to be completely optional.) 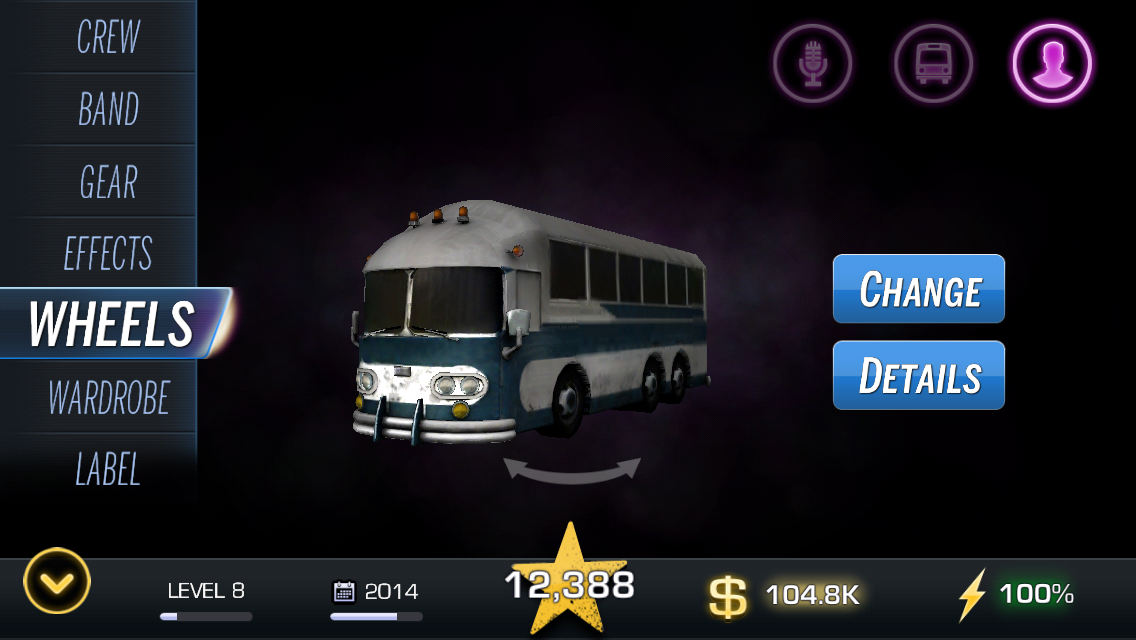 What’ll be interesting is to see how TourStar differentiates itself from HalfBrick’s Band Stars (Free). It sounds like TourStar is going to focus more on a simulation gameplay loop instead of a typical free to play timer loop, but, we won’t have to wait long to see. TourStar is scheduled to launch this week, and as already mentioned, it’ll be free to try.