A hyper-violent game of football mashed up with Warhammer winds up being kind of boring? Say it ain’t so. Blood Bowl ($4.99) is really only for really patient people who can really tolerate their sports as turn-based dice-rolling affairs.

First off, while the game takes its inspiration from football in terms of being a brutal sport, and being about getting the ball into the end zone for a touchdown, it’s otherwise soccer in spirit. This is because scoring requires a lot of things to go right in sequence for a scoring opportunity to happen.

The game is structured in a turn-based manner: each team can move players on their team according to their movement ranges, and execute actions like blocks on opponents. However, if a move fails, like a pass falling incomplete, an opponent countering an attack successfully, or tackling a player trying to run past. 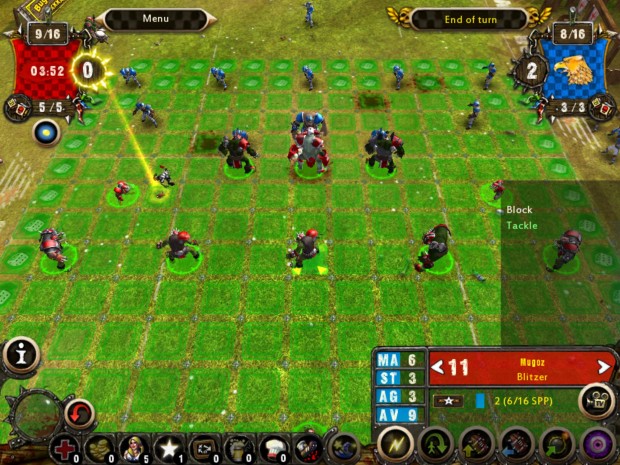 The problem is that the game is structured entirely in such a way that it seemingly thwarts anything cool from happening.

It starts with the fact that the entire game is centered around dice rolls which are never actually shown to the player. So, why does anything happen? Good question! The game’s tutorial does a good job at explaining the basics: anything beyond that requires perhaps diving into the game’s online manual. But still, the game seems more intent on living in a world where they expect even someone jumping in to know the rules. They start to become a bit clearer over time of just playing the game, but there’s always that sense that something’s going on that I don’t quite know about. It’s possible to enable the log to see what exactly the dice rolls are, but honestly? Some 3D dice being displayed that show what the rolls are would go a long way toward making this game friendlier.

Getting to the actual game itself, the fumble-prone nature of the play sucks a lot of the excitement out of it. Passing the ball? Players are prone to fumbling even the pass – and good luck trying to catch. Trying to pick up a ball on the grouned? Often frought with difficulty. Hope the dice roll goes your way. Everything is prone to those mysterious dice, and one slip-up means boom, turnover, enemy’s chance to play. There’s a reason why football has four downs. 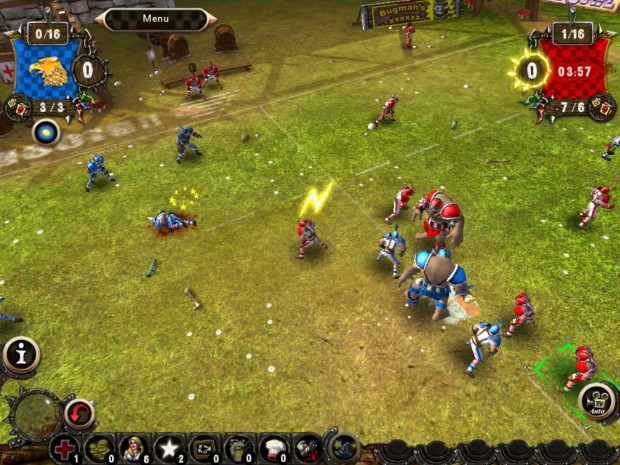 And while I get that Blood Bowl is trying to emulate football – both association and American varities – in being about getting a lot to go right, this digital adaptation just does a terrible job at conveying that. See, the thing that makes soccer fun – as a sport and a video game – is seeing the beauty of everything that comes together. It’s the satisfaction of the passes that can potentially lead to the tough goal. Football has a lot of failures, but lots of little success as well. Here, the failures are amplified, and the successes minimized – and everything comes down to a random number generator.

And seriously, is the Warhammer universe one where everyone permanently has butter on their hands?

Perhaps for a very select group of people, who enjoy the fantasy setting, or Warhammer, or just have a tolerance for esoteric rules and mystery dice-rolling, Blood Bowl is perfect. There’s a lot to dive into: a lengthy campaign mode where it’s possible to create a team, and buy new players, inducements before each match to hopefully tilt the game in one’s favor. There’s also the online multiplayer, for if you want to ge with someone who perhaps knows the game and can explain it better than what, well, the actual game does.

There’s in-app purchases to unlock additional teams for $2.99 each. I don’t want to say that I’m completely okay with it, but given the nature of mobile, I can accept it –people who want to get more out of the game can pay more than the upfront price, which is already cheaper than PC versions, to get more content. 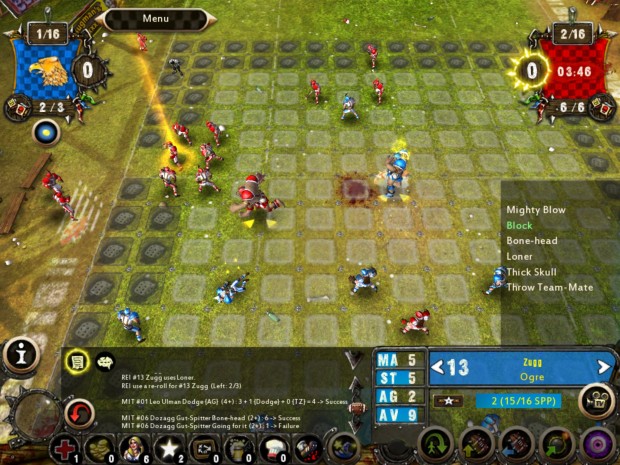 But really, I’d perhaps only recommend this if it was a free game. It’s just so esoteric in every which way. If you’re a fan of this sort of game already, then sure – seeing the action come to life seems fun. There’s just too much work for too little fun for anyone who isn’t already attuned to what Blood Bowl is about.