As predicted in last night’s new game roundup, there were a couple high profile stragglers that hit the App Store outside of the normal release window. Blood Bowl ($4.99) is one of those games. It’s basically a $17 game, as it’s priced at $4.99 to keep the initial price point low with four additional races in game which can be unlocked for $2.99 a pop. It’s kind of like how Warhammer Quest ($2.99) gets you in the door, then has a bunch of different classes you can buy if you end up enjoying the game.

Anyway, backing things up a bit, Blood Bowl is a Warhammer themed strategic football game. Originally released in 1986, the game went through several physical editions before attempting to make the jump to the video game world in 1990… Only to have the studio working on the game go bankrupt. A MS-DOS version was finally released in 1995, then in 2004 Cyanide Studios got involved with a game that was weirdly similar. A court battle ensued, and somehow ended with them getting the licensing rights from Games Workshop to bring a new version of Blood Bowl to all sorts of platforms including iOS via publisher Focus Home Interactive. 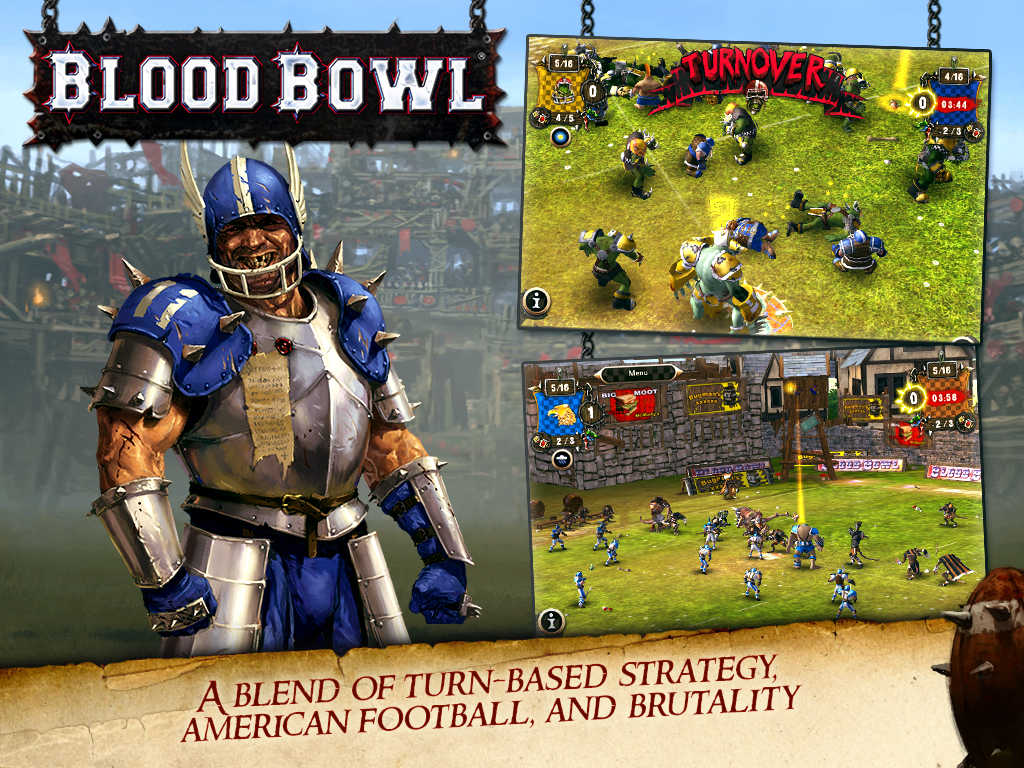 The coolest thing about the game has got to be the cross platform multiplayer, as it’s always great when you can play with people outside of the iOS ecosystem, like Space Hulk ($4.99). The thread in our forums is filled with great info from forum members, particularly this post by Parkingtigers who points out a lot of minor rules and gameplay elements that aren’t really explained in the tutorial.

Stay tuned for a full review, but it’s safe to say if you own an iPad and have ever been interested in Blood Bowl in the last 20 years, you might as well just snag this game.