The music industry is in a real weird place right now, and, arguably, has been since the advent of Napster. These days, MTV is nearly irrelevant, music videos are shot with comparatively microscopic budgets with hopes for viral success on YouTube, and terrestrial radio has taken a back seat to the many great options for streaming music via the internet. Bands are forced to get creative, both when it comes to initially getting discovered as well as maintaining and fostering that popularity. Mobile gaming obviously is undeniably huge, which has bands like Avenged Sevenfold asking, “Why not make a video game instead of a music video?" 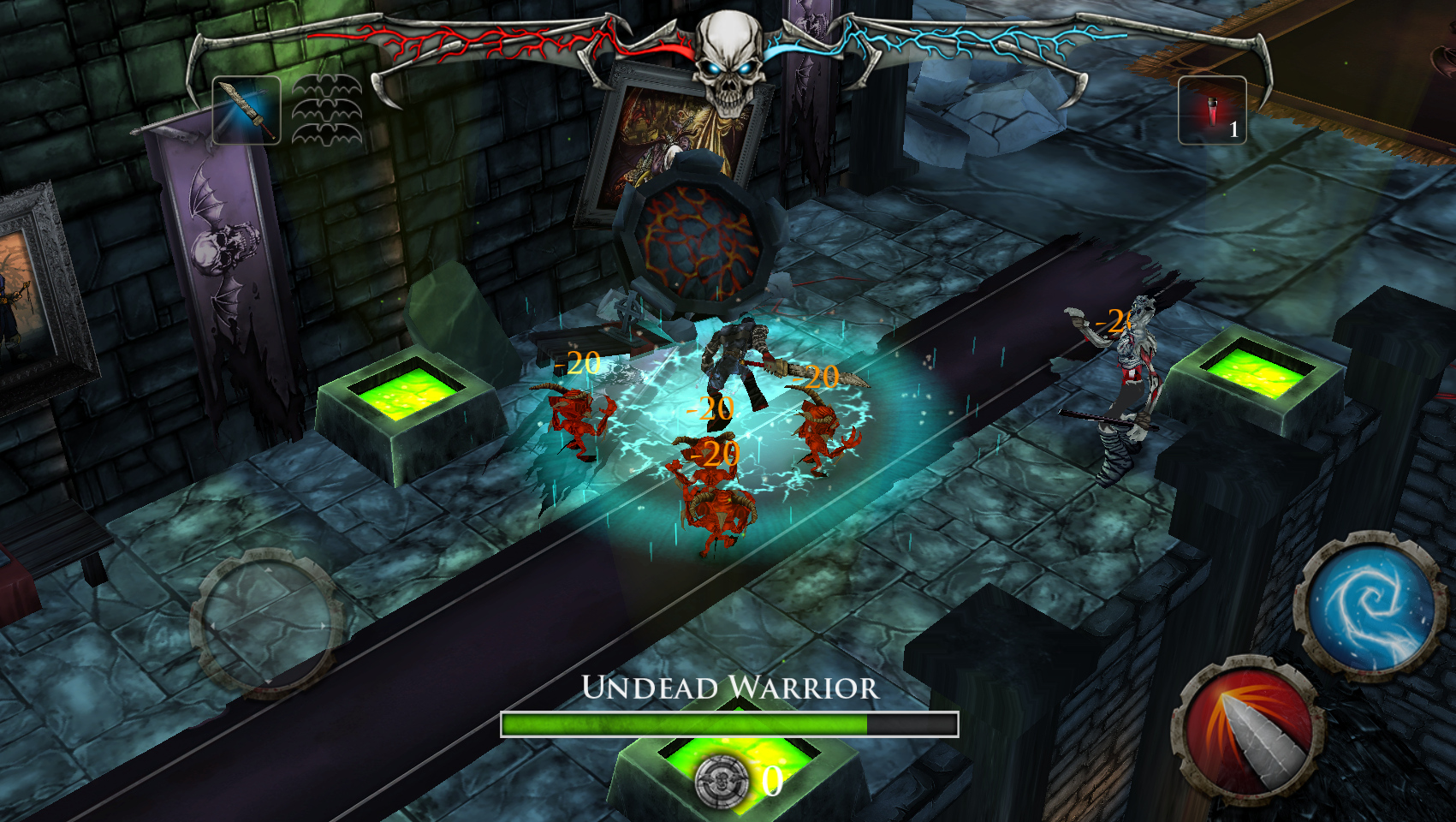 They’re certainly not the first band to do it, as Linkin Park has two games on the App Store right now between Linkin Park 8-Bit Rebellion ($1.99) and Linkin Park Recharge – Wastelands (Free). The first band game I remember playing was Aerosmith’s Revolution X in arcades, and since then there’s been a bunch of other weird semi-branded games released throughout the years. What sets this one apart is just how far back the Avenged Sevenfold brand is from the Hail To The King: Deathbat game. 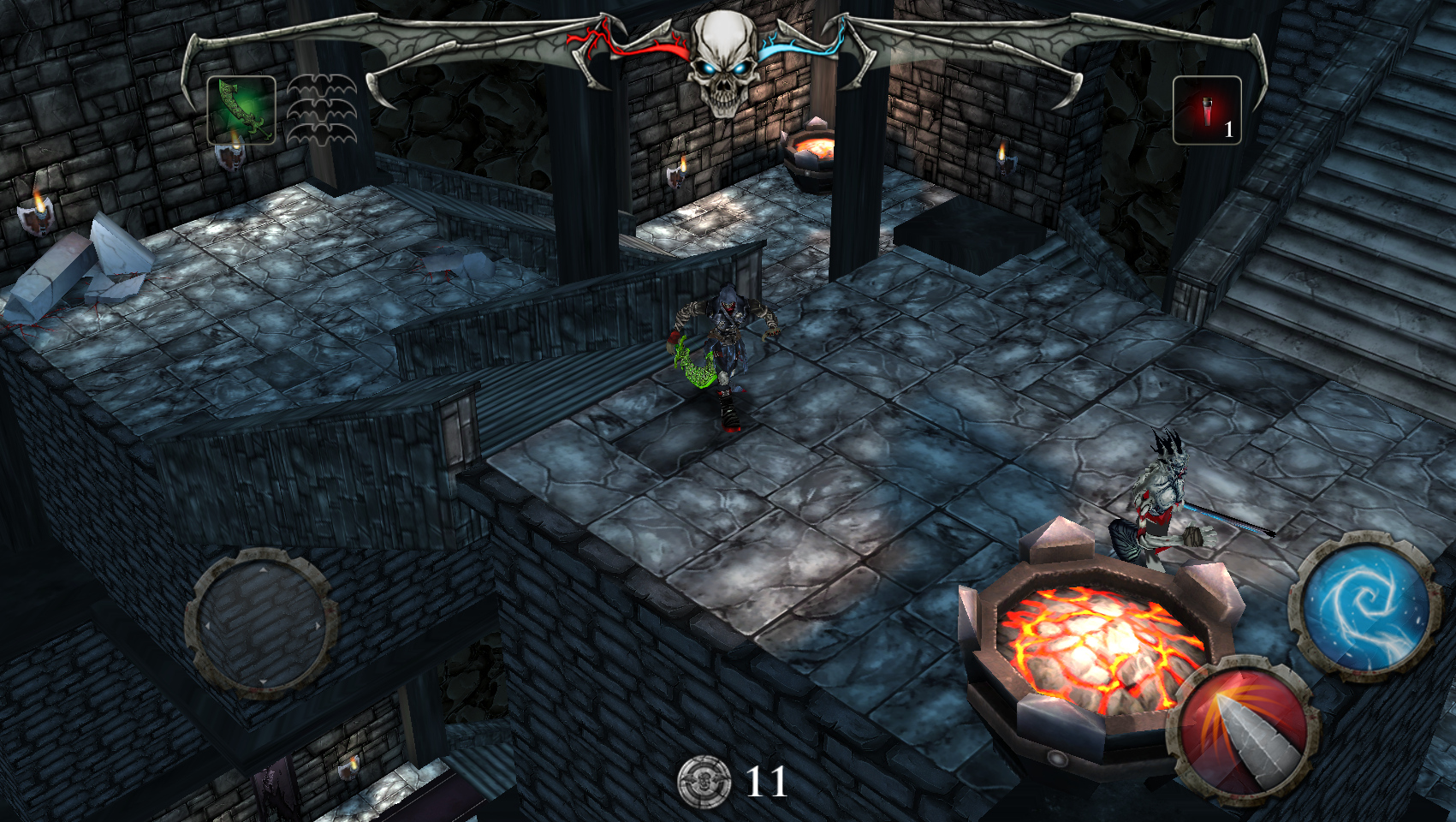 The game explores the story of Deathbat, who is a “resurrected King of the Underworld who is tasked with reclaiming the lands of Haides from the despotic Dark Andronikos." Gameplay centralizes around combat that feels vaguely God of War-ish in that you can do a normal melee attack as well as magical attacks and both can be customized with a huge library of swords and spells to eventually unlock. Unsurprisingly, the music in the game is this awesome modern 8-bit-ish mix of Zelda-y Castlevania-y goodness. (They recently put a preview on soundcloud.) The whole “Hail To The King" thing is an obvious reference to their top song (on Spotify, at least), Hail to the King. If you haven’t heard it, here’s the video:

I was able to sit down with Avenged Sevenfold front man M Shadows last night and hear the story behind the game, which basically made me go from “Eh, band game, whatever" to “OK this actually sounds really cool." We actually have pretty similar gaming roots, as most 30-something gamers seem to have these days. As M Shadows explained what they were going for with Hail To The King: Deathbat, he made constant references back to wanting to incorporate his favorite elements of old school games. I lost count of the number of times he mentioned Zelda.

Stepping back a bit, if you ask someone what kind of game you should make for the App Store, that answer almost always to look at what’s hot at this moment and just make that. We saw a bazillion Flappy Bird clones, and developers are still releasing their own re-skinned Clash of Clans knock-offs. M Shadows mentioned being advised similar things, but, that’s not how Avenged Sevenfold the band has remained relevant. They’ve continually done things that are different from what they’ve done before, and instead of following the crowd, they position themselves as the ones who are followed. 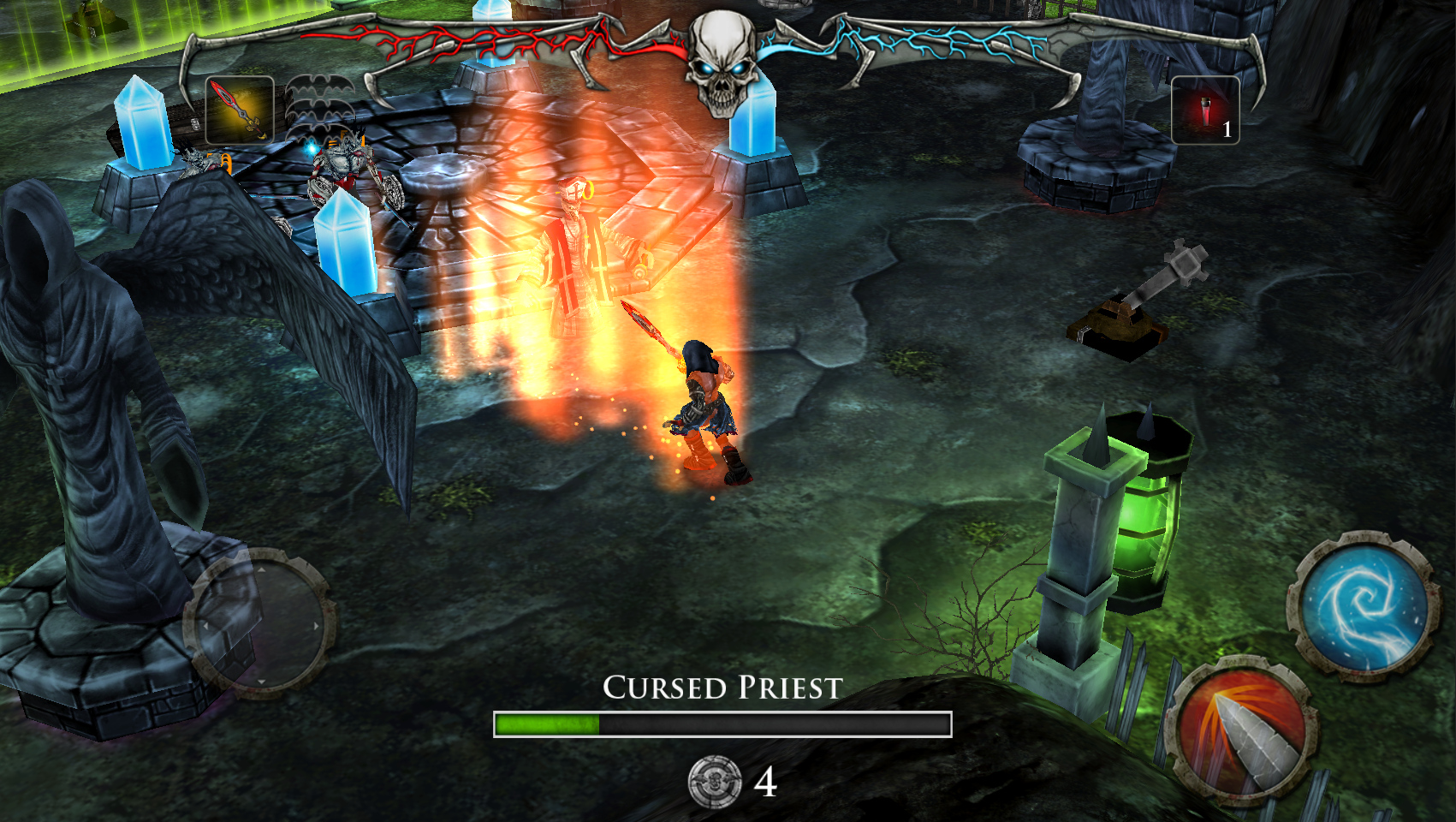 So, in a similar vein, Hail To The King: Deathbat is bucking basically every trend on the App Store right now. It’s designed to be difficult and unforgiving, it’s a premium game with a half million dollar budget, you don’t need IAP to play it, and they’re already planning a sequel. M Shadows is making the game he wants to make, instead of the game everyone thinks you should make to maximize profits, and I can’t wait to see how it’s received. It’s hard to not have massive amounts of respect to someone who is willingly designing something for what amounts to a supreme niche on the App Store.

But, it raises the question, is it a supreme niche because that’s just not what iOS gamers want, or is it because few developers are providing it? Regardless of how you feel about Avenged Sevenfold, you’ve got to give them props for what they’re trying to achieve. Whether or not you even like their music, it’d be pretty radical if they could be the same trend setters in the gaming industry as they have been in the music industry. As we mentioned in our Game of the Week post last week, I feel like everyone around here would be way happier if there were more hardcore premium titles on the App Store.

They’re doing a couple more optimization passes on the game, then will be announcing the release date of Hail To The King: Deathbat in the not too distant future. If this sounds cool to you, be sure to add this game to your watch list on the TouchArcade app (Free) for more details when they’re released.