There have been a lot of grumblings about Square-Enix’s lack of updates on some of their games, but the company has been slowly and quietly going through their back catalog in the last little while making little touches here and there. Final Fantasy 3 ($6.99) and Final Fantasy 4 ($6.99) have both received updates for MFi controller support, Final Fantasy Tactics ($6.99) got a major overhaul, and now it seems like one of Square-Enix’s first iOS ports, Secret of Mana ($3.99), has gotten its turn.

Originally released on the Super NES in 1993, Secret of Mana quickly became a cult hit, with many follow-ups but few re-releases. After being reissued on Nintendo’s Wii Virtual Console service, it was released on the App Store in 2010, which might as well be a million years ago in app years. While it has received a few updates since then, they’ve only covered critical bug fixes and extra language support. 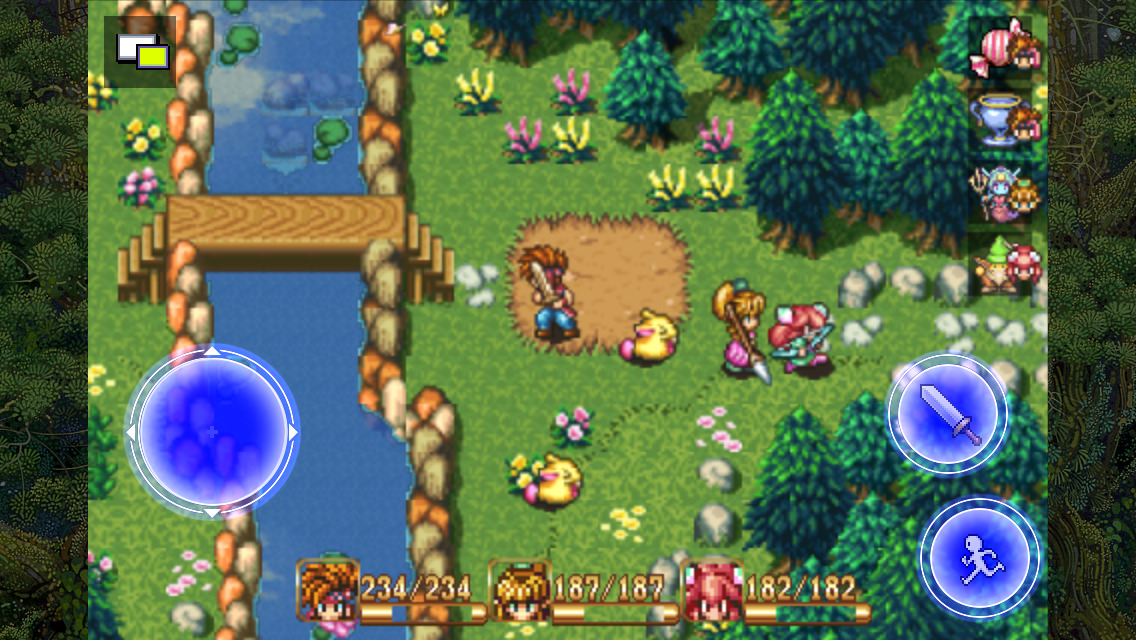 The new update that just hit today has added MFi controller support, an improved virtual stick for those without controllers, new high resolution UI elements, a fix for the long-standing bug with the background music, and support for retina and 4-inch displays. Since most of the complaints about Secret of Mana‘s iOS port centered around control difficulties, getting an update that addresses those issues for both people with controllers and without is great. The graphical updates are bit more of a mixed bag, with decorative borders making up the extra screen real estate on bigger displays and the new retina graphics mostly consisting of a filter that gives the game a blurred look. I guess there’s only so much you can do without having to remake a lot of things from scratch. At the very least, the new UI elements look great. 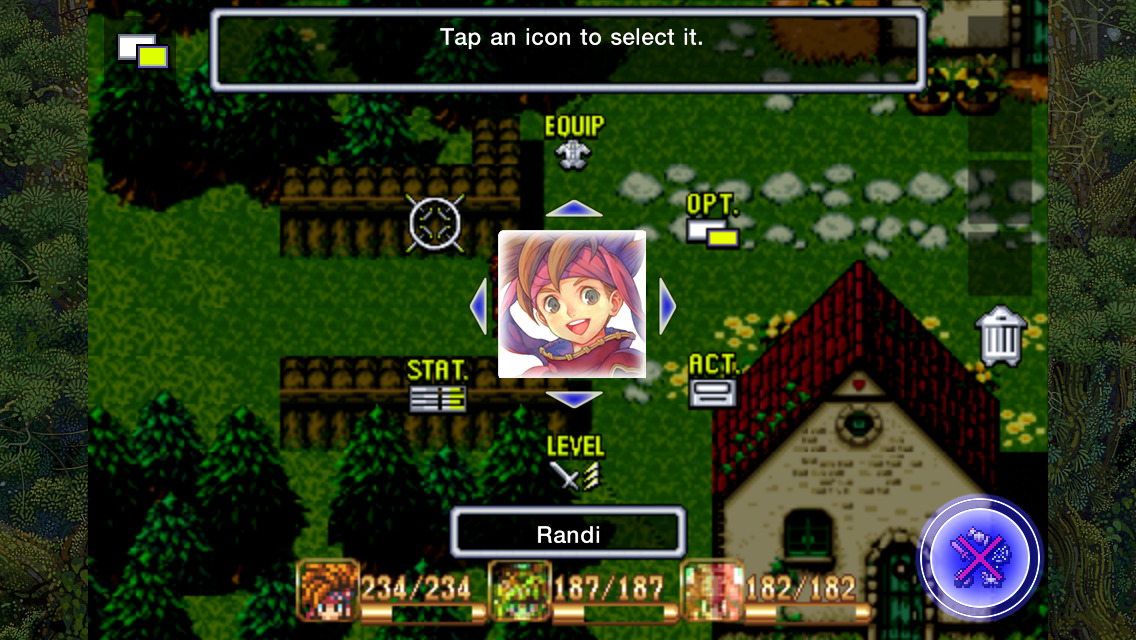 Honestly, I’m just happy to see Secret of Mana getting a bit of attention. Since it’s not technically a Final Fantasy game and it’s fairly old, it would have been pretty easy for Square-Enix to pass on updating it. Instead, we’ve got a spiffy new version of the game and a great reason to give this old classic yet another playthrough. With any luck, this might mean updates for some of their other classics are on the way, too. Last one to beat up Santa Claus is a rotten egg!