Game of Thrones Ascent (Free), if you haven’t fiddled with it yet, is a really neat game dripping with Game of Thrones fan service for both book readers and show watchers. A lot of people really like it, which, in the Game of Thrones universe means someone is going to die. Right?

Anyway, we posted about it a few months ago, but the developers have been aggressively updating the game along with the show, but previously all of these updates were iPad-only. The latest update added universal support, so if you’re a Game of Thrones fanatic but don’t own an iPad, here’s your chance to see what all the fuss is about. 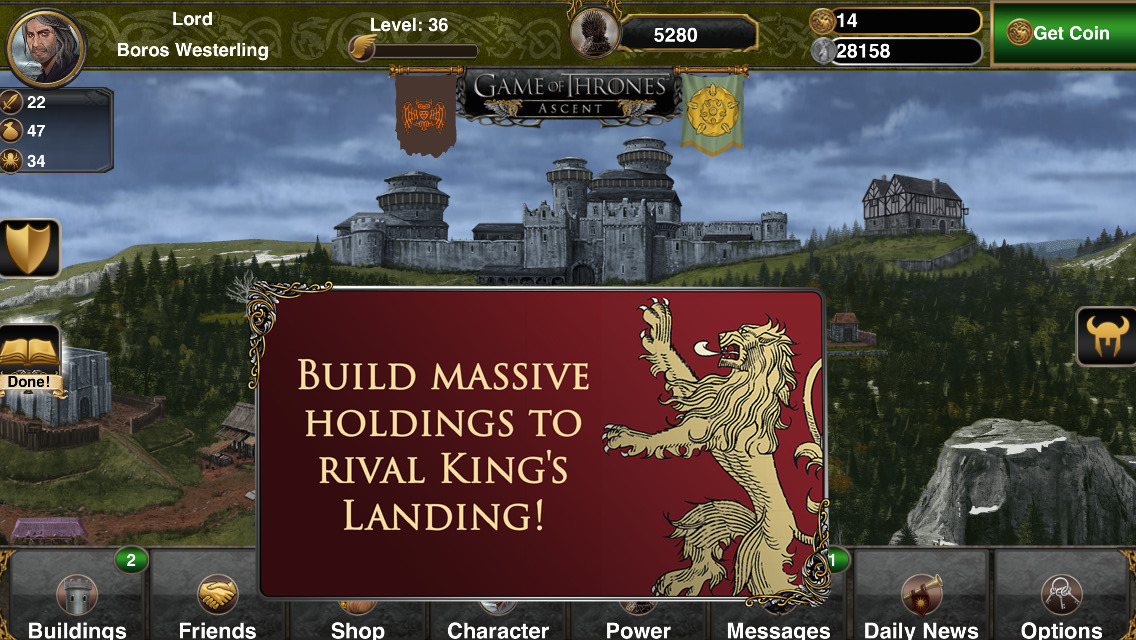 The UI rework for the iPhone doesn’t seem that bad. There’s a lot of stuff going on in this games, so it is tiny buttons galore… But, nothing is reaction based by any stretch of the imagination so any fat-fingering won’t result in too many Starks getting beheaded. Or, maybe it will, that’s how GRRM rolls.