Angry Birds Star Wars II (Free) is now a free-to-play game. Rovio has taken a lightsaber to the app’s price, cutting it to free while the previous 99 cent price cried out in horror. The whole game is available for free, and 30 new levels have been added, 15 for the Bird side and 15 for the Pork side in the “Master Your Destiny" level pack. 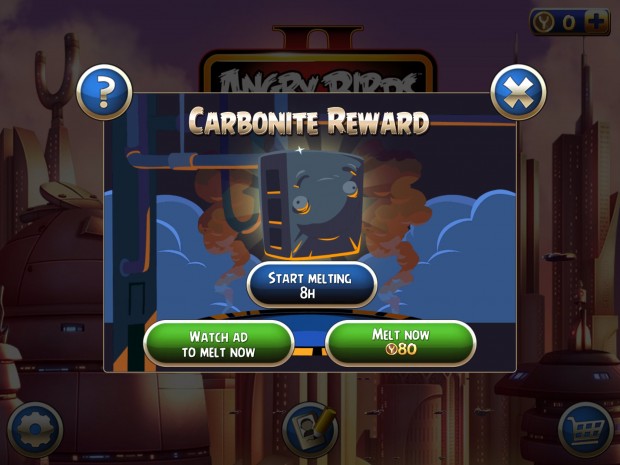 Of course, the Angry Birds series has been on a path toward free-to-play for a while now, with consumable in-app purchases to buy screen-clearing boosts and the like. Launch the game for the first time now, and a slot machine “carbonite reward" to get a random character is presented, with an 8 hour wait to get the item, an 80 coin payment to get it instantly, or watching a video ad.

Even the shop is presented well before any level select screen is. And while each level has its own set of birds to use, dropping in purchased characters, which comein consumable form play a larger role. As well, the Telepods toys can be used to use new characters right away. 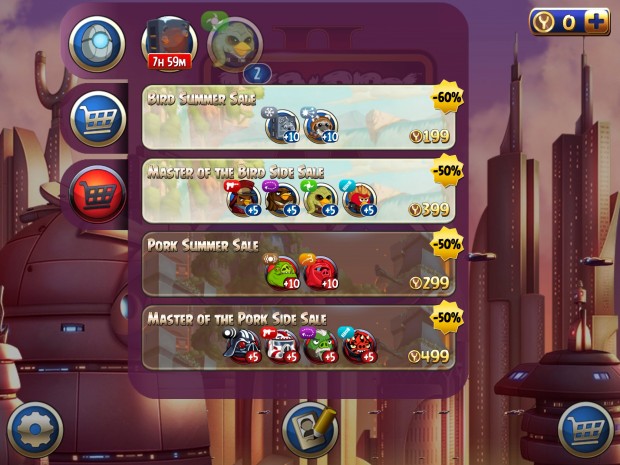 It’s as if a million paid apps cried out in terror and were suddenly silenced.