They ventured into outer space, starred in their own cartoon series, and even wrestled with the idea of Go-Kart racing, but now our favorite feathery icons have left their physics puzzling roots behind and nose-dived into an all new medium. Sticking with the all-familiar theme, (involving birds, pigs, and the ever iconic eggs), the feathered flock have found themselves yet again in the midst of an all-out war, and in the form of a cute strategic RPG nonetheless. Angry Birds Epic (Free) is, underneath it all, a game with familiar role-playing mechanics, but a far cry from the norm; there’s no princess to rescue or the customary “chosen one”, nor are their side-quests to unlock or towns to explore. No, Angry Birds Epic is a non-stop consecutive procession of turn-based fights that are selected from a slightly linear (and rather Mario-esque) map.

Combat starts off fairly simple; you drag a bird to the target in order to attack, and tap on the enemy to trigger a defense move. Dragging one ally to another will in turn buff their stats, and there’s also a hot chilli pepper (yeah, what?) that involves some kind of crazy special move. 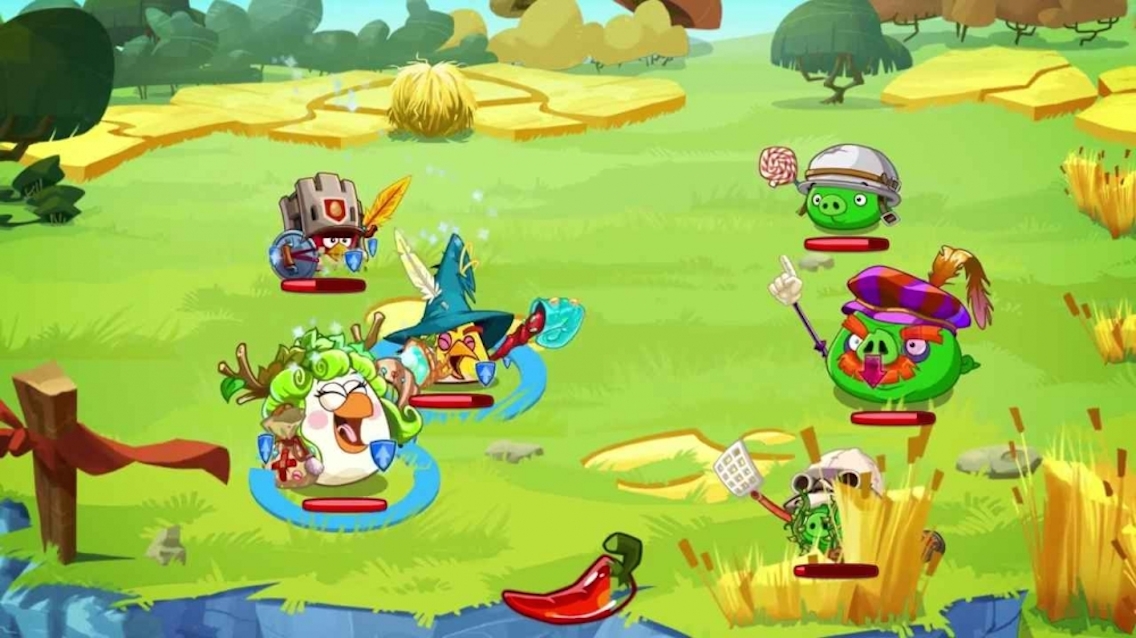 As you advance, you’ll rescue and retrieve more feathered friends along the way, each one with its own variety of hardcore stats and special attacks hidden behind those feathery forms. Though the game seems fairly straightforward, there’s a lot of depth to discover underneath each layer. This includes an extensive bestiary of bad piggies to fight who each have their very own tactics, and a whole variety of typical RPG-like elements to uncover in-game, such as crafting new weapons, using loot to brew potions and swapping headgear to switch to a completely new class.

The battles can be a little repetitive after a while, no word of a lie, but the fights are enjoyable for the most part. More entertaining than most RPGs is the ability to switch between a variety of attacks and spells in order to defeat the baddies. Once the game opens up a little and you finally have a crew of badass birdies to kick some butt, it certainly becomes more entertaining and less tiresome. 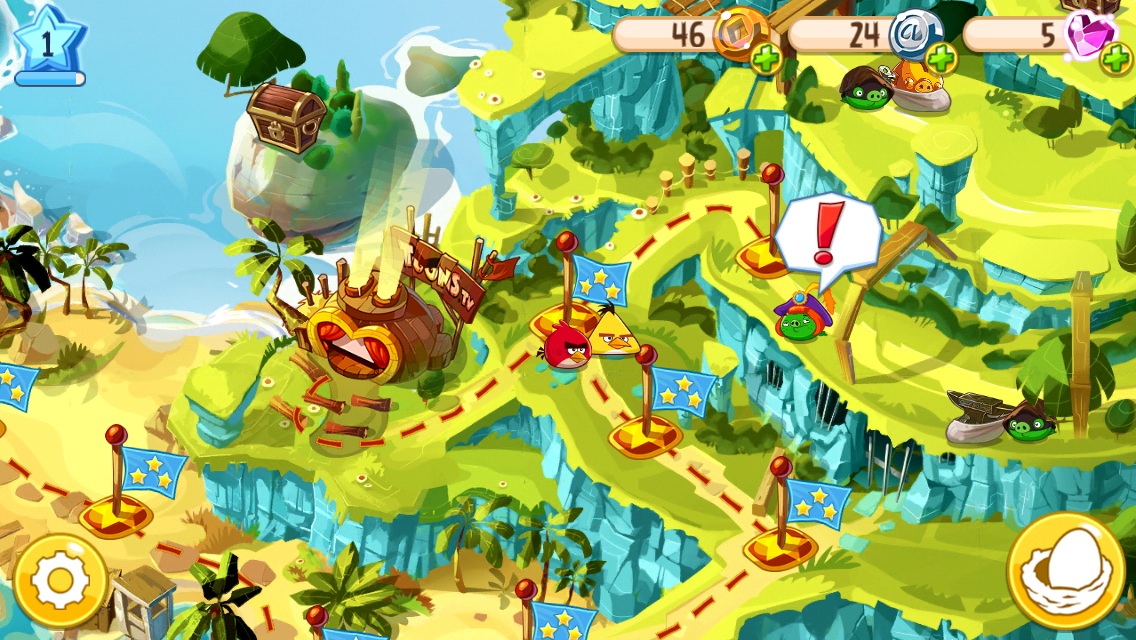 Daily rewards such as the golden pig will keep you coming back for more goodies, alongside additional bonuses in the form of a roulette wheel whenever you defeat some enemies and complete a mission. Coins can take a hell of a long time to accumulate so those who tend to like things to move a little faster than the norm will probably submit to purchasing more via the dedicated store, especially further down the line when the game opens up some. The game will become more challenging as you advance, and so IAP gradually becomes more necessary as you continue.

Unfortunately, though the game is altogether an enjoyable experience, the incessant nagging to part with your pennies can get a little grating after some time. One aspect that Angry Birds doesn’t fall short on is how much the game relies on monetisation and how often it will nag you to dig deeper into those pockets. You can spend money on potions to resurrect birds, buy special items (such as the Golden Chilli) and pay to re-spin the roulette wheel, perhaps resulting in bigger and better items and goodies.

As the game progresses, it definitely becomes more challenging, and enemies will become much harder to defeat. It’s easy to complain that grinding isn’t fun, but if you’re familiar with the typical RPG genre, this is something that has been a huge contributor since the early years.

Perhaps those who are not really familiar with the genre will struggle a little to get to grips with it, and there’s not really a huge deal to offer fans of the brilliantly acclaimed physical puzzler, but Angry Birds Epic is a joy to play if you like a unique and rather weighty in-depth challenge. There’s a whole host of content unique to the game and overall, the cartoony visuals are beautifully polished and eye-pleasingly delightful.

Angry Birds Epic is for the most part enjoyable, but it’s let down considerably by its endless IAPs and continual nagging.That said, it’s a great introduction to the RPG mechanics for those who want to dip their toes in a little and try something new.