King’s on a sequel kick: they just released Bubble Witch Saga 2 (Free) worldwide, and now have Candy Crush Soda Saga, the sequel to Candy Crush Saga (Free) soft-launched in several countries on Android, with an iOS soft launch on the way in Canada as well. 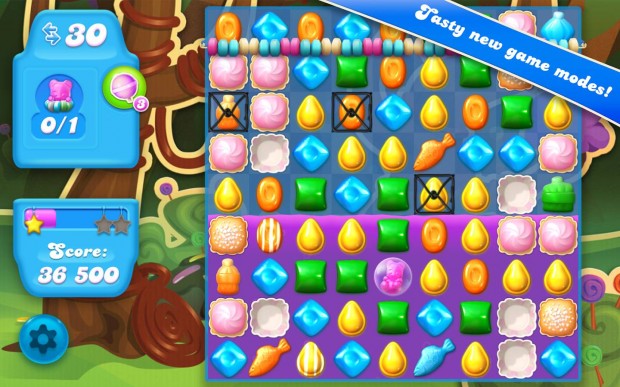 There certainly don’t appear to be any big changes to the formula – it’s still a match-3 game. There’s also a new purple block that helps to create new match possibilities and likely make for more challenging levels. Of course, whether the game winds up being the mega-hit in popularity and as a money-maker will be the big question surrounding this game and its eventual worldwide release.