Here’s a brand crossover that I’d never imagined: Lima Sky’s cult iOS hit Doodle Jump has just launched a new crossover game with Nickelodeon’s long-running cartoon character SpongeBob SquarePants. The new game, cleverly titled Doodle Jump SpongeBob SquarePants ($1.99), features the same tilt-based vertical jumping that made the original Doodle Jump such a sensation. However, as easy as it would have been to just slap SpongeBob into Doodle Jump and call it a day, that’s not what they’ve done here. Instead of the normal endless high-scoring affair, the game is broken down into more than 40 increasingly challenging levels. If you beat all of those levels you can unlock an endless mode, or just unlock it early by using the in-game currency.

And that sort of brings me to the not-so-great part about Doodle Jump SpongeBob SquarePants. It’s a paid game, clocking in at $3.99, but it also has many of the type of stuff you’d expect from a free to play game like in-game currency and consumable power-ups. You collect the in-game coins from playing, though at a pretty slow rate, and then can use them to purchase power-ups, upgrade the effectiveness of those power-ups, or unlock additional costumes for SpongeBob Doodler. If you want to speed up the coin collecting process a coin doubler is available as well–for $4.99, a dollar more than the game itself costs. 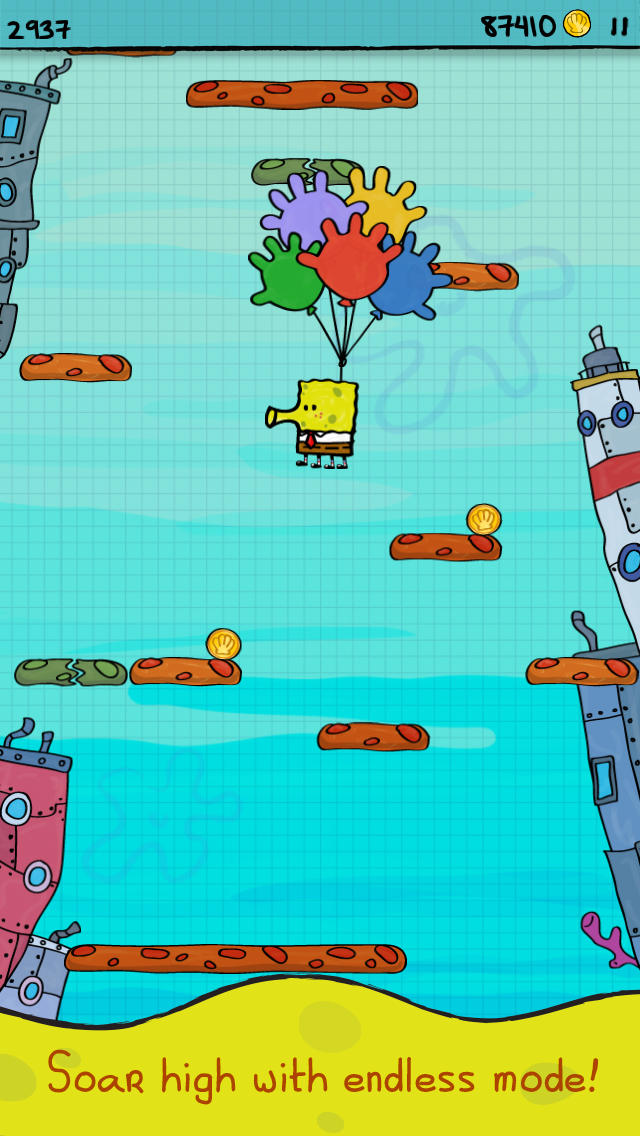 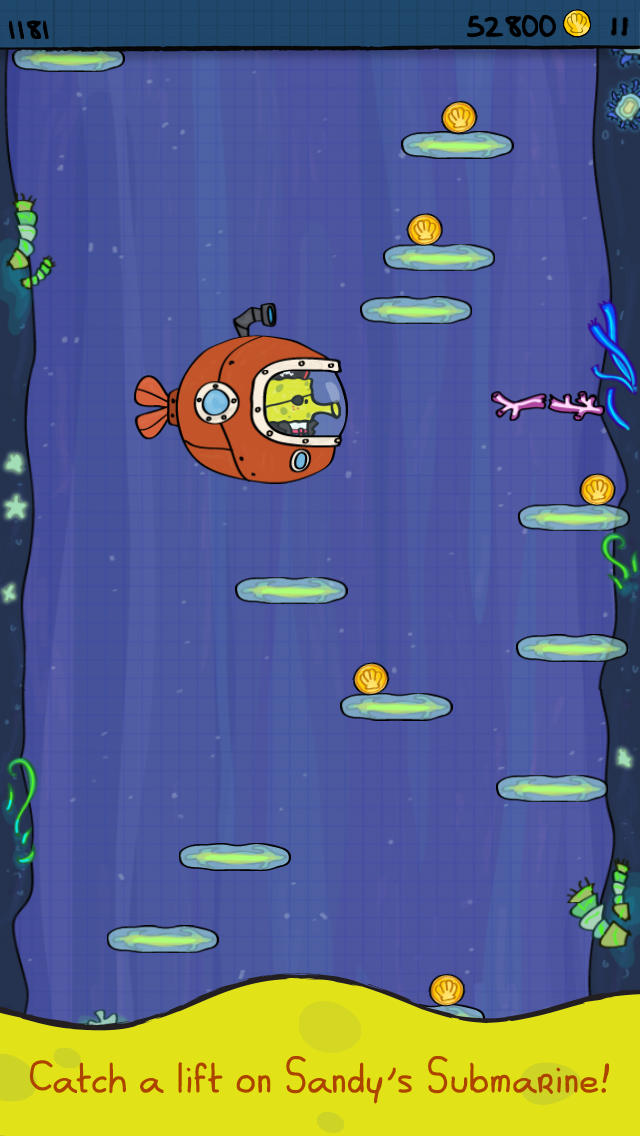