I kind of feel bad for this game. Not only did Journey To Kreisia ($7.99) release at almost the same time as Square-Enix’s Final Fantasy VI ($14.99) iOS remake, but it’s also having to live in the looming shadow of Alphadia Genesis‘s impending release. Kemco’s RPGs aren’t terribly high profile at the best of times, and RPG fans clearly have their attention elsewhere right now. I think that’s too bad, because while this game isn’t an outstanding RPG by any means, it’s got a great sense of self-awareness. This aspect, layered on top of its familiar, competent EXE Create backbone, lends the whole adventure a fun feeling that separates it from the herd.

The story of the game follows Yusis, a geeky high-schooler who comes from modern Earth. He loves video games and anime, and his parents aren’t dead, which clearly shows at least a few pages from the Kemco handbook have been tossed in the trash. He gets sucked through a portal into the fantasy world of Kreisia by a Priestess trying to summon a savior to defeat the evil Overlord. So yes, this, like the excellent Doom & Destiny ($2.99), is basically a Captain N simulator. It takes itself a bit more seriously than Doom & Destiny, but still isn’t shy about hanging lampshades on the conventions of the genre, which helps forgive some of the game’s generic plot elements. The story sometimes flirts with the idea of going really dark, but disappointingly pulls back when it really should surge forward. Still, it’s an interesting enough story, and as usual, EXE Create’s character work is top-notch, so it should hold your attention for the course of the game’s 20 or so hours. 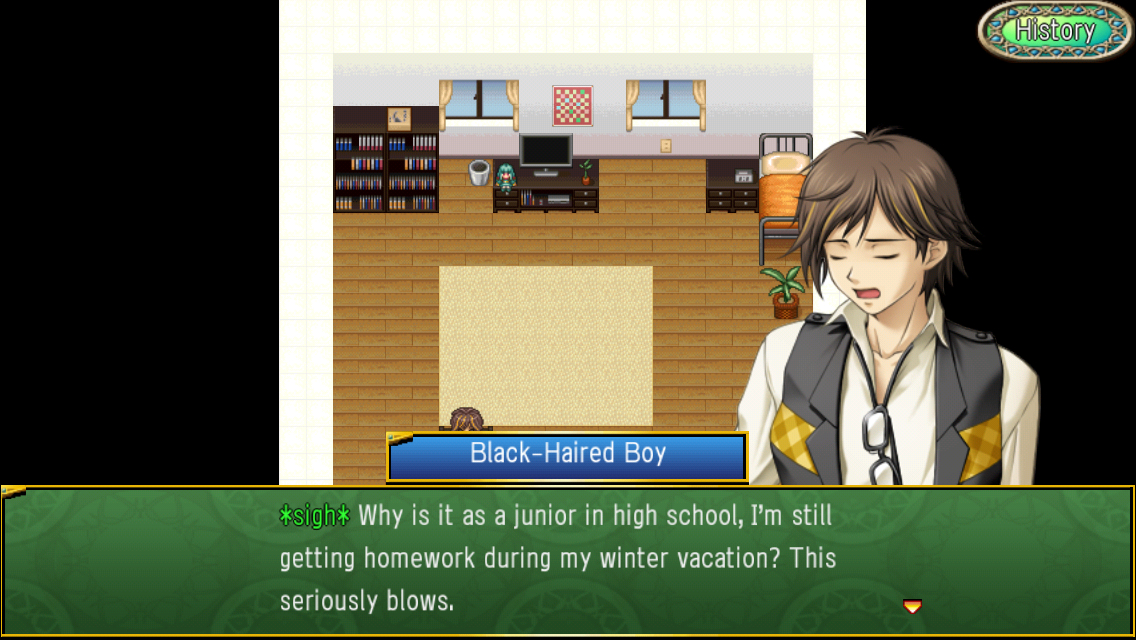 If you’ve played any of EXE Create’s prior RPGs, such as Alphadia ($3.99) or Unlucky Hero (Free), you’ll find Kreisia mostly familiar from a gameplay point of view. You’ll gather a party of four characters, venture from town to town, trek through dungeons, castles, and forests, fight a thousand or so random battles, and stand off against some tough bosses. There are side-quests you can complete to earn some extra rewards, and a new type of sidequest involving treasure maps that send you around the world map to dig up goodies. The battles play out in the familiar Final Fantasy-style turn-based side view, with an ATB-like system that lets each participant in the battle take their turn according to their speed stat.

One of the new elements is the Burst Gauge. These work a bit like the Limit Breaks in Final Fantasy VII. As each character defeats enemies, defends, casts spells, and so on, a gauge will fill up at the bottom of their status window. This gauge can be filled up to a maximum stock of five. At any point after you’ve filled it, you can use the Burst command to use a chain of randomly selected skills, up to the number of gauges you have, at no MP cost. Some skills are learned automatically as you level, while others can only be learned by equipping weapons and using them in a number of battles. Mastering weapons in this way also increases their attack power. We’ve seen this type of system before in RPGs, most famously in Final Fantasy IX, and it has the same effect here, in that you might not always want to replace your old weapon with a new one until you’ve learned the skill it teaches.

In addition, there’s the Orb system, which allows you to junction a variety of orbs to your weapons and armor which grant various effects. These Orbs can be combined by certain NPCs to create new, more powerful ones. They’re not really all that different from accessories, but the combining aspect at least adds something new to the game. Generally speaking, you don’t have a great deal of choice as to how your characters develop, so every little bit helps. One nice side effect of that lack of choice is that the developer more or less knows what your characters will have at their disposal at any given point and sets the challenge of battles appropriately. Dungeons are for the most part well-designed with a lot of fun little secret passages to find with some good treasure as a reward.

Apart from that, it’s business as usual for this developer. They’re using the same engine they’ve been using for years, which means great-looking battles with cool animations aplenty and choppy scrolling outside of battles. This could be the swan song for this engine, as the upcoming Alphadia Genesis is clearly using something new. Let’s hope we’ve seen the last of the scrolling issues. Controls are handled in the usual manner, using touch controls by default with a virtual controller you can bring up or put away at the touch of an icon. The user interface is a bit confusing, especially in shops, where you have to pick out what you’re buying, which essentially puts it in a basket, and then remember to check out at the end with a button on the top right. 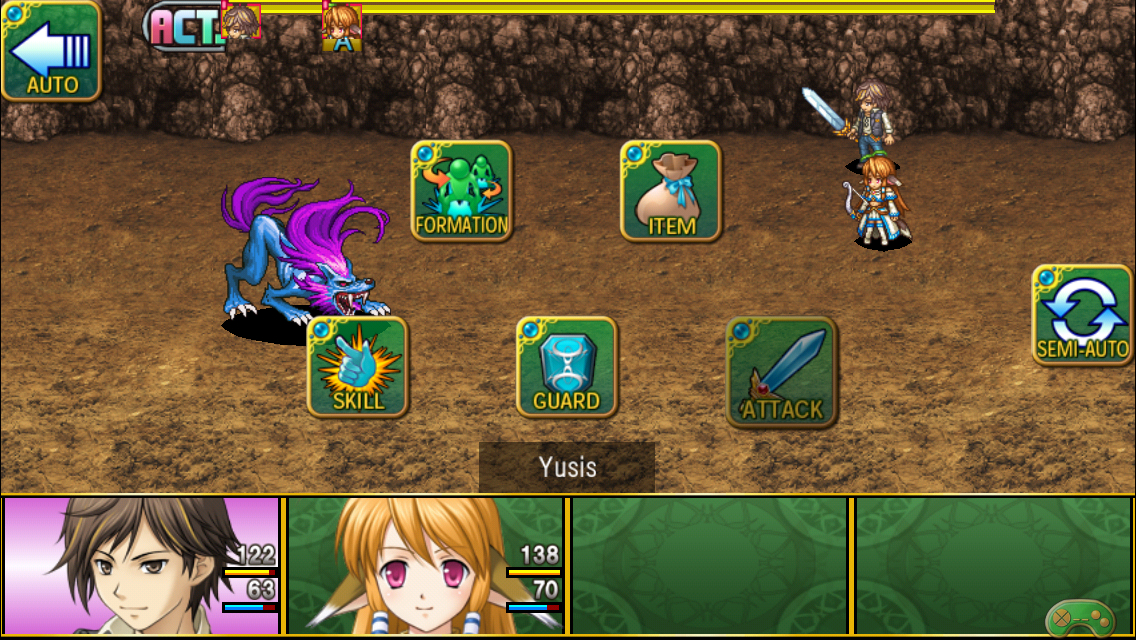 Like many of Kemco’s recent games, there is a form of premium currency in Journey To Kreisia. A selection of cheat items are available to be purchased in special shops using Kreisia Points. These points can be earned in-game by fighting enemies, or can be purchased via IAP. As in EXE Create’s last game for Kemco, there aren’t any extra dungeons or story events to buy with these points, and many of the cheat items can actually be found in-game, so it’s a fairly low-impact implementation. The translation quality is pretty good, as is the norm for EXE Create’s recent games, though it falls flat in a few cases, most awkwardly early on when a character is openly addressing an aspect of Japanese language that isn’t present in English. There are a lot of funny throw-away lines that you’ll only see if you talk to all of the innkeepers and shop staff.

Journey To Kreisia is a solid RPG, but not much more than that mechanically speaking. It doesn’t really let you down in any important ways, but a lot of its charm relies on its unusual premise and interesting characterization. It leans heavily on tropes but its set-up allows it to use them while still appearing savvy by mocking them. I wouldn’t call this a must-play game by any stretch of the imagination, and I really wish they’d fix the choppy scrolling, but if you’re poking through Kemco’s extremely extensive catalog looking for something good, Journey To Kreisia is probably one of the better all-around choices.