The mobile platform is perfect for quick, minimal oriented, “pick up and play" games. Titles like Super Hexagon can be grabbed in a flash, and played for seconds or hours on end. It’s those types of experiences that make it easier for people with busy lives to fit gaming in their schedule, and they’re all the better for it. Enter <Magnetized ($0.99) — another bite sized game that gets even more rewarding the more you play it. It’s also tough as nails.

At first glance, Magnetized looks like a pretty standard puzzle game. All you have to do is help a block get through a set of paths, and reach the “end goal" safe and sound. To facilitate this rescue mission, you’ll tap the screen to initiate “magnets," which help pull the block towards the node and whip it around at will. Once the cube has reached its desired trajectory, you just let go and pray to the physics gods. The marketing quote for the game notes that it’s an “abstract physics adventure" title, but there’s nothing adventurous about it — it’s a straight-up level based puzzle game.

It sounds simple, but it quickly ramps up in difficulty as it throws multiple nodes your way, flashing collectibles to grab, and the concept of only being able to use the nearest node to guide your cube. It’s all in the timing, as throwing a cube off of orbit can result in it smashing against a wall ever so slightly, a fact that the game reminds you of constantly with its on-screen “death count." 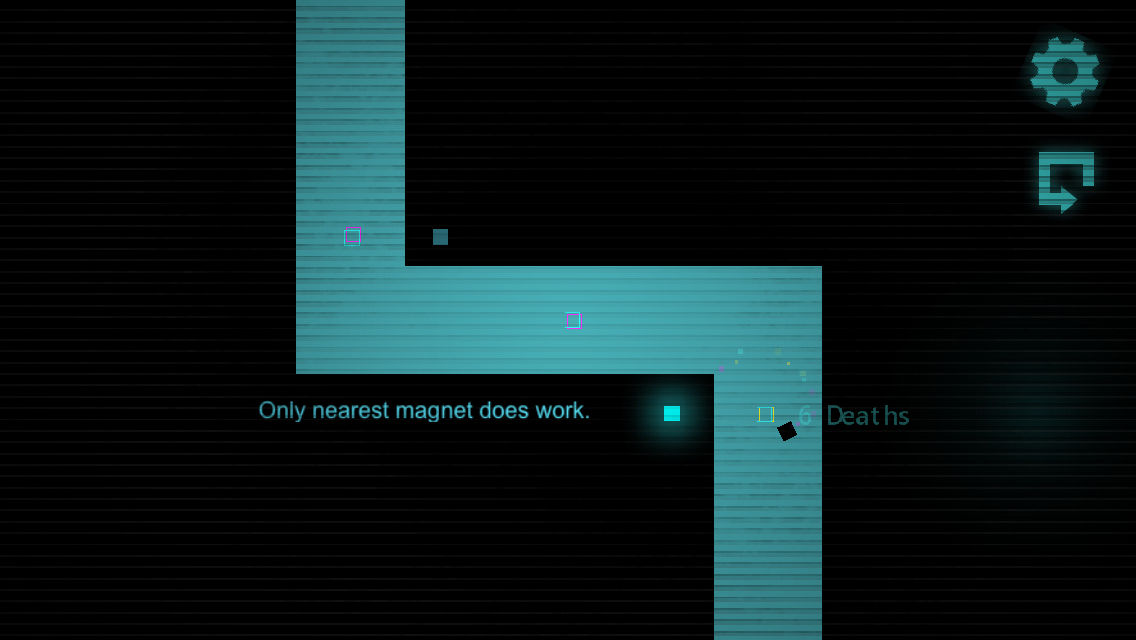 At first, you’ll just use blue nodes, which allow the cube to orbit. Then you’ll move to pink, which uses a vacuum-like mechanic to pull the block, and yellow, which functions as a teleporter. All three areas feel significantly different, and will challenge your resolve in multiple ways. The pink nodes in particular have a twitch feeling to them, and are generally less relaxed than the blue mechanic. The yellow side is probably the most interesting and confusing, and many people will probably quit in frustration. All three feel like significantly different games within Magnetized, which is a pretty unique accomplishment.

Its neon visuals are very well done, and are crafted in a way that makes the game look cutting edge, even if there are only a few colors in the grand scheme of things. The chiptune soundtrack is also a standout addition, which gives the game a ton of character.

There are a few things that make Magentized a bit less enjoyable, most notably the fact that levels mostly only have one solution. It’s a shame, because you’ll have to work hard to figure out exactly what you need to do in any given situation, with very little room for creativity — and given how great the design is, that really doesn’t have to be the case. Then you have the fact that some levels are gated off by how many collectibles you’ve grabbed, which feels like an effort to artificially extend the game’s length. Magnetized isn’t a very hefty game (boasting approximately 80 levels), as it can be completed by arduous puzzle players in a day or so.

Magnetized has the ability to excite and frustrate you in the same moment. With a slightly more polished design, it really could have been a must have puzzle title. But as it stands, hardcore puzzle fanatics will most likely get the most out of it.