Any iOS gamer worth their salt has probably heard of the Sky Gamblers series. Developer Atypical Games (makers of Cold War ($4.99) and Storm Raiders ($4.99)) has already demonstrated a penchant for good air combat titles and with their recently released Battle Supremacy ($4.99), Atypical has taken the fight to the ground with a World War II-era tank combat system. It’s a pretty good transition to the ground war and makes for a visually impressive, enjoyable action-packed game.

Focusing on the second World War, Battle Supremacy’s campaign is divided into three different theaters: Pacific, French and Russian. Each theater has several missions which all include multi-tiered objective that typically involve holding/defending an objective or advancing on a target. While the vast majority of the campaign exclusively features tank battles, a few missions also include boat and plane combat. Strangely enough, I enjoyed the missions that brought some variety in terms of vehicles and wished more included them. Supremacy’s campaign isn’t too long, but a variety of team-based modes against AI opponents add to the game’s replay ability and provide additional avenues to accumulate upgrade points. The game even tosses in a free roam mode that lets you explore the game’s large maps while experimenting with vehicles. 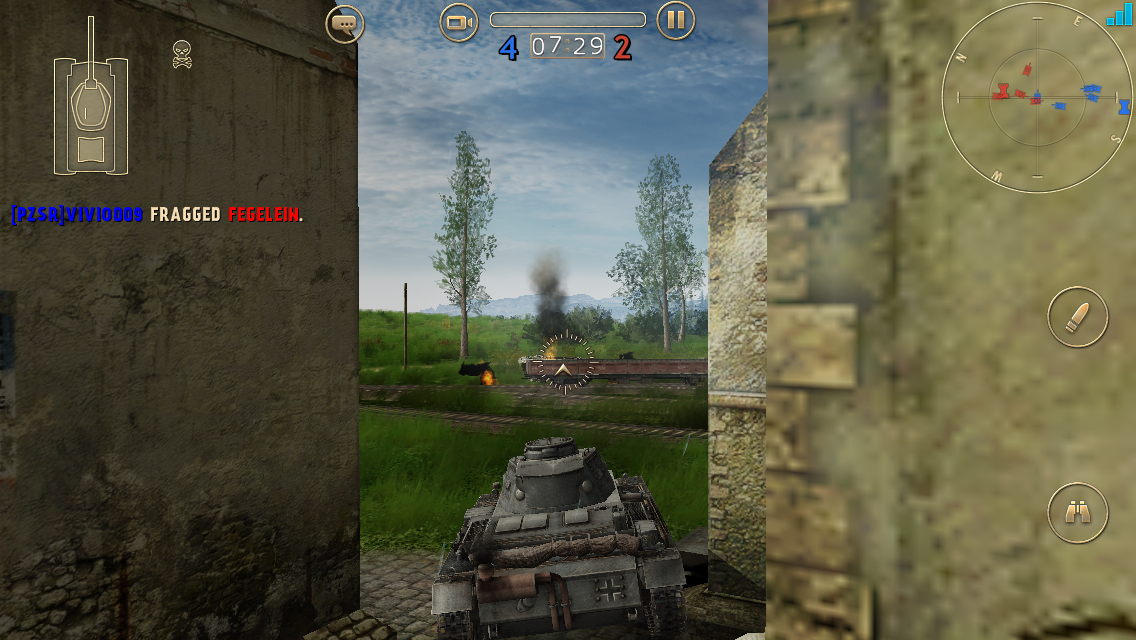 The gameplay, meanwhile, is straight-up tank combat with a robust leveling system built in. Finishing a level awards upgrade points which are used to level up (which unlocks newer tanks) and increase a variety of attributes ranging from armor and guns to radar and speed. Upgrades quickly become expensive, meaning that players might want to think about which tank is their vehicle of choice before pouring upgrade points into it. It’s a good, relatively simple system that focuses more on shooting and less on the consequences of getting hit.

Battle Supremacy isn’t nearly as complex as the Sky Gamblers’ series, but I think this makes it more approachable. The tank controls actually work well enough even on the iPhone’s small screen and options such as auto-aim shoulder some of the shortcomings. One side effect of Supremacy’s ‘simpler’ gameplay is the fact that the tank battles almost become a little monotonous in terms of moving and gunning. I also noticed that the various tanks you can unlock also play pretty similarly. However, the game’s multiplayer goes a long way towards adding some variety. 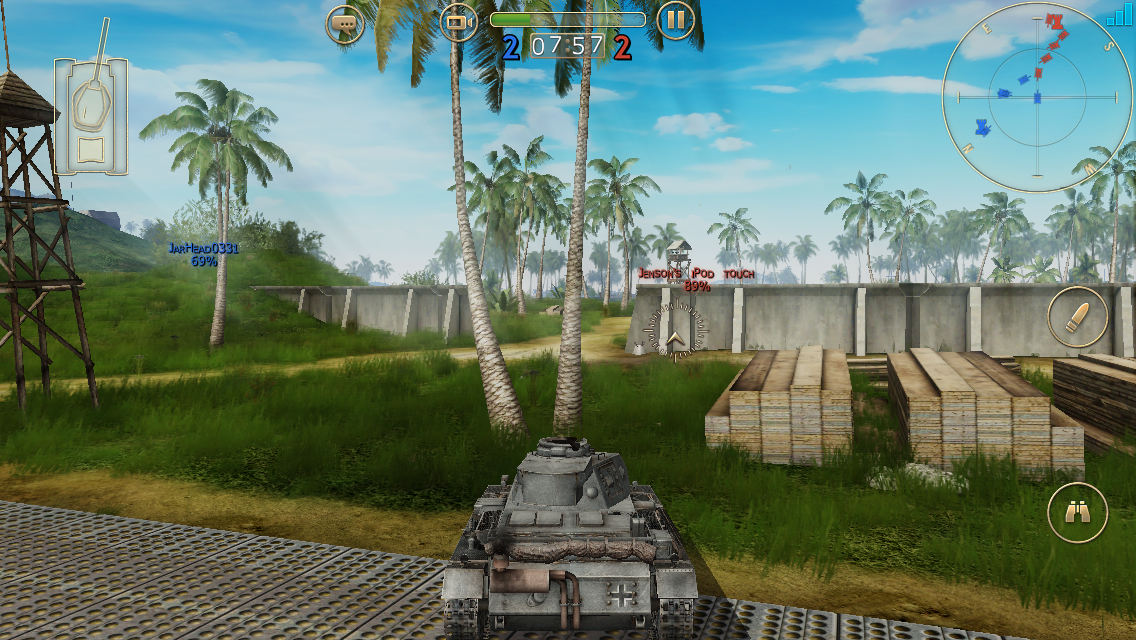 Battle Supremacy’s decent campaign and impressive list of single player modes would have been good enough on its own, but I really enjoy what its online multiplayer has to offer. From a  gameplay standpoint, Supremacy’s multiplayer doesn’t offer anything you don’t see in the single player modes, but 6 v 6 team play combined with large maps, little lag and human opponents make it infinitely more satisfying. Multiplayer simply adds a lot of depth that is absent while playing with the AI. One issue I noted concerns multiplayer balance as it seems like newbies can get matched up with experienced players that have upgraded tanks. It’s a bit frustrating but it’s not as easy for one overpowered player to take over a match like it is in other games. There’s also no IAP to be found, so each player you see online had to earn their way to the tanks they use.

As is the with other Atypical titles, Battle Supremacy is no slouch when it comes to the graphics department. Boasting a visual engine that not only looks great but also includes some great touches like a (mostly) destructible environment and some cool weather effects. This actually has the potential to impact the game as opponents have a tendency to snipe amongst trees or behind walls, forcing opponents to clear the area if they want a clean shot (or serve as an early warning if you see a swath of trees come crashing down near you). A shortfall with the graphics is the presence of stuttering and a low framerate even on current generation hardware. 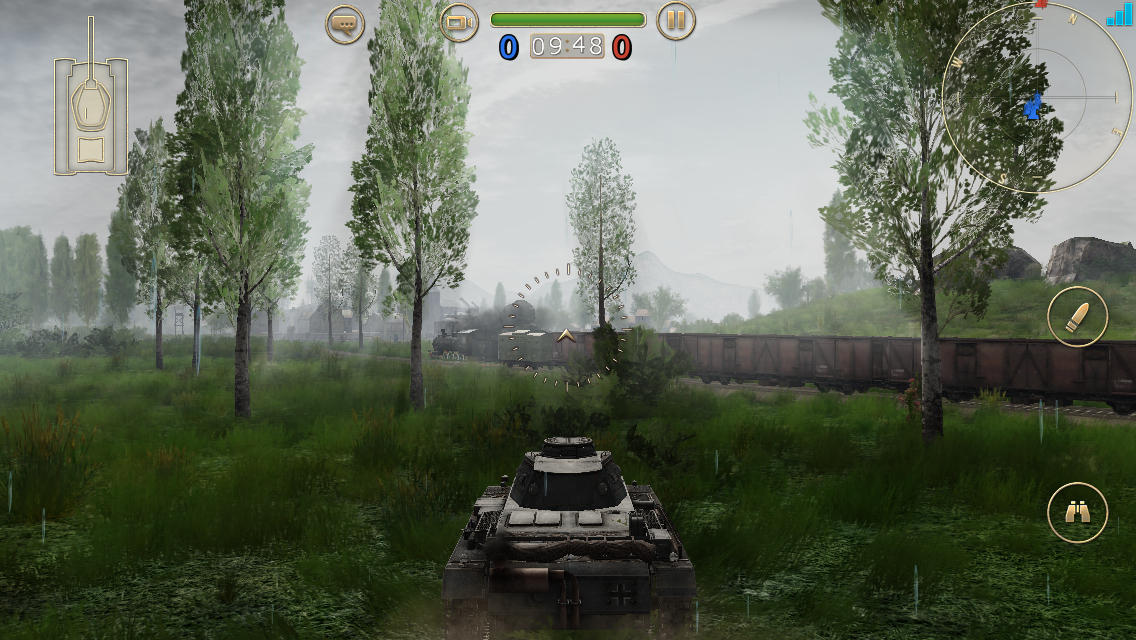 With a laundry list of good modes, great visuals and a pretty decent upgrade and combat system, Battle Supremacy is simply a fun title for anyone remotely interested in tank combat. As noted above, there are a few areas for improvement, but I don’t think they detract ftoo much overall. Simply put, I highly recommend that folks pick it up.