It’s been nearly a year since Kumobius’s Time Surfer ($0.99) was released on the App Store, and today it’s received another major update adding new Holiday themed content. Time Surfer took the hill-sliding mechanic of Tiny Wings and combined it with a Braid-like rewind mechanic to create one of the more exciting and interesting endless runners out there. Fantastic pixel graphics and an amazing soundtrack rounded out the package, and we really loved Time Surfer in our review following its release. Since then it’s been updated with new costumes, new pets, and even a brand new mode called The Kepler Run which significantly altered the normal gameplay. Time Surfer seemed to just keep getting better with age.

Today’s update includes another new mode called Holiday Hills. Again, this new mode changes the formula up by scoring you based on how quickly you can complete its fixed level, as opposed to the normal endless levels which judge you based on distance. Also, there are five new costumes to unlock, including Santa Surfer, the real Santa Claus, a Gremlin surfer, a Daft Punk-inspired Penguin and finally a costume inspired by another Kumobius title Duet ($2.99). A dancing elf, a reindeer, and a “dreaded" lump of coal make up the new available pets in this update. 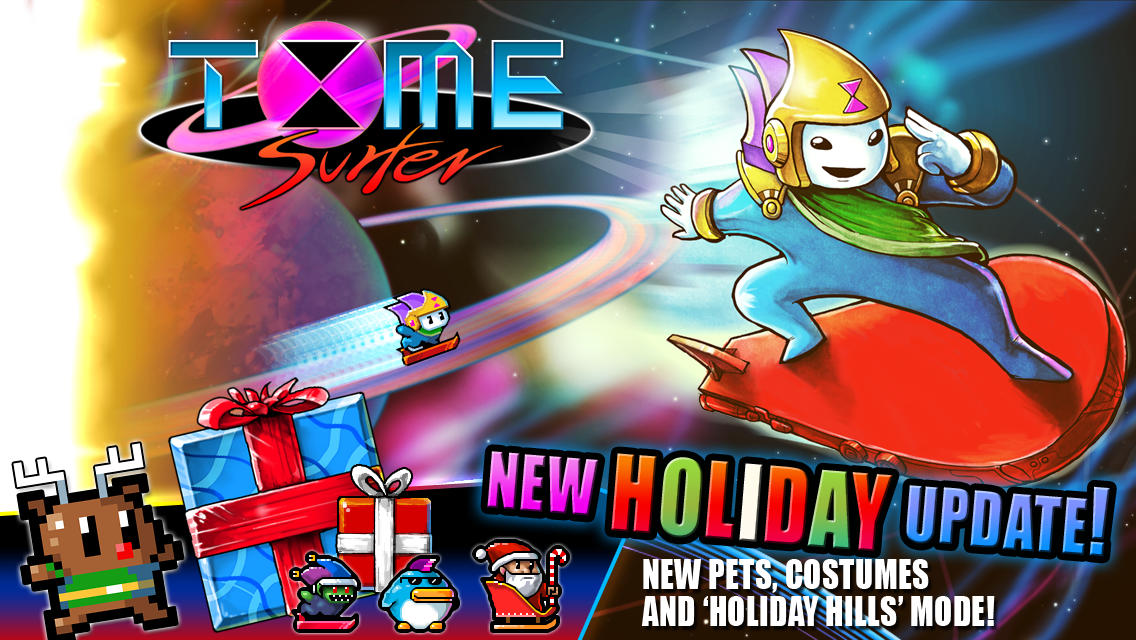 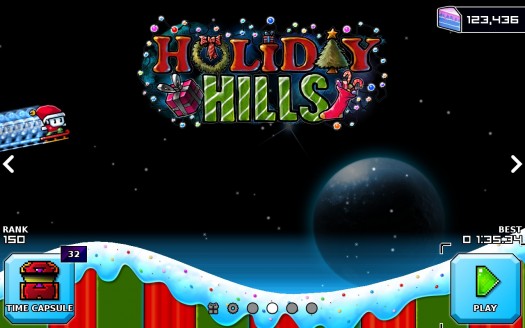 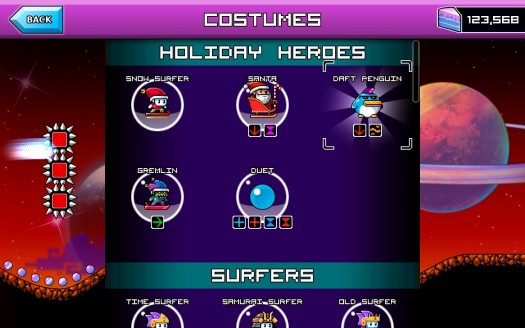 There are also new Game Center achievements to shoot for and a festive new chip-tune to commemorate the new Holiday Hills mode. As I said previously, Time Surfer just seems to be getting better with age, and this latest update is even more evidence of that. If you’ve got a hankering for some hill-sliding and time-rewinding, make sure you check it out.