Strap in, boys and girls, as this week’s release onslaught is one for the ages. I think I’ve got everything here, but there’s always last minute surprises that pop up sometime during the multiple hours it takes us to compile this post. Either way, let’s go wild on some of these games and as always if you’re interested in any of these games be sure to swing in to the forum thread to see what our community is saying about them.

Boom Boat 2 is the sequel to the explosive physics puzzler hit, Boom Boat. The underwater garden gnomes are back and plotting to destroy the world. Defeat their plan using the multitude of weapons at your disposal: Bombs, magnets, dynamite, and even gnome-eating sharks! In this epic story of good vs. gnomes, can you stop them before it’s too late? 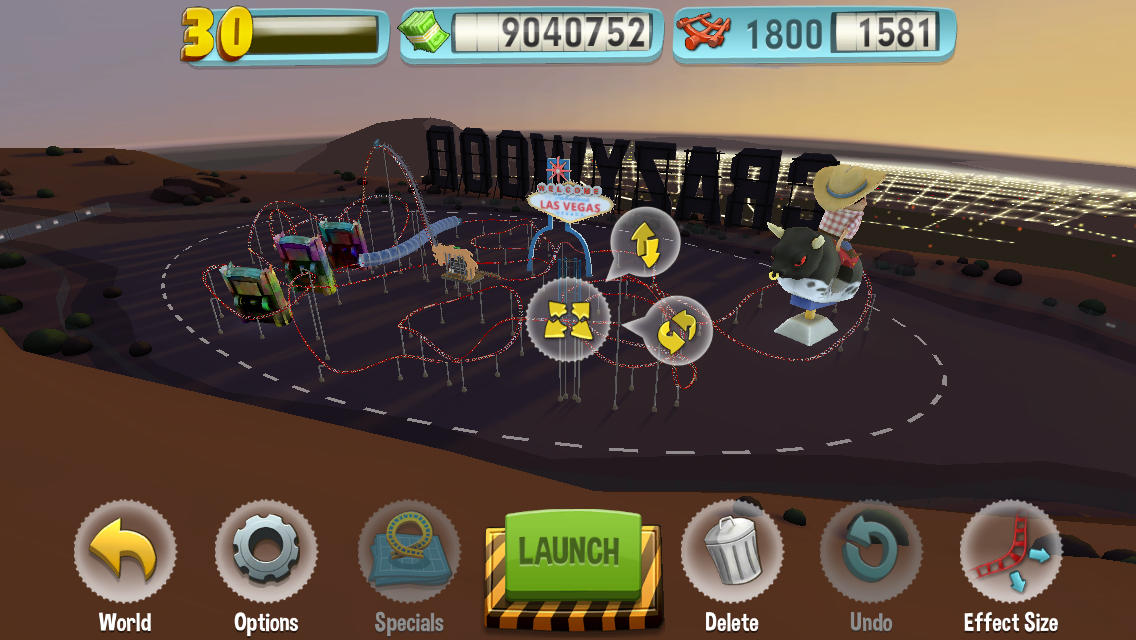 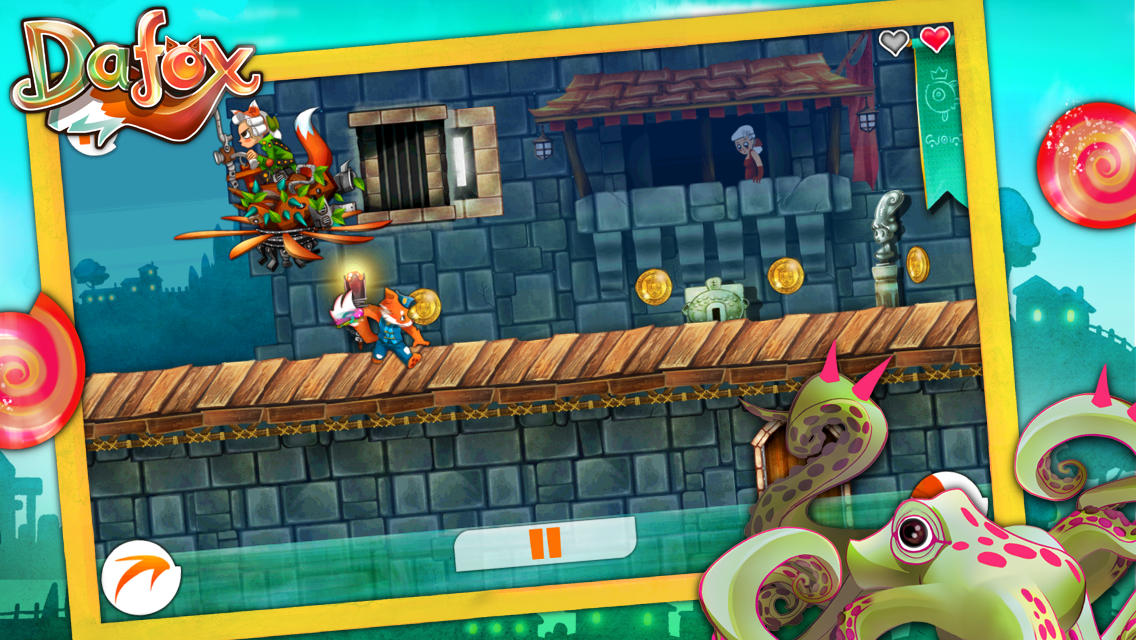 Run for your life and the future of your forest. In this epic HD graphics platformer, your objective will be to run, jump, slide and dodge obstacles and enemies and fight the Kingdom’s Queen.

DMBX gets to the next round: featuring Mountain Bike and BMX action, brand new Downhill, Vert Ramp and Big Air levels, ghost and battle races, new bikes and individual characters from head-to-toe, replay options with picture export, completely new animations and physics, easy trick-steering and much more! Please welcome the freshest Mountain Bike and BMX feeling for your iPhone, iPod touch and iPad! 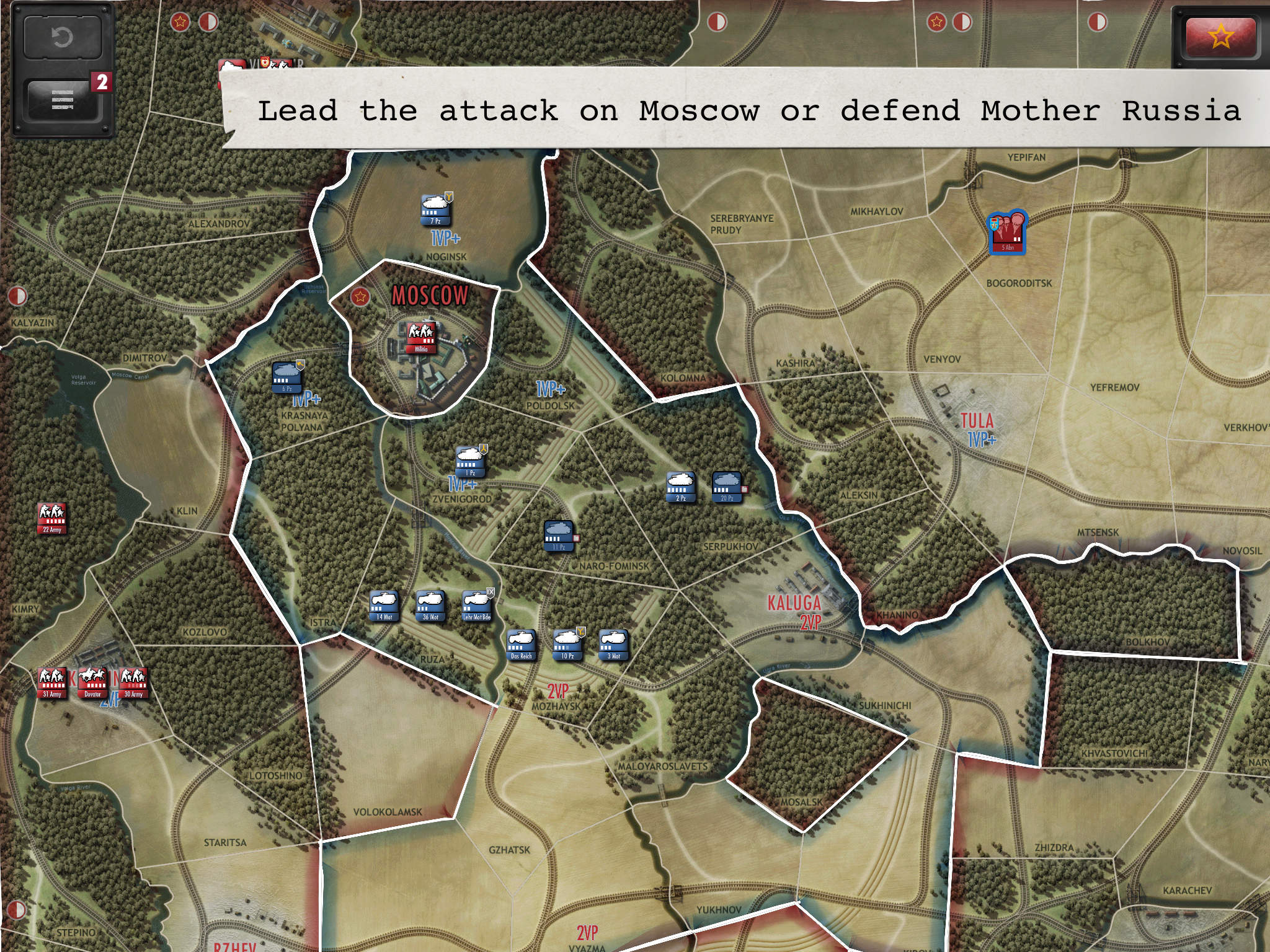 Drive on Moscow, a new strategy game from the award-winning makers of Battle of the Bulge, invites you to take command of the largest battle of World War II. Defend the homeland as the Soviets, or lead a bold push to seize the Russian capital as the Axis.

Dumpster Dive! is a game about pizza, punks, trash, and tapes. The object of the game is simple: collect as much pizza as possible while avoiding trash and broken bottles on your descent into a procedurally-generated bottomless dumpster. 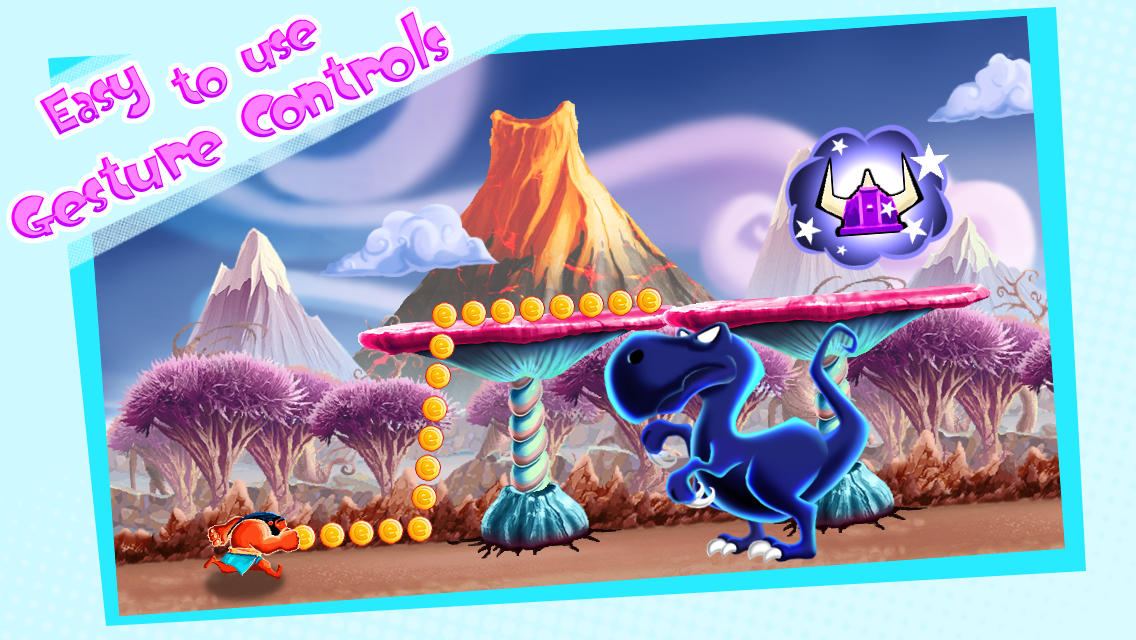 Start the great evolution journey in the shoes of our ancestors from the first age of human history, and travel through all the great ages: Ancient Egypt, China, Roman Empire and many more, until our modern times; and who knows, what to expect from the future!

But beware; you’ll face many obstacles along the road, from cute dinosaurs, to clumsy mummies or angry restaurants chefs. Also it’s quite possible to see sometimes U.F.O.s in the sky. I heard they live among us! So be prepared! 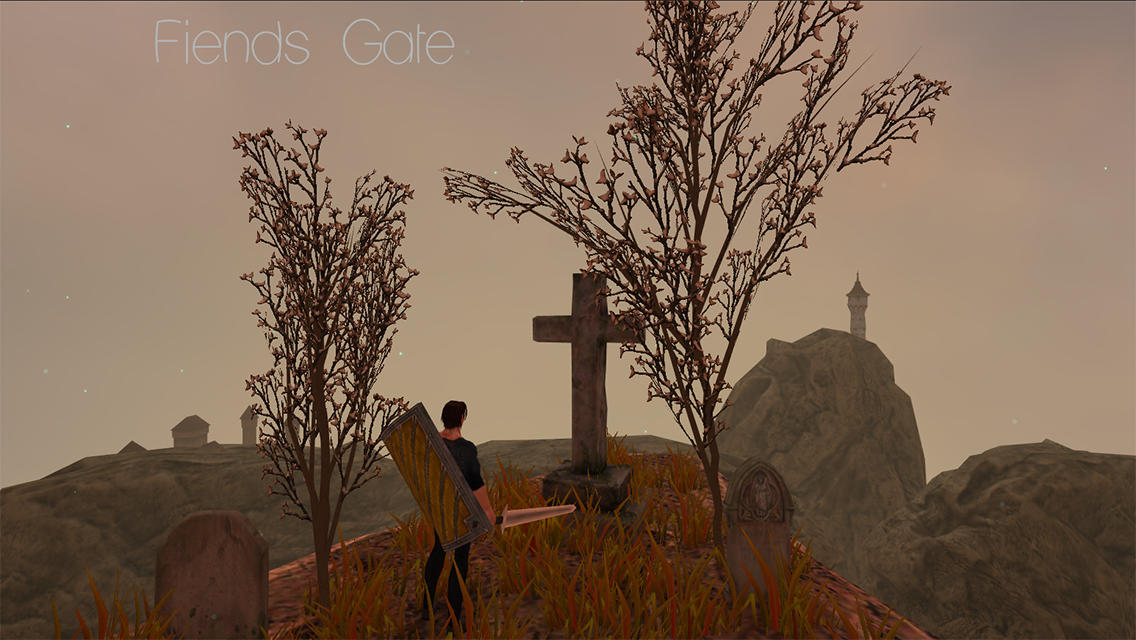 Run, jump, double jump and power slide through 5 beautiful fully 3D worlds on your quest. One of the best looking 3D platformers on iOS.!

Multiple ways to progress through the game: collect items, find hard to reach special chests, or speed run through levels!

Give My Ball Back

Rack your brains and try to get back the ball someone stole from you through funny, colorful and frenzied levels.

Tobias is a curious kid. While he is peacefully playing in his room, his favorite ball mysteriously disappears in his wardrobe. He rushes to get it back and is hurled into Moco’s world, the mischievous shadow who took his toy. « Give my ball back! »

Forum Link: Give My Ball Back – (by Bulkypix) [Universal]

What if a tiny pet hatched on your phone? If it loved you, would you love it back?

Remember, this is a pet and not a game or an app. Fugu have a naturally gentle disposition and require minimal care as a pet but thrive when given extra love and attention! 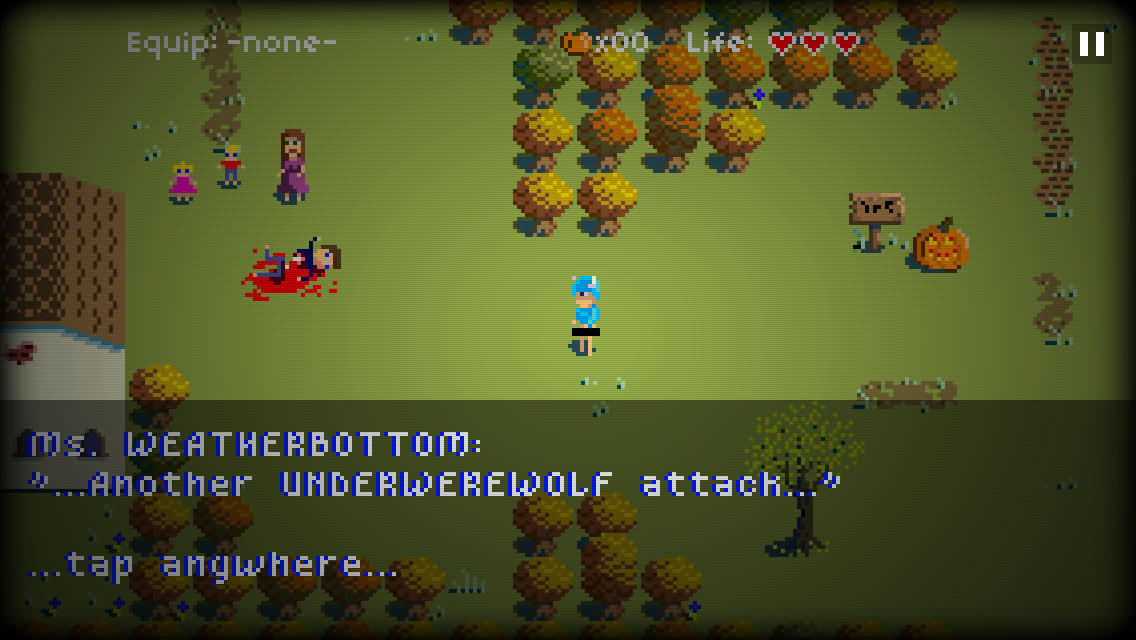 The Legend of Equip > Pants is an episodic, puntastic pantsventure RPG where instead of equipping and upgrading a sword, you have to equip and upgrade your pants.

Enjoy each 15-20 minute Equip > Pants quest much like you would comics or a cartoon episode on TV. See if you can unlock all the secrets in every quest. Play again and again until you complete 100% of each episode.

Letris 2 is one of the most played word games in the AppStore where you must build words in order to keep the screen clean and tidy as long as possible. A simple concept that will catch you with frenetic gameplay while trying to defeat the next level and beat your own score.

Help a troublemaking amoeba escape from a laboratory filled with mind-bending contraptions and experiments. Move your squishy new friend safely through puzzles and peril to much on tasty scrummies.

Welcome to Waterdeep, the City of Splendors! A city run by a secret society of masked Lords who rule with shady back-door dealings and unmatched political power. In Lords of Waterdeep players will play as one of these masked Lords and will need to recruit adventurers to go out and complete quests for them. The more quests they complete, the more control and influence they have over the city. Players can expand the city by purchasing buildings that will open up new opportunities within the city walls. Intrigue cards can be used to help the player and may also either help or hinder their fellow Lords in their quest to become the supreme ruler of Waterdeep!

A mighty battle for the highest run record! Tap to smash the ball over the fence as you face 6 balls from the world’s best bowlers. It’s all about big hits – timing is everything!

Monsta Brick Breaker is our beautiful twist on the brick-bashing game genre: Get your Monsta friend to pick up a wacky paddle and embark on a wild journey to lay bricks to waste throughout the times, all the way from the Medieval Age to the Space Age.

OrcOrcOrc is a colorful action match puzzler where you must combat hordes of do-gooders by matching tiles to unlock powerful perks and bonuses as you advance from level to level in an attempt to rid the world for too much goodess.

Russell Stone is a Jewish rabbi at a struggling synagogue in New York City. He is a devout man with a problem – membership is down and he lacks the funds to keep his synagogue open. Things are looking very bleak, and he has grown progressively more cynical and bitter with the passage of time. 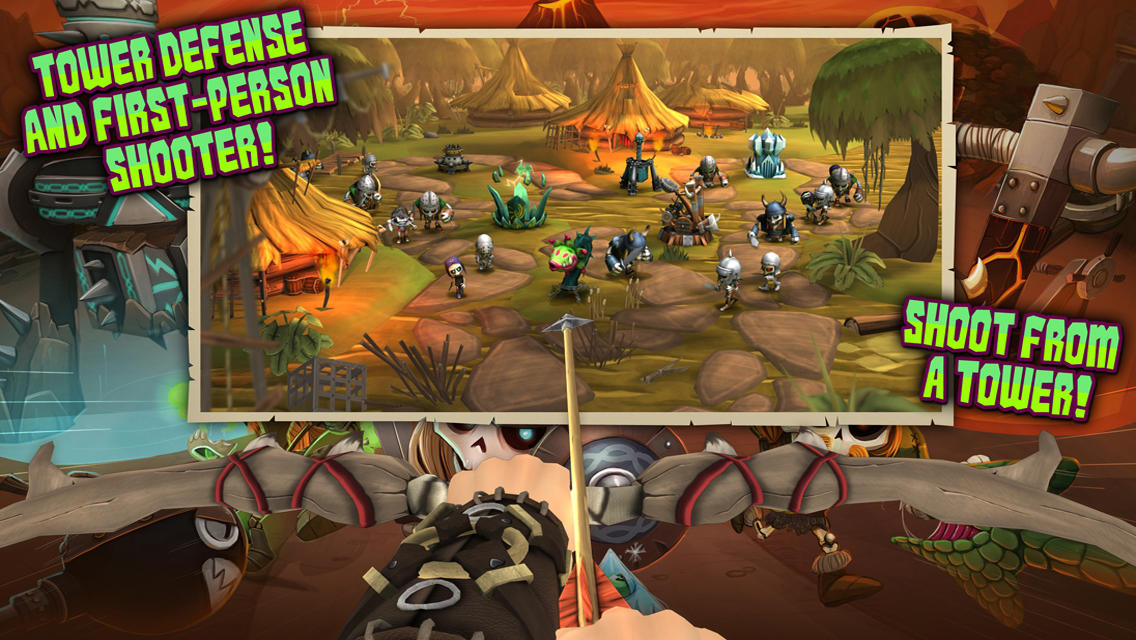 Defend yourself with towers, shoot your powerful bow and don’t let the skeleton warriors cross your battle lines! A brilliant evolution of classic tower defense, combining first person shooter and elements of role-play. Strategy and action like you’ve never experienced before. Arm yourself with incredible bows, combat bracers with unique powers, arrows and fantastic magic potions.
Stand your ground against the attack of the skeleton warriors.

Kill bad guys, save chicks, drive spaceships, compete with your friends online or play two player on the same device, complete all of the missions to receive rewards and be the Hero the Chicks need you to be!

Steam Punks is a action platformer RPG inspired by classics SNES games like Mega man X. Elite Enforcer Dunns Calhan is on his mission to take down the Bowler Gang and get back Professor Clout’s stolen invention, The Grand Reactor.

Strand is a new and unique puzzle game. Bend and stretch through absorbing, compelling obstacles in an attempt to connect the elements of each level. A broad selection of levels is included for free, from simple yet fun puzzles to intricate scenarios with multiple game features. For the true puzzle master, additional packs are available to purchase in-game.

Based on the hit online series with over 100 MILLION PLAYS, Strike Force Heroes: Extraction is a fresh and unique approach to the runner genre, offering 30 stages of intense level-based action in Campaign Mode, with two additional unlockable endless modes.

Just like in real skateboarding or fingerboarding, Touchgrind Skate 2 is a game of skill that takes 10 minutes to understand but a lifetime to master. Learn the tricks, complete challenges, and unlock new skateboard parts.