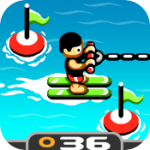 Donut Games knows how to make a killer casual experience. And with 36 iOS games now under their belt, they seem to be doing something right. Beach Games ($0.99) is no exception.

Like all of their past titles, Beach Games is incredibly simple and pick up and play. At your leisure, you’ll have the opportunity to engage on relatively straight-forward events of frisbee throwing, balloon throwing, roller skating, water skiing, and hang gliding. All of these operate under their own simple control schemes, such as tapping to jump in roller skating, or swiping on the screen to change directions while water skiing. As always, the controls are lag-free, and I didn’t encounter any crashes whatsoever during my extended period with the game. Personally, I think it’s a testament to Donut Games’ strong design and experience.

Upon starting my first few events, I immediately got flashbacks of California Games for the NES, and that’s a good thing. It’s almost like it’s a collection of how to do iOS games right, utilizing multiple control schemes that all seem to work within the confines of each exercise. The only minigame that was slightly finicky control wise was the skiing event, but it’s been improved upon in a very swift 1.01 update that’s now live on the App Store. 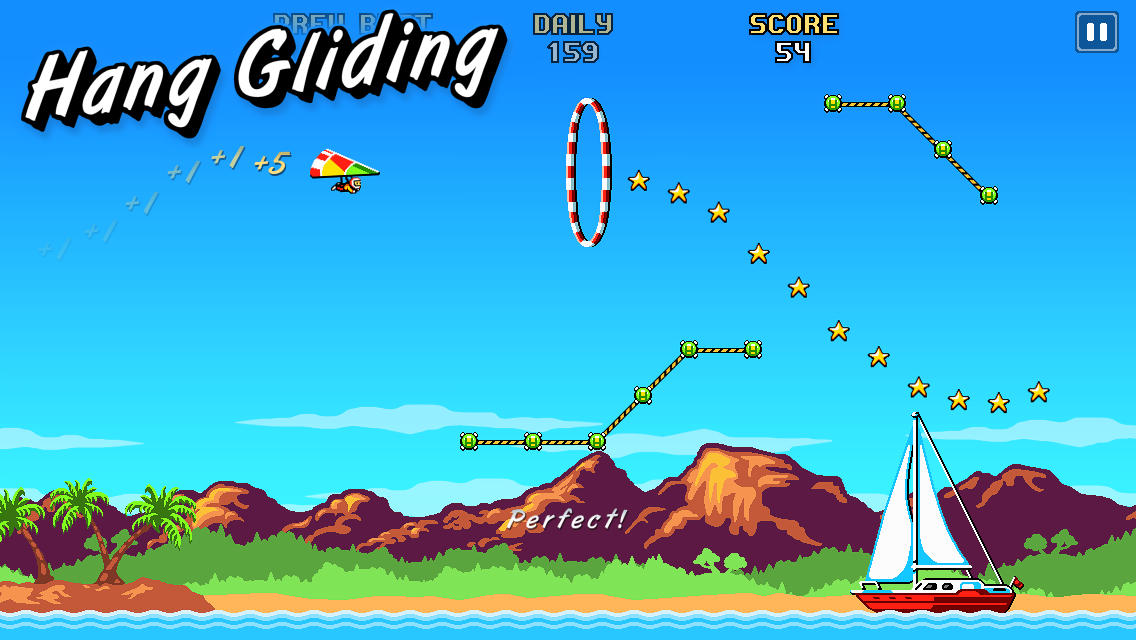 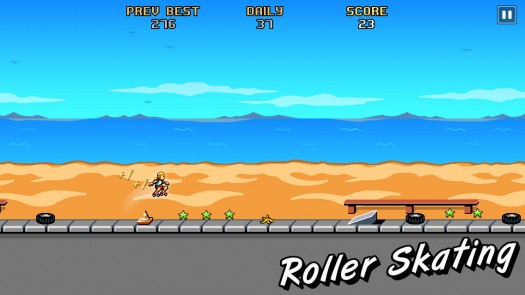 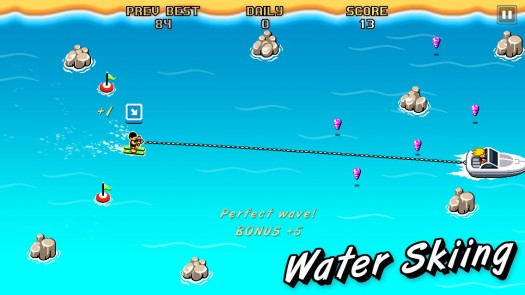 Although it isn’t typical of the developer to eschew achievements, the leaderboard support and the sheer amount of different games in this single package more than makes up for it (also, no IAPs of any kind is a big plus). Donut Games has stated that they will add achievements at a later date however — just not in the build at the time of this writing.

After all is said and done, Beach Games is one of Donut’s best offerings yet. It has a ton of different events built-in to help cut down on the monotony, and they’re all fun in their own way. I wouldn’t say that any individual event is as strong as some of their best standalone games, but as a total package, they all come together to form a worthwhile purchase. If you haven’t had a chance to check out their vast catalog yet, this is a great start.