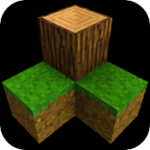 Folks looking for some Minecraft on the go have found solace in a game called Survivalcraft ($3.99). A labor of love from a solo developer, Survivalcraft adds a significantly more robust experience than Mojang’s actual Minecraft: Pocket Edition ($6.99), an experience that we thoroughly enjoyed in our review of the game. Minecraft: PE has its own set of strengths and is definitely on its way to becoming closer to its desktop counterpart, but in the meantime Survivalcraft keeps expanding at a rapid pace, giving Mojang a run for their money.

The latest Survivalcraft update landed over the weekend, and it’s quite a doozy. One of the biggest new additions is boats which let you set sail on the vast oceans in the game. Careful though, as if you damage your boat then you can take on water, and if it gets really messed up you can actually sink.

Another big addition is farming and you can now plant seeds and grow rye, with I’m sure many more types of crops coming in the future. There’s also flour now so you can make some bread, which is good because your character is now affected by hunger as well as things like fatigue, sleep deprivation and drowning.

Finally, some tweaks have been made to world generation so there should be more interesting terrain, and there’s now islands out in the ocean to discover. A handful of new animal types, animal pathfinding, and animals going after food round out the major new additions in this update.

There’s a few other minor changes too, so check out the App Store description for the full lowdown, but if you’ve missed Survivalcraft previously and want some Minecraftin‘ while out and about then definitely give this one a look and keep up to date with all the latest happenings in the Survivalcraft thread in our forums.