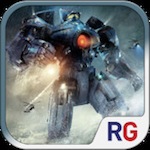 At the top-level, Pacific Rim is a one-on-one fighting game that plays a lot like a bad version of Infinity Blade. In it, you control a massive mech equipped with your pick of stabbing, punching, or gun-like weapons against a conga line of giant aliens. You swipe to attack, hold a button to dodge, and evade with quick taps. When you whittle down an enemy’s health bar to zero, you’re whisked to the next fight. You know the drill by now — there’s been quite a few copy cat IB games since its launch.

Where Pacific gets this all wrong is in its animation and control. Aliens are stupidly slow, making it really easy to see what you need to do. Executing on what you know you should be doing, however, is another matter; action response is sketchy. It’s hard to even do simple side-to-side swipe gestures reliably, which is kind of a big deal. 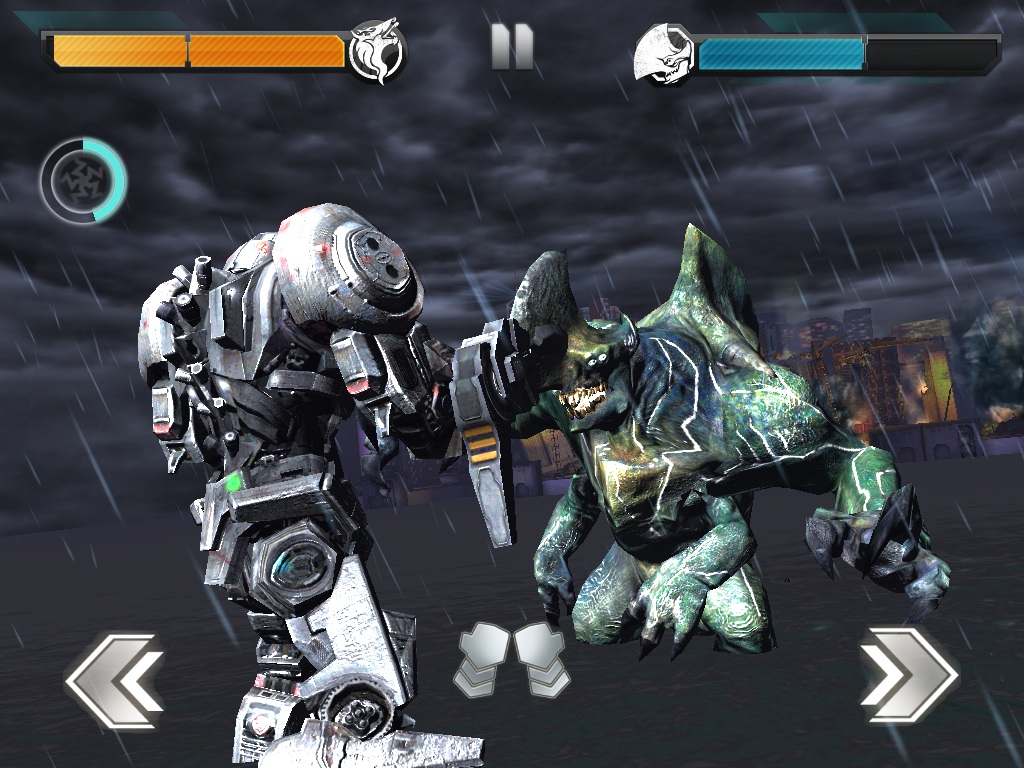 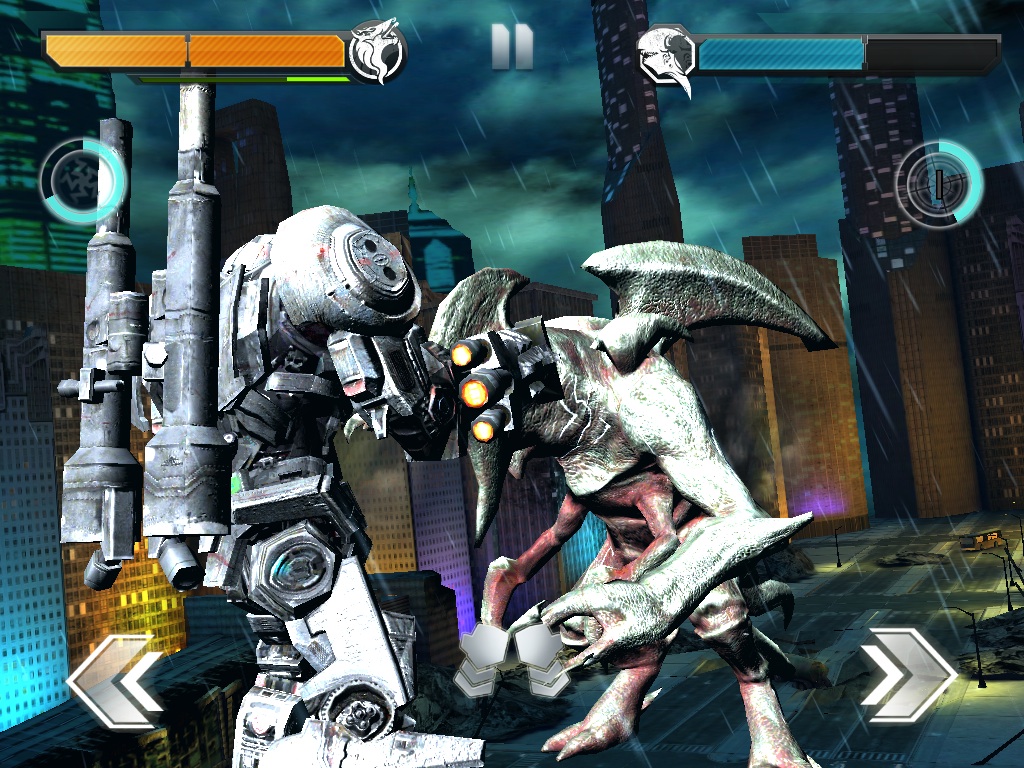 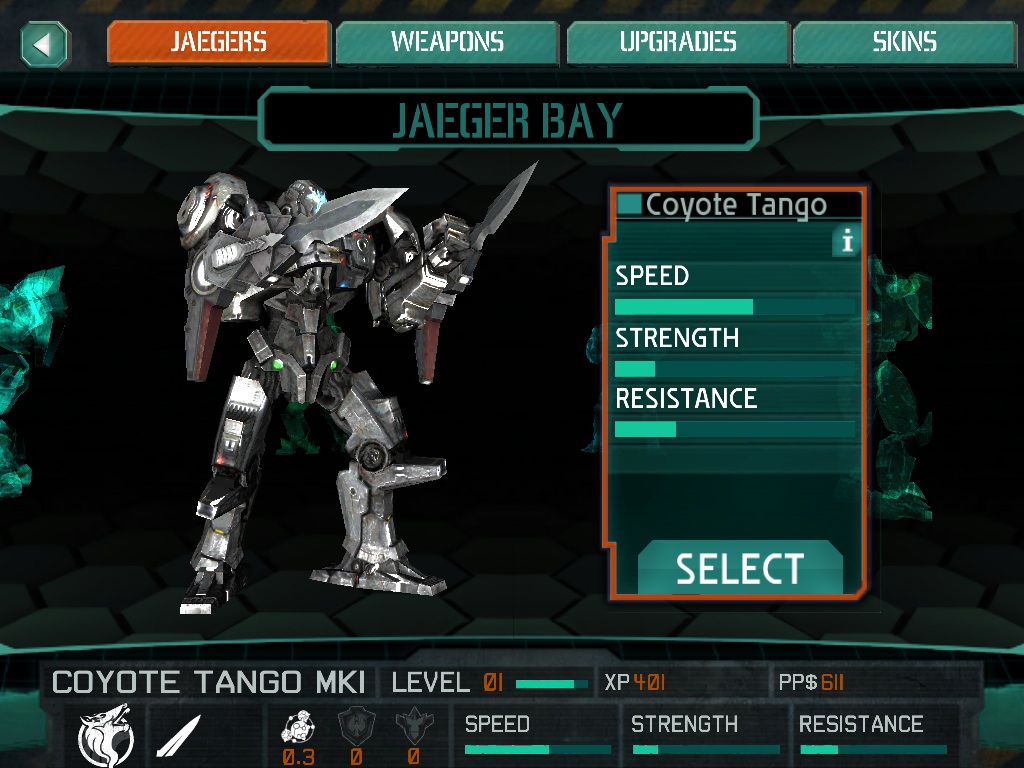 There’s some other weird stuff, too, including the game’s inability to tell a coherent story or provide anything interesting at all. Why are we traveling to this place? Oh, it’s to kill a huge alien. Wait, why are there aliens? Why do we have huge robots?

A bright-ish spot is the upgrade systems. You can acquire several different mech as you play, hopefully all of which bring something unique to the table. You can also buy and equip new weapons. Some are pretty neat. Like, the power fists for example, which look like they sacrifice speed for damage. You can also fire off cannons and guns in fights, damaging monsters when they’d otherwise just block you. It’s a small thing, but it’s a solid change of pace mechanic.

As you play, you can upgrade these items with the cash that you earn based on your performance in fights. You can also just straight-up buy the currency with real dough, if that’s a route you want to go.

We’ve little doubt that Pacific Rim will gather some attention since the movie’s a big deal and all, but your time is probably better spent with something else tonight. Like, Infinity Blade 2 ($6.99), which is free right now.

Pacific Rim hits at around 11:00 EST. If you want an alert when it releases, you can add it to your TouchArcade app (Free).