Ninja Theory, the UK-based studio behind some of this generation’s more stylish games, Enslaved: Odyssey to the West and the Devil May Cry re-imagining, is working on a brawler for iOS and Android. It’s called Fightback, and according to the PR, it’ll feature a “striking 80’s action movie vibe and a revolutionary touch-based combat system." Also, it’ll be free-to-play because of course.

Chillingo is handling the publishing duties. Word is that it’ll hit this summer across the App Store and Google Play. We’ve got a screenshot below: 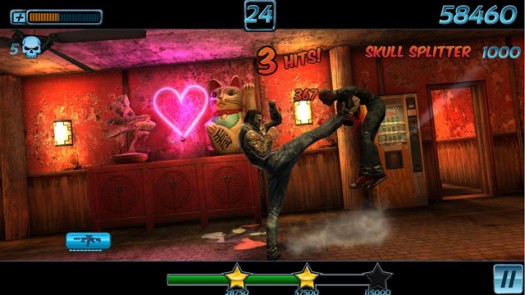 It’s exciting to see Ninja Theory do mobile. These guys are tremendous world builders, in addition to being pretty good at the whole making action games thing.