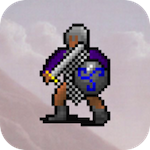 Cavern ($2.99) is a pretty traditional, top-down rogue-like. You might recall the name. It made an impression on folks back when it was released in 2011. Frustrating, game-ending bugs ultimately held it back, though, despite its neat ideas, great touch interface, and hip combat. Most of those issues have now been fixed. A flurry of recent updates, including a big 2.0 update, have made it pretty playable. We’ve been enjoying it so much, in fact, that we thought we’d share a run in the game with you.

Earlier this afternoon, I decided to school Jared in the art of perma-death in Cavern, which, in hindsight, was a pretty easy thing to do because all I had to do was die. But it sure was nice to walk around in the randomized dungeons of this game again and grab all sorts of loot. Poison, on the other hand, not so much fun.

If you’re in the market for an iOS rogue-like game, you need to grab this. Just check out that video and see if it clicks with you.