British game designer Steve Jackson is a cornerstone of the gaming world. He co-founded Games Workshop back in the ’70s before co-creating the Fighting Fantasy gamebook series with Ian Livingstone in the early ’80s. That might be enough for others to just call it a career and retire off into the sunset, but Jackson instead went on to co-found Lionhead Studios with Peter Molyneux in the ’90s. Quite an accomplished fellow, that Jackson.

Tonight, Inkle Studios is releasing a digital iOS conversion of Jackson’s Sorcery! gamebooks, which are a part of the Fighting Fantasy series. Not really being heavily into gamebooks myself, I’ve given Sorcery! about an hour of time so far and all I can say is that I’m incredibly impressed. The presentation, the flow, the visuals, and of course the writing in Sorcery! is nothing short of top-notch. 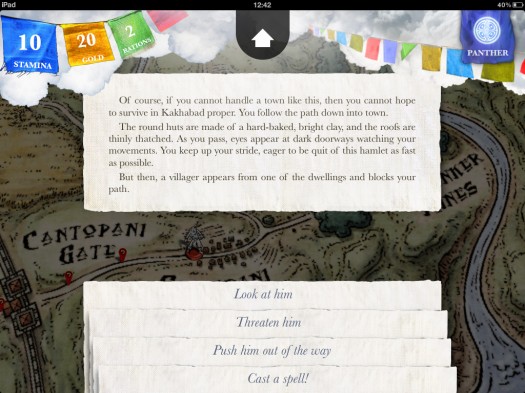 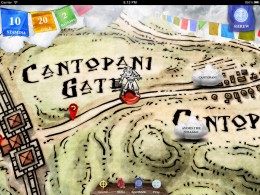 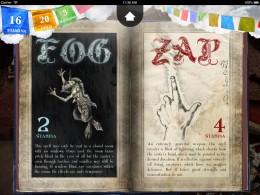 There’s plenty more to discuss about Sorcery!, like its battling and spellcasting systems which are equally as intuitive as the rest of the game has been so far. We’ll continue to plug away at the game to bring you a more in-depth review in the near future, and you can search out more early impressions from players in our forums. My gut takeaway thus far though is that if you already enjoy gamebook adventures, or even if you’re a newbie like me, Sorcery! should be a satisfying endeavor when it hits later tonight.

Sorcery! should hit the US App store tonight around 11pm EST, so if your interest is piqued then add it to your TouchArcade app (Free) Watch List and we’ll send you a push notification when it’s released.