On Christmas Eve or New Year’s Eve, at exactly midnight, a year walker leaves his cabin and begins his walk. The purpose of the walk is to see the future, to divine, through a curious process that takes place at the local church, what will happen to him. He might learn if he’ll find love. He might learn if he’ll lose a family member in the future. A walker can’t force the walk to reveal what he wants to know; it’s up to the walk.

A walker can’t have food or drink or company before the walk. He sits alone in a dark room, cold and hungry, before he leaves for the church. Along the way, he’ll experience the supernatural. He’ll see things that go bump in the night — and they might get him with tooth, hoof, or claw. Who knows?

This is the setup for Year Walk, the next game from Simogo, creators of Bumpy Road and, most recently, a rhythm puzzle game called Beat Sneak Bandit. Unlike these games, Year Walk isn’t tonally cheerful or welcoming. It’s kinda the opposite. 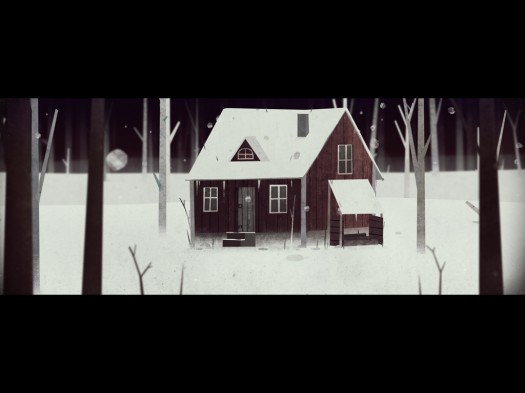 At the top-level it’s a creepy first-person, 2D puzzle game that wants to give you the chills. It’s wild how different it feels in comparison to Simogo’s other stuff, but the fit is oddly snug; the game’s washed-out grainy look and moody sound design work together well to create an atmosphere filled with suspense, while the game’s meditative mechanics keep you hooked in.

At least during the first hour, Year Walk feels like a horror game. You’re isolated, the world is dark, there’s a lot of blood, and even a couple of scares. My mind wants to put this in the “horror" category, but Simogo rejects that.

“We had talked for a long while about doing something mysterious or horror-like — even though I wouldn’t define Year Walk as horror — so that has always been in the back of our heads, but there’s never been a real opportunity or great idea to match that will," Simon Flesser, one half of Simogo, tells us.

“Then my friend Jonas Tarestad presented a short movie script called Årsgång to me early 2012. It was odd and fascinating, and seemed to have an almost game-like structure," he says. “Things just snowballed from there and we decided to work together to re-work into a game." 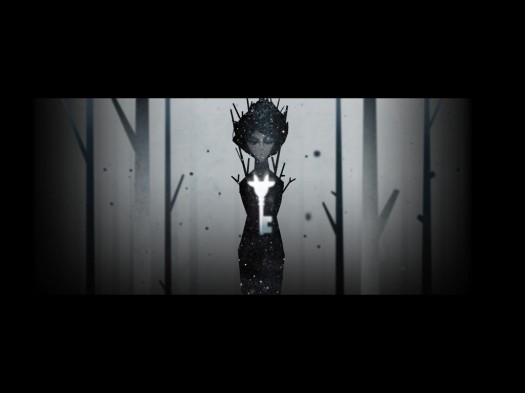 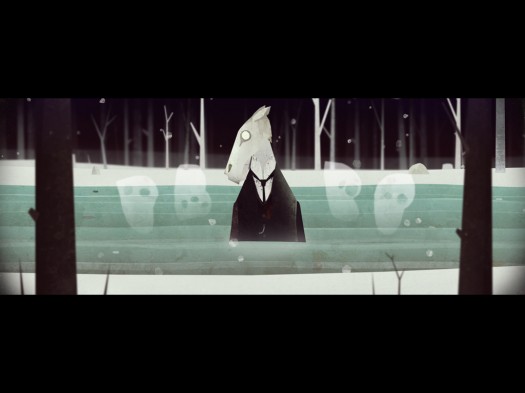 Digging a bit deeper, you could also call Year Walk an adventure puzzle game. Similar to, say, Myst, Year Walk presents you with a world and a very specific task (get into the church grounds) and leaves you alone to figure out all the stuff it takes to do it. Also, as you interact with puzzles and meet the things that dwell in the game’s world, you slowly start to wrap your head around the game’s vocabulary and systems and how they interact with each other.

It’s an interesting build-up that the best puzzle games nail. Flesser says that the best way to approach Year Walk is to free your mind; don’t think about the game mechanically, and instead think of it experientially.

“I think the best thing might be to free oneself from the traditional thinking of rigid rules and just try different things. Explore, touch and listen! We have designed every encounter to feel unique," Simon tell us.

“We suspect a lot of players will eventually feel that they are stuck somewhere, but instead of us telling you what to do in the game through a hint system, we think it would be really cool if players got together to talk and help each other out by pushing each other in the right direction," he says. 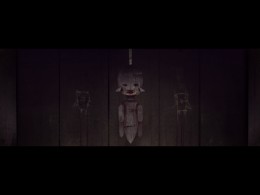 “That was a really cool element about the games we grew up with. Some aspects of those games would be discussed to death at school and almost became part of a collective knowledge."

It strikes me as kinda stupid to dive into puzzle specifics since that’d be robbing you of a good time, so here’s what I’ll say: in my time with the game so far, I’ve scrapped together a list of verbs that I know have an impact in the world. I can spin, poke, and I can twist objects. I can also listen and tilt. All of these actions — and I’m pretty confident there’s more — do something meaningful in the snowy world of Year Walk.

I’ve also got a great idea of how expansive the map is and I’m starting to learn exactly where each specific “hot" spot of activity is. I know the cabin and the puzzle box well, for example, and I’m well acquainted with the shacks and forest.

The crazy thing about Year Walk, too, is that it has its own lore. The beasts you meet are dark, dark things that take from people more than they give. Each has its own quirks and desires, some of which will put a chill to your spine. It’s weird how I’m both anticipating and dreading a meeting with each one. I guess that’s the point. Year Walk Companion, a reference guide, will give you the details on what makes these things tick.

Flesser teases that not all is what it seems in Year Walk, meaning there’s a possibility that my impression of what game is now might change the further along I play. Ultimately, the point of this game design-wise is to explore how powerful certain emotions are, Flesser tells us, so I suppose there could be a twist as I become … comfortable with my unease.

“I think those that finished the story in Bumpy Road could see that we have a more serious side that is perhaps not apparent if you look at our games at the surface. We wanted to explore something like Year Walk," Flesser says “as those emotions of uncertainty and uneasiness can be just as powerful, and sometimes just as enjoyable, as happiness and cheerfulness."

“Another part of it is just evolution, we constantly want and need to try out new things."

Year Walk is certainly a new thing, and it’s been blast to play so far. If you’re into it, you’ll be able to grab it this coming Thursday for iPhone and iPad.