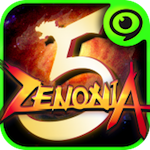 Earlier this morning, Eli and I spent some time with Zenonia 5 (Free). If you’ve been under a rock, this is the latest iteration in a long-running RPG franchise with a bunch of old-school sensibilities. In the game, you play as a young adventurer charged with saving a kingdom from a vampire-looking dude. Along the way, you’ll take a bunch of Collect [X] or Kill [X of X] missions and fiddle around with a complex skill tree full of powers.

We played the first 15 or so minutes of the game together. The footage doesn’t really scratch the surface of the scenarios and places you’ll see in the game, but we do think it’ll give you a good heads up on the general feel of the game. If you’ve wanted to see more before you jumped in, this might do the trick: