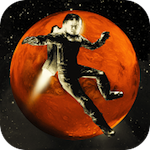 Earlier this morning, Eli and I spent even more time with Waking Mars, our 2012 game of the year. Waking Mars (Free) came out before we started our video series, so we decided to do a TA Plays with it to close the coverage loop. It’s a lengthy video, so buckle up.

It goes without saying at this point, but Waking Mars is fabulous. One thing we kind of key in on during this video — outside of our riveting GDC and Denny’s discussion — is how awesome Mars‘s systems designs are. Specifically, the ecosystems aren’t strictly just a product of your own interactions with the ground. Plants can plant Plants and set off tornadoes of emergent activity. It’s a neat touch.

If you haven’t seen Waking Mars before, this is a good way to jump in. The video shows the entire first chapter of the game and ends right as the second begins.