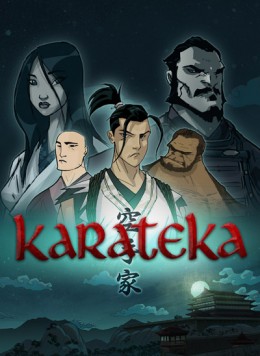 The new Karateka, a modern remake of legendary game designer Jordan Mechner’s 1984 classic, is heading to iOS next week after a well-received launch on Xbox 360 last month. Mechner and the rest of the development team at Liquid Entertainment have created a four-part behind the scenes featurette on the making of this new Karateka, as well as some fascinating insights into the development of the original on the Apple II back in 1982.

The latest episode, which is embedded below, talks about the challenge of melding the unforgiving difficulty of the original game with a more modern game design, where players expect things like checkpoints and multiple lives. The Karateka of the ’80s gave you just one life – no matter how far you had made it, if you lost you’re going all the way back to the beginning of the game again. Aside from being limited by the hardware of the day and the general adolescence of video game design at the time, that sort of punishment for failure was also like a commentary on real life. Hey, if you die, it’s over.

The developers wanted to keep that feeling alive in the new Karateka without being unfairly punishing. The answer was to create three different characters, each with an interest in saving the kidnapped girl at the center of the game’s storyline. If the first character bites the dust, well it is over for him. But then the second guy jumps in where you left off, essentially acting as another life. Should he fall then the third guy will jump in the mix. Each hero has different abilities and plays differently, as well as each having their own endings. Your love interest has preference on who comes to her rescue, with her ideal partner being the first guy. But beating the game with him means not dying at all, a tall order meaning you’re going to have to be perfect if you want to see the “best" ending.

I think it’s a really cool solution and adds a touch of realism to the game. I also absolutely love the art style and music in this new Karateka. It’s almost not right to call it a remake but more accurately it’s like a re-envisioning of the game with today’s technologies and design constructs in mind. Be sure to check out the whole four-part series, which takes less than 20 minutes, as it’s incredibly interesting seeing the approach and what went into the creation of Karateka. And look out for much more on the iOS adaptation of Karateka as it heads to the App Store next week.