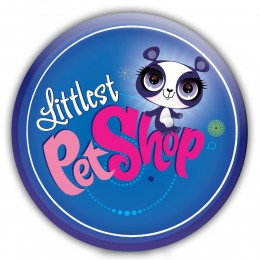 Following on the heels of the recent release of My Little Pony – Friendship is Magic (Free), Gameloft is readying another freemium city-builder from another Hasbro property, this time for Littlest Pet Shop. If you remember back a couple of decades ago, Littlest Pet Shop was a line of toys featuring adorable animals who lived in a pet shop. Later it became a short-lived animated show, and while I wasn’t an Littlest Pet Shop’er myself I certainly remember the toys and show from back in the day.

Then in 2004 the franchise was rebooted with a brand new toy line featuring even more adorable little pets to collect, and just this past weekend a new ‘Littlest Pet Shop’ animated show was released on Hasbro’s own channel The Hub, which was also produced by the same studio that created the ‘My Little Pony: Friendship is Magic’ animated show that has turned out to be such a hit. The new toy line, animated show, and Gameloft’s new mobile game have no relation to the original Littlest Pet Shop from the ’90s, so if you’re hoping to drum up some of that childhood nostalgia from that time then you might be out of luck here.

With the Littlest Pet Shop history lesson out of the way, let’s take a look at the game. As mentioned, it’s a freemium city-builder, but unlike My Little Pony which uses a Farmville-esque isometric viewpoint Littlest Pet Shop is a horizontally-based building game, similar to the ultra-popular Happy Street (Free). Check out the screens. 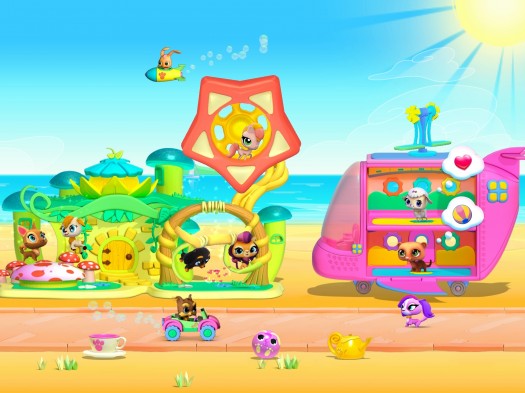 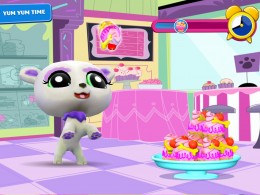 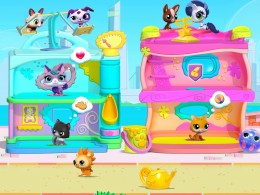 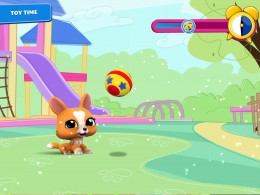 If you’ve played a freemium city-builder in the past, you likely already know what to expect from Littlest Pet Shop. It has in-game currencies and cool-down timers for doing most anything, and of course the option to purchase IAP to speed up the process if you get impatient. If you’re a big fan of the newest Littlest Pet Shop franchise though, then you’ll likely enjoy collecting the over 150 pets in the game and playing a selection of mini-games to help care for them. If that sounds like your kind of thing then mark you calendars for November 22nd when Littlest Pet Shop is scheduled to arrive in the App Store.