Terry Cavanagh, creator of the gravity flipping platformer VVVVVV, is set to release his latest project on the iOS platform later this week, according to his blog. It’s called Super Hexagon and it’s a remake of a previous Flash game title of his called Hexagon, which was made during a game jam and you can play in your browser right here. 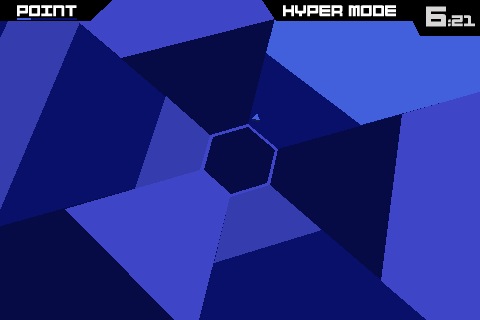 The indie developer accidentally released Super Hexagon to the App Store last week before pulling it down a few hours later. Its official day of release is September 6th, which should put it with the rest of this week’s late night Wednesday releases. It’ll launch as a Universal app for the introductory sale price of 99¢ before jumping up to $2.99 after the first week or so. We’ll have more on this quirky arcade game when it hits the App Store later this week.