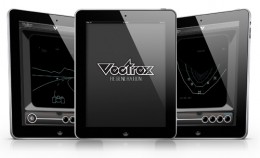 Last week we shared news of the coming Vectrex Regeneration, a universal iOS app that emulates the beloved Vectrex game console of the early ’80s, with its entire original game library bundled in. It’s news that got this retro gamer extremely excited and, judging from reader comments on the post, I’m not alone in this.

Today, The Penny Arcade Report posted a great piece detailing various aspects of Vectrex Regeneration, written by Anton Faulconbridge himself, director of the project over at Rantmedia Games. In the piece, Anton does a great job of explaining just why the Vectrex was such a special console, reveals a bit of behind-the-scenes technical hurdles the developers have had to face, and spectacularly explains just why it is that we retro game nuts are…well…retro game nuts.

People often make the mistake of thinking that the reason people like retro games & consoles is because of nostalgia. That rose-tinted, ‘things were better in my day’, loved-my-childhood kind of nostalgia. That’s only true in a very small sense. The reason that people like retro games & consoles is actually because (lots of) the games are so incredibly playable!

There’s a freaky logic in that – the ROMs for the Vectrex games weigh in at a heady 4-8K. K as in Kilobytes. Every email I send is bigger than that! Clearly, with severe limitations on CPU and graphics (CPU ran at a massive 1.5 MHz) you’ve got to find another way to make a good game, and that was ‘Game play’!

Have a look at a couple of MineStorm screenshots generated by the game’s still-in-progress renderer. 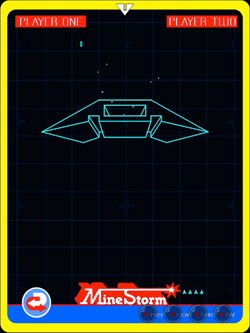 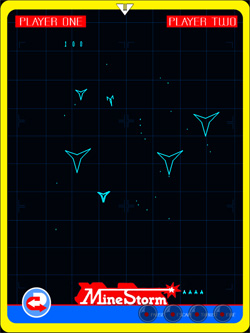 Stay tuned for more details on Vectrex Regeneration as they unfold, and a full review when the game goes live in the App Store.