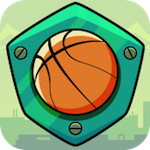 I got a text the other afternoon from a pal who knows a thing or two about video games. He was confused about Gasketball‘s (Free) IAP model. He wasn’t sure what he’d get if he boned up the $2.99. I thought he forgot how to read or something, but it appears as though this is an actual problem that a lot of people are having — and it’s hurting Mikengreg, as you’d expect.

The Penny Arcade Report filed a pretty depressing post about Gasketball this morning, detailing how much of a flop that the game is shaping up to be. You should read it in full, but the gist is this: the conversion rate on Gasketball is stupidly low and now the game’s two creators, Mike Boxleiter and Greg Wohlwend, can no longer afford shelter.

When I previewed and when I reviewed the game, I looked at it as a whole; not just as a tutorial with IAPs. In hindsight, I should have made it much more clear that I see it as a $2.99 game, as opposed to a free one with optional IAP.

But anyway, since people like my pal are having problems, here’s what you get if you opt to purchase the $2.99 “Buy It Forever" IAP: 100 levels, 10 new objects to play around with, and all of the content that will ever be released for Gasketball from this day forward.

To further break it down, here’s the names, themes, and items you’ll get from each of the five worlds this pack unlocks.

And in case you didn’t notice, But It Forever is available in the “user menu," which is an option you can pick on the game’s home screen.

Gasketball is too good to fail, and this content makes the game a much, much better offering. if you’ve got Gasketball, we reccomend you give the pass a download. It’s not disappointing.