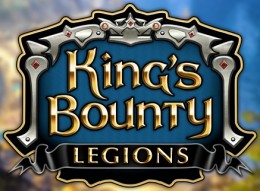 The original King’s Bounty is a turn-based fantasy game that was released on desktops and consoles in the early nineties, and is widely accepted as the precursor to the Heroes of Might and Magic series. In 2008, a modern remake of the game called King’s Bounty: The Legend hit Mac and PC to critical acclaim, mostly due to the game’s fantastic combat system.

There aren’t currently any more details on the iOS release of King’s Bounty: Legions, but it shouldn’t be too long before we get to find out for ourselves as the launch window has been pegged as July. Hey, that’s this month! I haven’t played any of the King’s Bounty games new or old, but this version certainly looks promising. We’ll have more on King’s Bounty: Legions just as soon as it hits the App Store.