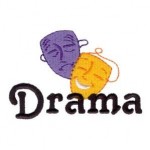 Part of what we do to keep the waterfall of cool new iOS games flowing on slow weeks is explore other international App Stores for new releases. It’s almost become normal to stumble across wide-scale “beta" releases of online and free to play games on the Canadian App Store, for instance. From a developer’s perspective, you can’t really do server stress testing utilizing the 100 UDID slots Apple provides for pre-release builds, so by releasing in Canada you can get a much larger testing pool without unleashing it to the entire world.

Armed Heroes popped up on our radar a few days ago. We saw the screenshots, thought they looked cool, and Brad whipped up a quick news story with the trailer. From there, we added it to our watch lists for a US release to do more in-depth coverage when it was actually available worldwide.

Neither of us are that familiar with the Mac/PC game Torchlight [$8.99, Steam] beyond cursory knowledge of its existence, so the similarities between the graphics of the two games flew directly over our heads. It didn’t take long for the story to start getting tweeted around, which brought about a response from Runic Games president Travis Baldtree who explained that practically every asset in Armed Heroes was stolen directly from Torchlight. Travis then started getting pretty active in the Armed Heroes thread, pointing out that everything including misspelled asset names were lifted directly out of Torchlight. Runic even threw together the following comparison image: 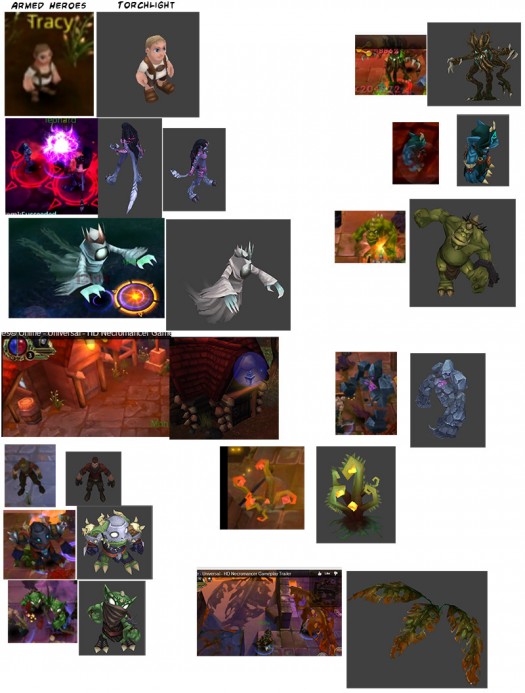 Moments ago, Serena Zhang of EGLS, the developers of Armed Heroes, posted a response thread on our forums with their (admittedly fairly confusing) side of the story:

First of all, we have to say that it is a great shock hearing what Mr. Travis Baldree, president of Runic Games, said about Armed Heroes Online last weekend. We can hardly agree with Mr. Travis Baldree who judged that EGLS “wholesale stole most of the assets from Torchlight!” only based on the similarity between several small monsters. The judgment is simply untenable. Armed heroes Online is an action MMO role-playing mobile game, however, Torchlight is a console PC game. Not only the platforms(Mobile devices vs. PC/Mac), but also game mechanics(multiplayer online vs. console), engine support( self-developed 3D engine vs. commercial authorized OGRE engine) , scenes and techniques employed in Armed Heroes Online developing are all largely different from Torchlight. …Read More

We’re not making complaints about lifting design, or mechanics, or even STYLE.

Even if they tried to replicate our style, and made a game with goblins, alchemists, undead dwarves, weird purple zealot ladies, tree golems, and a big end boss who is a purple dragon – WE DON’T CARE. Imitation is the sincerest form of flattery, and all that.

What we DO care about is using our ACTUAL assets with minor adjustments in their game, as opposed to making their own.

It’s hard to get behind EGLS in this argument, as, at least in my opinion, the identical sound names, complete with misspellings, just pushes me over the edge. Regardless, we’ll be keeping our eye on the drama between Runic and EGLS, especially as we watch for a response from Apple as they eventually (hopefully) answer to Runic’s filed complaints.

Either way, it’s sad that this is all going down, as if you remove the alleged asset theft from Armed Heroes, it actually looks like it could be a fairly interesting game.