The latest update to Mass Effect: Infiltrator [$4.99] isn’t enough to make the most soured Mass Effect fans out there happy with Iron Monkey’s vision, but it has added a shred of new content and a couple of much-needed tweaks to the core game.

The most attractive feature of version 1.0.3 is the addition of manual aiming. From the options menu, users can now disable Infiltrator‘s funky “tap-to-aim" mechanic and choose what to kill and when manually. The automatic aiming mechanic, which has been “improved" in this update, too, felt broken at launch, and made tough fights way tougher.

This update also works in more in-game rewards and has incorporated facial scarring for Ezno. Make too many Renegade choices and the world will know, as he’ll slowly morph into a space version of Freddy Krueger. New iPad performance tweaks have been added, too. 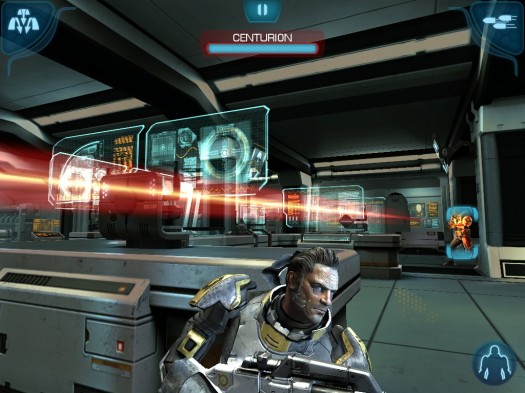 Interestingly, this update also works in a bonus mission that has users playing as a Turian attempting to escape a Cerberus medical bay. Aside from the mechanical issues, our biggest problem with Infiltrator is that it’s just a shooter. Mass Effect is about character, emotion, and story, and Infiltrator never latched onto these aspects in any meaningful way. Missions like this are a step in the right direction.