EA and Chillingo had a nice demo event going here at GDC showing off a slew of already released titles, previously announced ones, and some that were just announced today. Mass Effect Infiltrator [$6.99], Fancy Pants Adventures [99¢/Lite], and iBomber Defense Pacific [$2.99] are some of the games that you can nab on the App Store already, but there was an interesting mixture of upcoming titles on display as well.

Whereas the first game had a 60s air travel vibe, Flight Control Rocket employs a 70s sci-fi theme. The basic line-drawing mechanic remains the same, but pretty much everything else you loved about Flight Control has been beefed up. There are now 15 different types of planes to land, which sounds daunting but is actually quite manageable. Another big change is the addition of lives, so if you spend a ton of time getting far in the game you won’t flush it all down the toilet with just a single mistake.

Flight Control Rocket is also level based, with each new level bringing a greater challenge. It all takes place on a single map though, at least for now, and there’s still a separate endless mode that is more true to the original. There are also new robots which you can unlock that give you special powerups and augmentations, such as an extra life, point multipliers, and more.

I was really quite blown away with how far the Flight Control formula has evolved in Rocket, and I’m pretty sure this one will be another big hit. It should be hitting the App Store before the end of the month.

World Series of Poker – EA has nabbed the official license for the World Series of Poker and is bringing the experience to iOS. The WSOP title is pretty much what you would expect from a poker game, but it’s got a nice clean interface and plenty of options. One very cool thing about it is that it includes the popular Omaha style of poker in addition to the typical Texas Hold ‘Em game type. 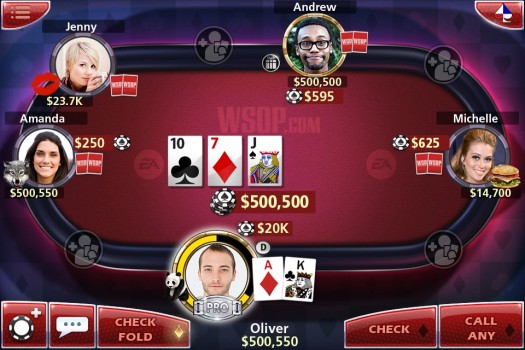 Another interesting thing is that the game is completely online. There is no AI, and every time you play you’re actually connecting with live players around the world. You can play through a tournament just like the real World Series and there is comprehensive stat tracking and a career mode. There’s no firm release date for WSOP just yet, but the title will be free to play with IAP elements and looked like it was in a fairly complete state, so hopefully we’ll be seeing it soon.

The Act – This is a title that caught my attention due to its absolutely beautiful hand-drawn animation, but it’s less of a game and more of an interactive animated movie. The story follows a fellow named Edgar as he pursues a love interest and at the same time tries to keep his bumbling brother from always getting in trouble.

As the name implies, you will interact with the various acts in the game as the story moves forward. There isn’t really a ton of gameplay, but the characters and animation are fantastic and there is a high level of humor in the dialogue. If you love classic animation like me, then The Act will be something you’ll want to keep an eye out for when it hits sometime this summer.

Burnout Crash – We’ve known that Burnout Crash would be coming to iOS since EA confirmed rumors about it this past October. I’m not familiar with the console version of the game, but I have enjoyed several of the games in the series in the past. Obviously Burnout Crash emphasizes the “crashing” portions from previous games, and the experience translates pretty well to the touch screen. 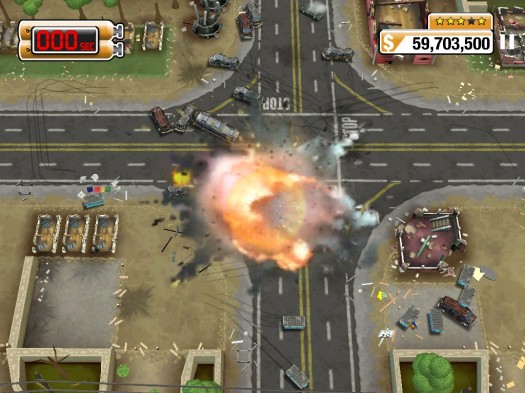 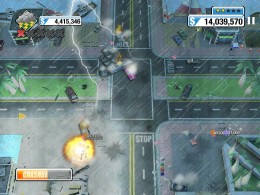 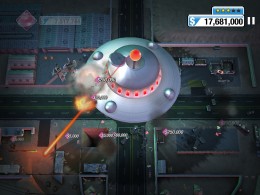 You’ll be using swipe gestures to careen your car into other cars, buildings, and anything else that might be in the way in order to create the most amount of damage possible. There are 3 different game modes, tons of unlockable vehicles, and some really nice online integration that lets you compete with your friends and even send them asynchronous challenges.

Zuma’s Revenge – Pretty much everybody knows Zuma, the marble popping match-3 title from PopCap. There are a stupid number of unauthorized Zuma clones on the App Store, but at long last we’ll be getting an official port of the Mac/PC sequel to the original game Zuma’s Revenge. 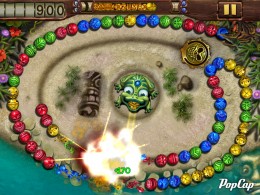 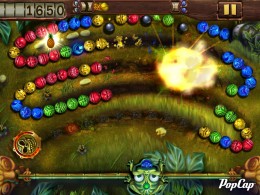 Zuma’s Revenge comes with 60 adventure levels, 70 challenge levels and special power-ups and bonuses to collect during play. Your marble shooting frog is also much more agile, with the ability to move back and forth and hop onto lily pads for additional reach.

UPDATE: Oh hey, looks like Zuma’s Revenge! launched last night, grab it from the links below:

Air Mail – This was the game at the event that I was most pleasantly surprised by. Developed by N-Fusion Interactive and published by Chillingo, Air Mail is a story-driven 3D flying game with loads of personality, great options for controls, and a really fantastic art style. Check out the trailer for Air Mail.

Air Mail is one of those games that’s a joy just to simply play, and I found myself just getting lost in flying around and exploring the various worlds in the game. But with a full campaign and storyline, plus additional game modes and achievements to chase after, there’s definitely a lot of meat to the Air Mail experience. We’ll be looking forward to spending a lot of time with Air Mail when it launches this summer.