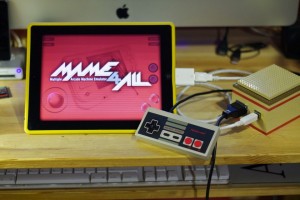 Blogger and DIYer Paul Rickards wrote about an awesome discovery today: he figured out how to rig an NES controller, via USB, to his iPad. Even better, he made it work like an iCade does, which theoretically opens up the support of his homebrew controller to every iCade-enabled game out there. He hasn’t posted the code yet, but he did go over the story of how he made discovery and linked to some pretty important literature.

Like most of the world’s greatest inventions, this was the result of an accident. While playing in iMAME, Rickards accidentally pressed some keys on his homebrew Commodore 64 USB keyboard. The app then said it was enabling iCade mode. Cue the “A-ha!" moment. 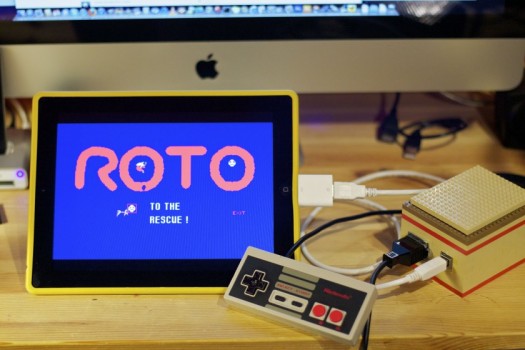 From here, Rickards manufactured another USB keyboard utilizing Arduino, but instead of using a keyboard matrix, he used his NES gamepad. A couple of legos for casing and two jacks later, he had a working NES controller for his iPad. Sweet!

We’ve asked Rickards if he intends to do more controllers in the future because this is pretty exciting news. Think about it: someday, you might finally be able to play an iPad game with the Duke, the ultimate gaming controller.

Well … that is, if every game plays nice. Atari Greatest Hits [Free] collection and iMAME are the only games he’s tested so far.