In a bit of a surprise today, Ubisoft released Prince of Persia Classic [99¢] into the App Store. Now you might be thinking, “Hey, Ubisoft. Didn’t y0u already release a classic version of Jordan Mechner’s influential platform adventure last year?" And the answer to that is, yes, it’s called Prince of Persia Retro [99¢]. That game was basically a perfect port of one of the earliest versions of the game, Prince of Persia for Macintosh, with some very sub-standard virtual controls tacked on. The nostalgia factor was there, plus it was cheap and Universal, but Prince of Persia Retro was far from the ideal way to play such a finicky game that demanded precision control.

Today’s release is actually another port, this time from the 2007 Prince of Persia remake that was available on Xbox Live and the PlayStation Network. Prince of Persia Classic is essentially the exact same game as the original – same level layouts, same enemies and hazards, same storyline and one hour time limit – but completely redone with fantastic 3D visuals and what appears to be a more zoomed in camera to better suit iOS. Sure, if you’re a purist then that might not sound like such a great thing. But if you love the original gameplay and can appreciate a shiny new coat of paint, then Prince of Persia Classic fully delivers. 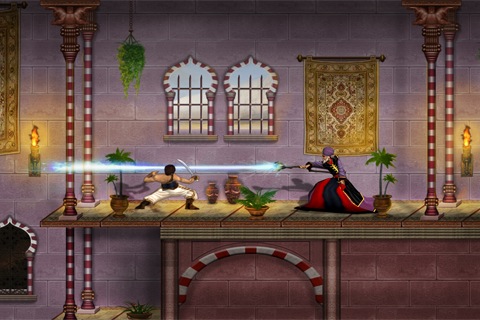 As for the translation from controller to touch screen, obviously it’s much more difficult without tactile feedback but at the very least the controls feel leaps and bounds better than those in Prince of Persia Retro. There’s a more intuitive use of action buttons, and there is a slider for movement as opposed to directional arrows which gives you more control over running or walking. The controls aren’t perfect, and they make an already difficult game that much more frustrating, but I think they’re the best they can be while still being true to how the original game played and they certainly shouldn’t prevent you from playing through the game with a bit of practice.

So if you’re in the mood for some good old fashioned Prince of Persia gameplay, but want an extra dose of shiny, then Prince of Persia Classic is where it’s at. From my limited time with the game, it appears to be a very faithful port of the 2007 remake with virtual controls that are about as good as you can expect from a touch screen. You’ll get a headache from some accidental leaps to your own death, but after a bit of play it’s pretty easy to work within the confines of the controls in order to play through the game. 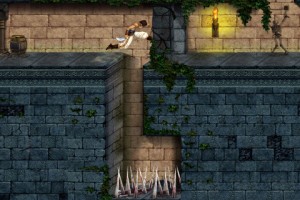 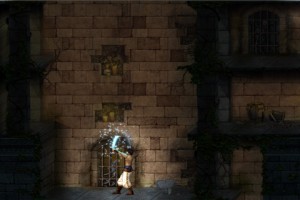 As an aside, some players in our forums seem to be having trouble installing the game on an iPod touch device. Indeed, the App Store notes that it’s compatible with “iPhone 4 and iPhone 4S" only, with no mention of any iPod touch or iPad devices. I’m not sure if this was just an oversight when uploading the game to iTunes or if the game really does require the two latest iPhones in order to run. If you own an iPod touch or iPad, it might be worth waiting a few days to see what the final verdict is on that, but if you’re an iPhone 4 or 4S owner and enjoy yourself some Prince of Persia, then I’d jump all over Prince of Persia Classic for just 99¢.