After being an Android exclusive for half a year, Pachinko Frenzy [Free], the latest from ngmoco, has arrived on iOS hoping to whet the appetite of Pachinko addicts everywhere. While that itch is certainly scratched with this game, Pachinko Frenzy’s freemium underpinnings unfortunately detract from the overall gameplay to the point where only the most hardcore of Pachinko fans will continue to play the game for longer than a few sessions.

For those unfamiliar with the early 20th century Japanese gaming device, we gave a good explanation of it in our review of the 2009 Pachinko [$0.99] iOS game. Essentially, small metal spheres are launched into the Pachinko machine with the goal of hitting as many stationary pins as possible, racking up points and generating more balls. Pachinko Frenzy takes this further by incorporating mini-games that can be earned when every pin on the board is lit up.

Mini-games range from trying to keep a single ball live for as long as possible, to trying to hit as many consecutive pins on one ball, and more. Do well in these mini-games and prizes can be earned, including collective trophies that can unlock new boards when enough of them are collected. Overall, Pachinko Frenzy does a good job emulating a standard Pachinko board, assuming you aren’t put off by the excessive anime motif. Just make sure that you have the latest generation of iOS devices, as Pachinko Frenzy isn’t compatible with anything earlier (and does occasionally slow down on the iPhone 4, no less). 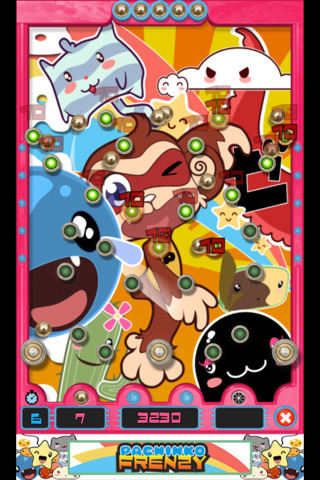 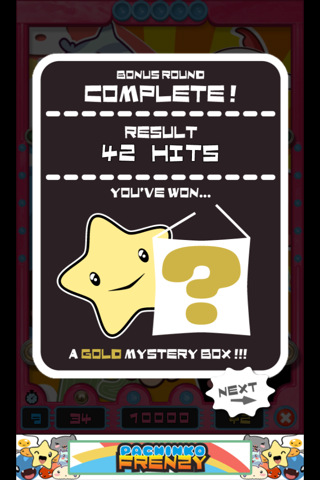 Where the game starts to falter, unfortunately, is in its freemium implementation. The game starts out with only one board unlocked, and you can only unlock additional boards by “selling” 1000 balls or by collecting all the trophies associated with a locked board. Acquiring 1000 balls appears to be an exercise in futility, as you start out with 50, and it’s extremely slow going trying to earn more than that (unless you’re some kind of Pachinko Savant). The developers predicted this, and included the option to purchase additional balls as IAP, but as of this writing, IAP hasn’t been implemented yet. This leads to trophy collection as the only other alternative to unlocking the additional boards, which is definitely possible but would take an extremely long time. Odds are most players would probably lose interest in the one board before any additional ones could be unlocked.

One of the goals of Pachinko is to feed the addiction of possible reward by playing a game based mostly on random chance. If you’re looking for a time-waster that accomplishes that, or you’re a fan of Pachinko, you can’t go wrong with Pachinko Frenzy. However, don’t think you’re going to be unlocking new boards any time soon, unless you put in a good deal of time or money (once IAP goes live).