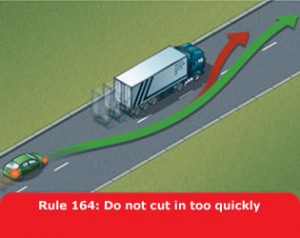 One of my favorite things about the App Store is because of how fast it moves, you never have to wait too long to see trends forming. Thinking back on it, the entire existence of the iPhone is little more than a flash in the world of technology, even though its release back in 2007 (and the launch of the App Store in 2008) feels like ancient history now. A number of things have changed over the short life of iOS devices, but I think the change that had the largest effect on App Store was Apple shifting gears to allow the free to play market to take hold.

When Steve Jobs initially announced the in-app purchase system, he made sure to emphasize that only paid apps would be allowed to use it. Or, as he put it, “free apps remain free." Apple doesn’t often change their tune, but they did in a big way on October 15th of 2009 when they opened the free to play flood gates. Moments later, ngmoco announced that Eliminate would be free, officially kicking off the free to play revolution on the App Store and energizing an incredibly vocal minority who were sure that this would be the death knell of iOS gaming in one fell swoop.

Since Apple rarely reveals statistics on both the sales of iOS devices and the number of apps downloaded (200 million device sales and 15 billion downloads, per last count.) if you want to delve any deeper than that you need to get third party analytics firms involved. Flurry is one (of many) of these companies, and they’ve currently got their analytics package installed in over 90,000 different apps spread across over 40,000 different companies. This gives them a massive bucket of data to run all kinds of different reports which they throw up on their blog from time to time.

The latest out of Flurry is that free to play games are responsible for 65% of the revenue in the top 100 grossing list, compared to only 39% earlier this year. If you’re the kind of person who would rather see this data in chart form, well, you’re in luck: 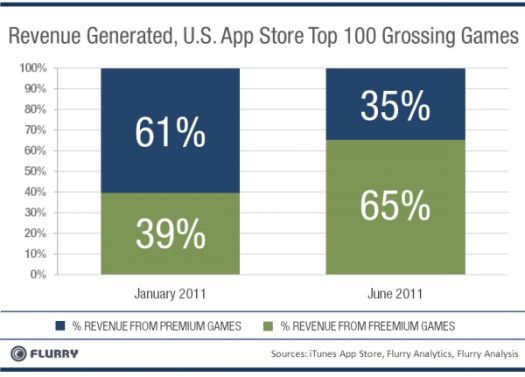 Now, I’m sure there are skeptics out there that right now are thinking to themselves, “Whoa, whoa, wait a minute. The top grossing lists go to 200. These numbers are skewed in favor of free to play by chopping off the bottom half of the list!" I followed that path of logic too, since it can often be easy to manipulate statistics to promote an agenda of sorts. However, after speaking to several developers with games all over the top 200, it seems that in calculations like this positions 100 to 200 (and beyond) aren’t worth that much consideration because of the extreme bell curve of the top grossing lists making #200 essentially insignificant compared to #1.

What does this mean for iOS gamers? Well, the writing has been on the wall for quite a while now that free to play is taking over the App Store. It’s not a hard decision for developers to make either when laying out plans for future games either. With a 99¢ paid game, your profits are completely tied to your chart positioning and your options are incredibly limited for promotion, often relying entirely on making your game free and crossing your fingers for a surge of sales when the sale is over. Comparatively, there’s all sorts of neat tricks to make money from a free game, even with horrid chart position.

Thankfully, even though Zynga put the original bad free to play taste in everyone’s mouth with Farmville on Facebook and many developers followed suit with similar iOS games that centralized around time sinks and pay walls, there is light at the end of the tunnel. On the Mac/PC side of things, games like League of Legends and recently Team Fortress 2 have been providing some fantastic “core-gamer" experiences while being totally free. I’m sure eventually games like these will filter down to mobile devices, as it’s basically impossible to argue against the financial incentive being there through a massive customer base eager to download (and optionally pay for) free to play games.