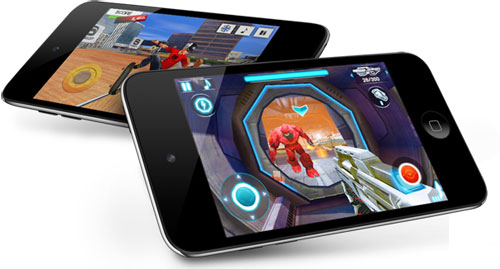 Rob Saunders, who leaves behind his seven year position at Nintendo where he played a key role in the launch of the Nintendo DS and Wii, will be working PR at Apple for applications across all iOS devices. Nick Grange, who departs his role at Activision as the studio’s European PR director, will be focused on iPad hardware. Grange comes to Apple with a long history in the industry, having held position with Electronic Arts and Microsoft.

Ever since the launch of the App Store, iOS has shown itself to be a solid games platform, which is something Apple quickly embraced in its iPod touch advertisements. In the years since that launch, we’ve seen some truly innovative and amazing titles emerge for the platform, which has evolved significantly from a hardware perspective, as well.

According to a recent report, over 40 million people game on their iOS devices — and that’s in the US alone.