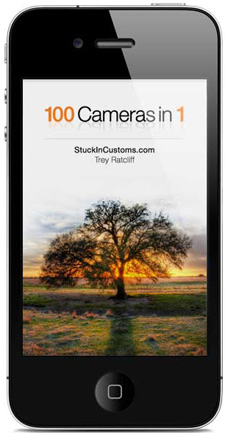 In-game achievements are a super way for developers to add play incentive to games, and are something Microsoft got right early on with Xbox Live. Happily, thanks to the likes of OpenFeint, Plus+, and Apple’s own Game Center, iOS gamers have been racking up achievements for some time now. And, while we’ve seen achievements land in titles outside of the Games category — in Education, for example — we were intrigued to hear of a new Photography app that boasts achievements for in-depth usage.

Kotaku recently took a look at noted photographer Tray Ratcliff’s release of 100 Cameras in 1 [App Store], a new photography app that hands out Game Center achievements in an effort to get people to take more photos, and to have fun with them.

“I think it is fun to have some sort of comparative measurement of your experience with the app," he said. “The more you use it, the more achievements and points you get. We also use the achievements to encourage you to discover all the features of the app that you might not otherwise see.

“I think it’s fascinating how achievements are both completely unnecessary but really satisfying! Also, there’s something about being rewarded when you were not really expecting it. It’s like a small Swiss child running up to you in the street and offering you a piece of chocolate, just for being an awesome dude."

100 Cameras in 1 features an impressive 31 different pieces of chocolate to be doled out by the small virtual Swiss children that are the app’s integrated achievement system. Taking certain paths through the app or using a certain set of filters triggers the various achievements, which are as interestingly named as the 100 different visual filters that the app places at the user’s disposal. Thanks to its ability to combine multiple filters, some rather interesting effects can be rather easily achieved.

With 100 Cameras in 1, Ratcliff wanted to deliver a faster and cleaner picture taking experience, with more flexibility than the alternatives. Having run through the app fairly extensively (grabbing achievements along the way), I feel that he’s pretty much met his goals here, and perhaps most impressively on the speed front; despite the complex filter systems, moving through the app and getting to the end product is smooth and super fast.

I like what Ratcliff and developers Lavacado have done here, both for the creative, outside-the-box use of achievements as well as for delivering a solid, artistic photo application. I’m anxious to see what other non-game areas are well met by the use of achievements. Chase Bank, Wells Fargo — an in-app check deposit seems well worth an achievement, eh??