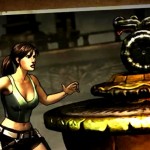 Lara Croft and the Guardian of Light for consoles and PC is a great, isometric action-adventure that successfully combines the exploration, the high-octane action sequences, and the puzzle elements of a solid Tomb Raider title with the combat of a good dual-stick shooter. It’s not a perfect game. I think the setup to larger tasks is often are boring (go here; grab this; repeat) and the crowd control options are lacking, but overall it’s a fun game with a satisfying level of depth — especially in its item and equipment systems which allow you to boost Lara’s skills by doing optional tasks or finding items scattered throughout the world.

Surprisingly, Guardian of Light will soon be available on the iOS in North America, and it appears to be a faithful port in regards to mechanics and game world, which is why I’ve mentioned all this. But during my playthrough of this version, I’ve discovered that the things that don’t come across so well are the visuals, sound, frame rate, and control. I know — bummer! 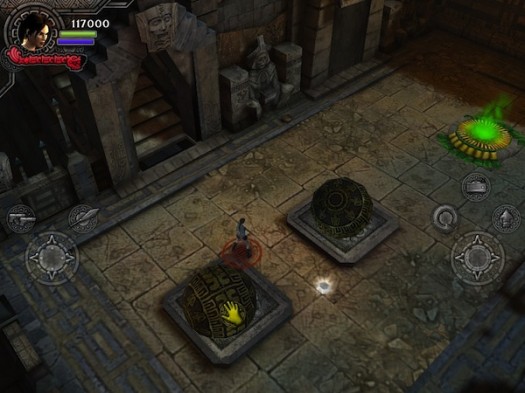 A lot of textures in the game look terrible, while some needed sound effects simply aren’t duplicated. Take, for example, the tumbling bridge section right outside the Spider Temple. No crumbling sounds are emitted in the preceding cut-scene that betrays the  bridges’ stability. And while that’s bothersome, the fact that Lara can clip through the final bridge’s geometry and fall to her doom after said cut-scene is even worse.

This scene, despite all of its action and stupid missteps, manages to hold up well in regards to frame rate, which makes it all the more mystifying whenever frames start dropping during low-octane portions of the game. 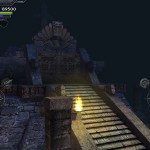 You can deal with these things; I can deal with these things. But, I think the real deal-breaker is Guardian of Light‘s on-screen controls, which make shooting, jumping, rolling, and basic item navigation a nightmare. The game is playable, sure, but it’s obvious that the enemy balance wasn’t tweaked — nor were its scripted action sections — for on-screen UI. Guardian of Light feels like a game built for users with a controller, which is a problem since, well, you aren’t using a controller to play it.

Guardian of Light “proper" has a fantastic online co-op component that has one player playing as Lara while the other handles a warrior named Totec. What makes this such a compelling addition is that the game changes in meaningful ways with two people; puzzles that demand interdependence and unique scenarios are made available in this mode. 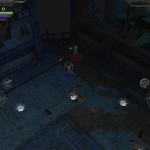 Sadly, this iOS version of the co-op appears to be shoddy. Between Master Eli and I, our game’s crashed a total of five times while starting up a match, and our invites to each other didn’t work in the first place. We had to, hilariously, use random matchmaking to even find each other. I shouldn’t say this component is broken exactly, but it’s obvious someone needs to take a look at this component’s implementation.

What kills me here is that there’s a great game buried in Guardian of Light iOS — a game that has satisfying combat, great loot systems and upgrade paths, a fun story, a good co-op component, and some good head-scratchers. But… these silly problems are killers. The good news is that most of the problems are fixable, particularly the ticky-tacky geometric, sound, and network stuff. The question is, is someone going to address these issues? I hope so. Guardian of Light is fantastic and I wish I could enjoy this version just as much as the others. It kinda goes without saying, but we’ll hold our official in-depth review until we see a patch since it’s really hard to recommend this game as it is on launch day.

UPDATE: We’ve been informed that the multiplayer is not cross platform, which excuses why Eli and I weren’t able to connect the first three or four times (I was on an iPad, while he was on an iPhone 4). This doesn’t explain why the game even let us attempt to connect to each other, but it totally makes sense why we couldn’t. However, we still experienced the same connection and crashing problems while using two iPads. As you might have assumed, that one positive match we had before the game crashed was with two iPads.

App Store Links – Note: This game is currently available internationally, but won’t be available in the US App Store until 11:00 PM Eastern.