Iteration is hard. In games, you can either tack on more mechanics on top of the original’s foundation or you can choose to take it apart, brick by brick, and rebuild it into something familiar, but better. Most studios choose the former. Some choose the latter. And others choose to do a mix of the two.

Puzzle Quest 2 [$9.99] is a title that features a mix. It retains what made the original oh-so-good, but also boasts fresh ideas. New glove gems let you use weapons in battle and a more personal isometric viewpoint makes you feel like you’re an active participant in both the game world and a narrative that would have Tolkien rolling in his grave. 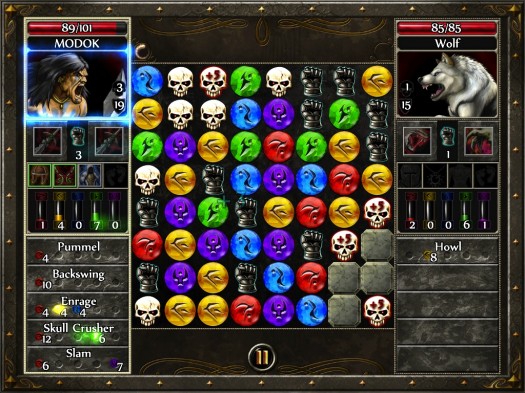 That’s rather broad, so let’s dive into the basics. Puzzle Quest 2 is a match-3 title drenched in RPG trappings. You’ll start the game by picking from a crop of traditional fantasy classes, each with their own abilities, and then be thrust into a medieval world with a lot of problems. People will want you to fetch them items, explore places, or kill monsters.

You can level up, equip weapons and items, craft even more, and navigate dungeons one grid at a time. Like in the previous Puzzle Quest, movement is restricted to following a developer-created path. You do not have complete control of your dude. But, really, that never matters. This is a game about killing, not meandering. 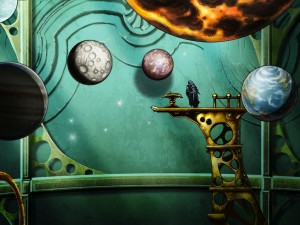 Most of the RPG stuff is tied to the battle system. Battle is where you’ll spend most of your time and the most meaningful place where the match-3 ties component ties in. When you initiate battle with a foe, you’ll be blasted to an interface filled with multi-colored gems, skulls, and gloves. Lining up three or more skulls does damage to your foe, while simple gem matches act as fuel for magical feats.

Battle is turn-based, so there’s no time crunch.  You act and then the goblin, yeti, tiger-man, or whatever acts. But the fact that there isn’t a timer is important; it gives you time to line up bonuses. If you match three or more of something, you get another turn. Start a cascade of several matches and get another turn.

RPG overlaps here. You can equip weapons and defensive items or even items that have an affect on how many gems you can collect. You also level up, so your HP, strength, and defensive prowess can change between battles. These elements act as a carrot, sure, but they’re also crucial in keeping the match-3 play interesting, deep, and above all, entertaining. 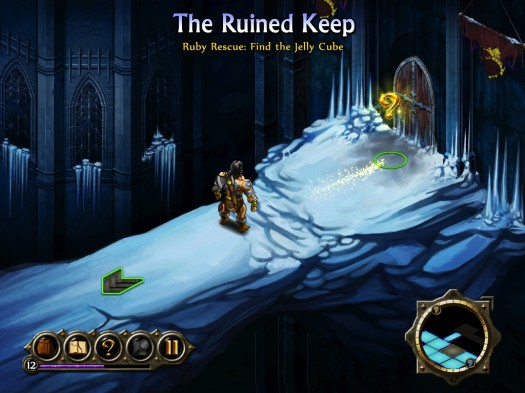 The AI, to some degree, is balanced appropriately for battle. However, there are some humdingers that you’ll need to grind out levels in order to beat. Puzzle Quest 2 is smart in that it has a one-off “Quick Battle" mode that allows to just fight, without the dungeon, in order to get precious experience points.

The majority of the time these systems play nice with each other, but every once in awhile you’ll hit a vicious snag. Some AI monsters are poorly balanced. They’ll either destroy you in just a matter of turns or frequently rip off brutal combinations. You can also see the virtual dice rolls favoring the AI in these conflicts. 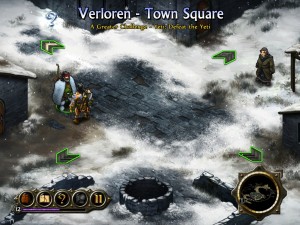 I also think Puzzle Quest 2 suffers from system overload. There’s just too many dice rolling at once, be it from the game negotiating your level, a critical hit, a defend, a combination, or whatever. It kills the simplicity of the play and often prolongs even the simplest battle for far too long.

And while we’re talking about systems, I’ll add that there are new mini-games in Puzzle Quest 2, all designed to make a simple task much harder. For example, in order to get loot, you’ll have to earn it via a match-3 mini-game. The same goes for bashing in closed doors or disarming traps. I can appreciate the attempt here, as it does offer a chance of pace from monster conflicts, but these mini-games pop up much too often.

If you haven’t caught on by now, I’ll make it plain. Puzzle Quest 2 for iOS appears to be a picture perfect port of the console and handheld versions of the game, which hit digital and brick-and-mortar shelves earlier this year. It’s also optimized for iOS, offering simple to use and intuitive touch controls. On my iPad, it’s a brilliant game and it does hold up on an iPhone 4 as well. 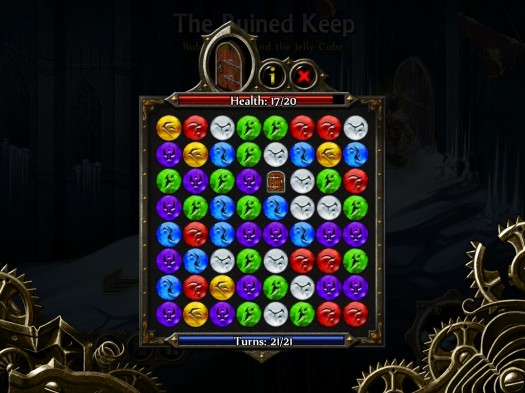 This is in stark contrast to the first game, Puzzle Quest Chapter 1 and 2 [$6.49 / Lite] which initially served as a shining example as a terrible iOS port. It got better over a series of updates, but even now it’s a little rough around the edges.

Let’s just forget that game ever happened because Puzzle Quest 2 is a superior product in every imaginable way and a great game all on its lonesome. Sure, it can get repetitious and, yeah, sure, it has its issues, but it’s still an entertaining game and a full-featured one on iOS. Give it a shot.