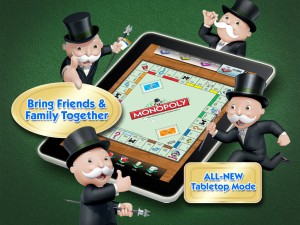 Is the video game killing the board game? I don’t know, man, but I think you can argue that tabletop licensors themselves are doing a brilliant job driving nails into their products’ respective caskets. Take a look at digital storefronts and you’ll see classic tabletop-properties-turned-video-games like Carcassonne [$9.99] and Connect 4 [99¢] lined up next to non-traditional games like The Maw or Battlefield 1943. It’s weird.

I think the reason why licensors choose to peddle digital versions of their games extends beyond obvious cold business realities. Games like Connect 4 translate well to digital, first of all. But more importantly, these games operate as touchstones. You remember sinking your sister’s Battleship [99¢] battleship. This stuff has emotional weight.

For me, no other game conjures as many memories as Monopoly [$9.99]. This is why I buy the game so damn much. And while it’s oft been digitized, until this afternoon, the game hasn’t been put on the platform that makes the most sense: The iPad.

So, let’s talk about it.

Foremost, this is a faithful recreation of the board game. All the pieces, all the house rules, the buildings, and the properties are present and accounted for. Furthermore, the game’s presentation nails the actual board, making for a nostalgic and satisfying experience. Seriously, look at this thing. It’s a perfect and slick recreation. 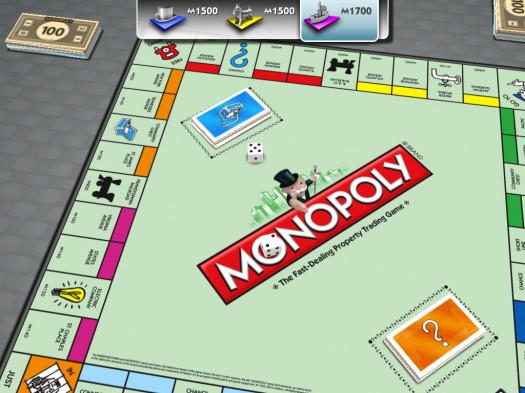 What’s missing is all the tactile stuff: piece movements, money exchanges, card pick-ups, and property flip-flops are automated. This isn’t a huge deal, but there is a small part of me that still wants to move my Top Hat Of Doom across the board and I just can’t get that from this version of the game.

The dice, however, aren’t automated. You’ll need to grab and roll the dice with a touch and a swipe in order to progress. It’s a cool touch, but also one that shows off how wonky the game’s physics engine is. When rolled, the dice respond like rubber balls surround by an invisible wall, needlessly bouncing off its unseen surface. The bad dice physics also showcase a bad camera that needlessly attempts to follow the die’s ridiculous bouncing. It’s jarring in that “The Blair Witch Project" sort of way.

Other unautomated actions include auctions and trades. These, of course, require some bits of intuitive UI and active participation. Surprisingly, the AI holds up pretty well in both these realms — it’s savvy without being too know-it-all. It’s also pretty good at housing up its properties on top of getting what it needs, so look out. 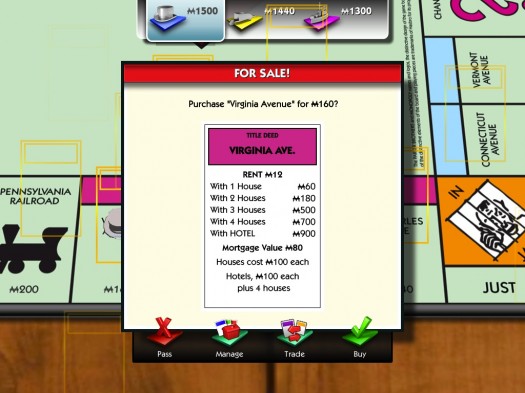 Monopoly has several game modes. There’s a “Play Now" option that lets you play with up to four AI. And there’s also a “Tabletop Mode" which offers pass-and-play opportunities with others. On an iPad, this is almost perfect since the touch screen is so large. I had a good time with another, at least.

I’ll mention that there’s a “Teacher Mode" that instructs how to play the game while you actually participate in a session. There’s also a “Local Network Play" option that operates as implied.

It feels funny to talk about all this tech voodoo about Monopoly. This version does such a great job at recreating the feel of the game, conjuring up those memories, and sating that itch to play the actual board game, that you tend to forget that it’s just an iOS title. Come to think of it, this is what really matters. Go buy it already.