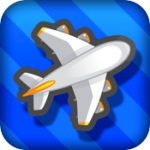 Last month we posted some news about an impending update to Flight Control HD [$4.99] that would add an online multiplayer mode to coincide with the introduction of iOS 4.2 and Game Center to iPads. As planned, just a couple of days after iOS 4.2 was introduced several weeks back, the update to Flight Control HD was released. Earlier today, the original Flight Control [99¢] for iPhone and iPod touch played catch up to its HD sibling and received a similar update adding online multiplayer using Apple’s Game Center.

The multiplayer mode in Flight Control is actually quite a lot of fun. For those who haven’t played it before, one player takes control of the red commercial planes and the other player controls the biplanes and helicopters. As you land the aircraft you’re responsible for, you simultaneously send your opponents aircraft off the edge of your own screen to appear onto theirs. The trick is to not send a plane in the same spot that they are sending you one, as there’s a high probability they will crash. It’s more of a cooperative effort than a competitive one. As a nice touch, the new update includes support for voice chat which makes it very easy to strategize with whoever you are playing with. 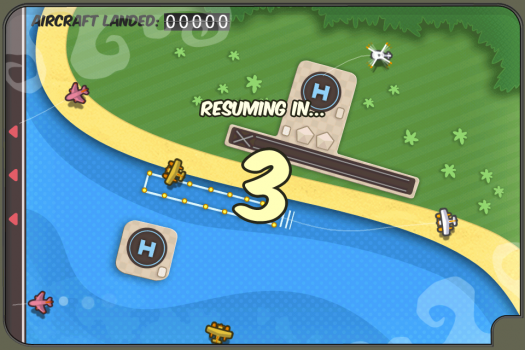 In our testing of the Game Center multiplayer, everything worked pretty well, although with some hiccups. Games where I directly invited a friend from my Game Center friend list all worked flawlessly. When I searched for random matchups, however, it was a bit more hit or miss. Some games were just fine, but some lagged horribly to the point of being unplayable. Likely this is just due to the update being so new, and the fact that there aren’t quite as many players online means I’m getting matched with people really far away from me. It’ll be interesting to see how the multiplayer performs as more players update in the coming days.

At any rate, it’s a welcome new feature to one of the most popular games on the App Store, and if you haven’t already make sure to update your copy of Flight Control and hop online for some matches, or drop by the thread in our forums if you’re looking for some people to play.