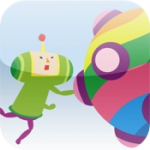 I can still remember the release of I Love Katamari [$4.99/Lite], the iPhone iteration of the popular Katamari Damacy console series. In an App Store that was still in its infancy, quirky indie titles made up the bulk of releases, with Sega’s Super Monkey Ball and Activision’s Crash Bandicoot Nitro Kart being among the only recognizable brand names on a platform struggling to assert itself as a mobile gaming contender. Nowadays, big name IP’s are common in the App Store, and iOS gaming is hotter than ever. In December of 2008 however, the appearance of I Love Katamari was an exciting and surprising move by Namco that hinted at great things to come for the platform.

Unfortunately, the game was initially plagued with performance issues that rendered it nearly unplayable on the Apple devices of the time. It was a shame too, since the ball rolling nature of I Love Katamari was really well suited to the accelerometer capabilities in the iPhone and iPod touch. Namco quickly issued several updates over the next few months following release that addressed the performance of the game, and eventually I Love Katamari became a mostly stable game that has lived a pretty happy life on the App Store ever since. 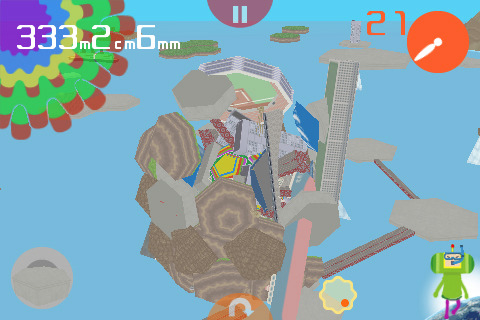 Now nearly two years after its initial release, Namco is again surprising us by showing I Love Katamari some love in the form of a substantial content update. There is now an entirely new level to play through titled Resort that has you rolling up items that you might find while on vacation. Additionally, I Love Katamari now features Game Center integration, with online leaderboards for every level and 14 achievements to unlock. Also worth noting is that with the latest generation of iOS devices, I Love Katamari runs without much issue. There are some slight frame skips when your ball increases in size, but nothing detrimental. The game runs admirably on 3rd generation devices as well, but is noticeably better on 4th generation iPhone and iPod touches.

We’re happy to see so many old titles getting updates since the releases of both iOS 4 and Apple’s Game Center social network. It really has the ability to breathe new life into these games, and the latest update to I Love Katamari is no exception. It is a game that I struggled to enjoy on my old device due to the poor performance, and with so many games coming out every day I had all but forgotten about it. Seeing the update in iTunes brought it back onto my radar, and I’ve been having a total blast playing through the game again. If it’s been a while since you’ve taken I Love Katamari for a spin, and especially if you own one of the newest devices, make sure and check out the latest update and enjoy one of the strangest titles in the App Store.