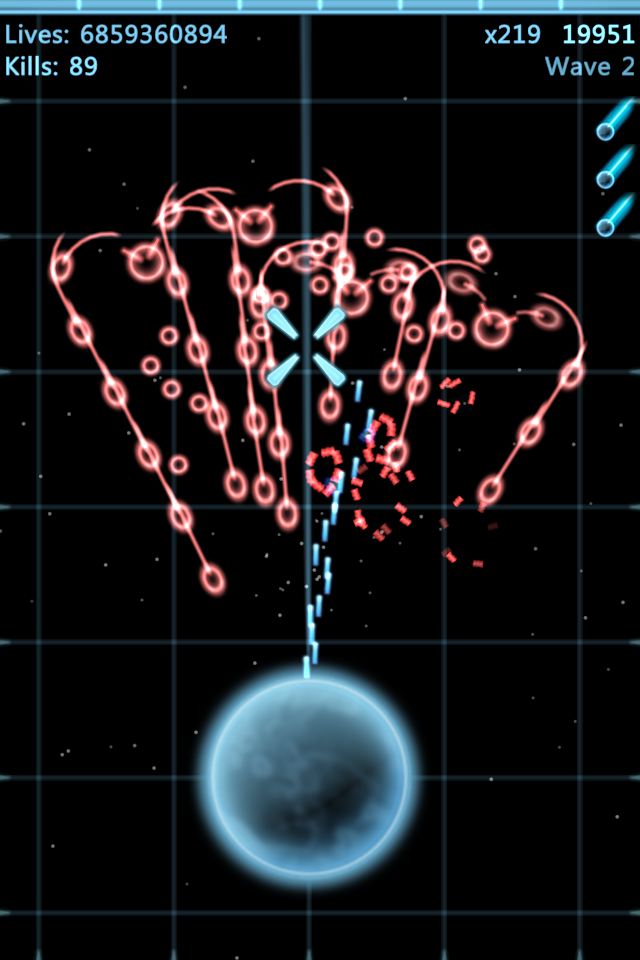 Back before John Kooistra was allowing players to beat the crap out of boxes in Fastar! [99¢], he was bringing clever game concepts to an App Store that was still in its infancy. His first iPhone game, Blue Defense! [$1.99], felt like a mixture of Robotron and Missile Command. Waves of enemies descended upon a planet full of people, and you were left to fend them off with a never ending supply of cannon fire. Your weapon was constantly shooting, and you tilted the device to spray bullets at the incoming threat. What really made Blue Defense! unique was how the view would dynamically zoom in and out, and change from portrait to landscape on the fly with each progressive wave. There was an elegant simplicity to the concept and visuals, and the title really showed what kind of games were possible with Apple’s device. If there is such thing as an App Store classic, then Blue Defense! certainly qualifies as one. 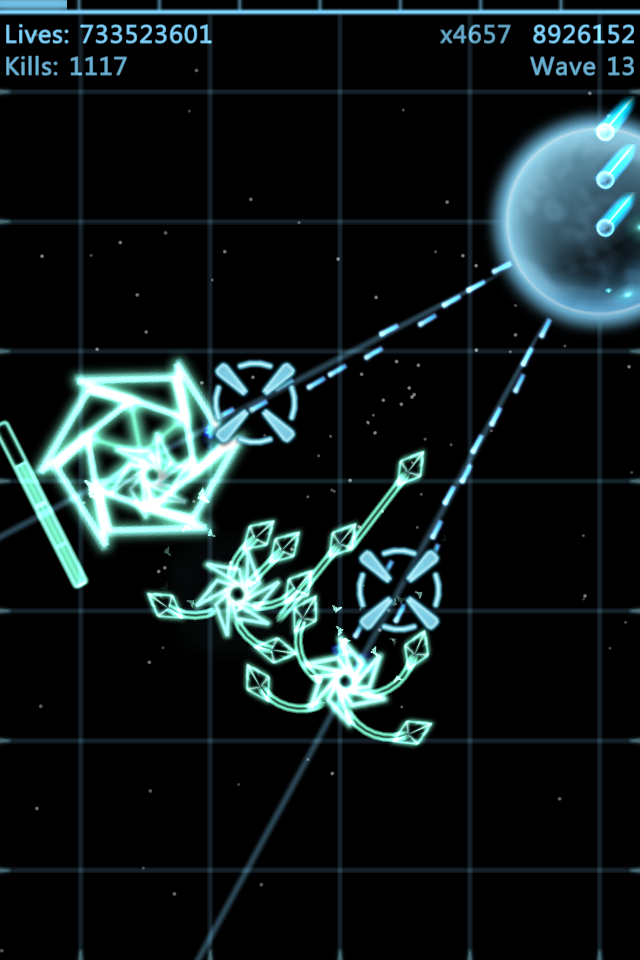 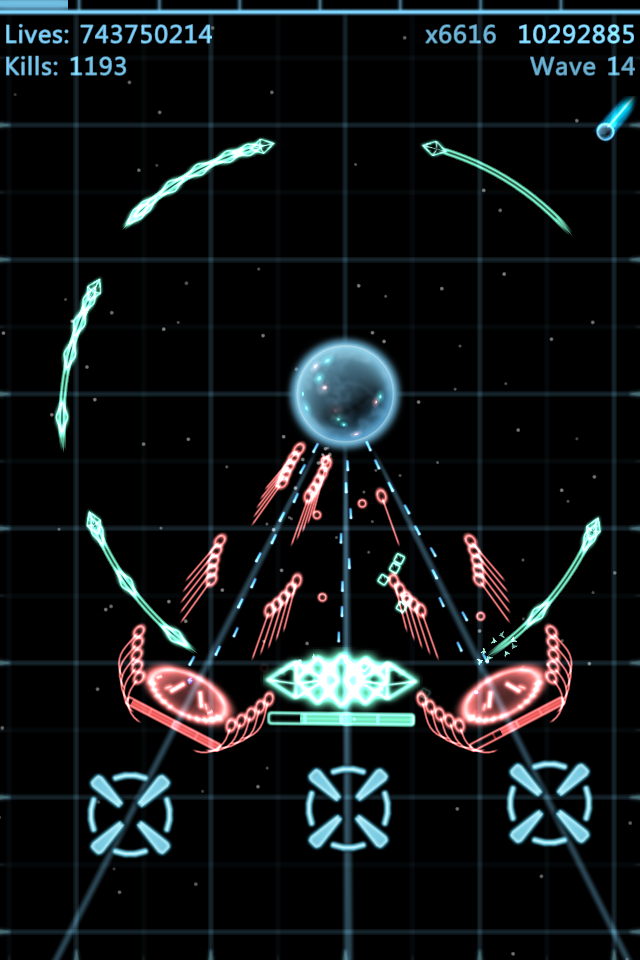 In addition to the announcement of this sequel, the suite of previous titles from John Kooistra and Cat in a Box have all been updated in recent weeks. Blue Defense! [$1.99], Blue Attack! [$1.99], and Red Conquest! [$3.99] have all received iOS4 compatibility and other minor fixes, with the latter two titles also receiving Retina Display support. A release date and price have yet to be set for Blue Defense: Second Wave, but expect more on this title soon.