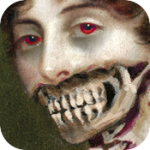 In our current fast-paced internet age, oftentimes classical arts and literature take a back seat to silly YouTube clips and 30-second Flash games. In times like these, just how do you get a generation prone to short attention spans and low-brow humor interested in a two hundred year old classic novel? Simple, you add zombies. And ninjas. This is precisely what author Seth Grahame-Smith has done with Jane Austen’s critically acclaimed work Pride and Prejudice with the aptly titled Pride and Prejudice and Zombies. Taking the original text, he interjects his own bits of zombie and kung-fu fiction to come up with an alternate telling of the story. The results are borderline brilliant. Austen’s quintessential tale of life as a young woman in late 1700’s/early 1800’s aristocratic English society juxtaposed with campy B-movie style zombie and ninja undertones makes for incredibly humorous storytelling. Others seem to agree as well, as the mash-up novel rose to #3 on New York Times bestseller list following it’s release in April 2009.

Now, the fine folks at Freeverse have teamed up with the publisher of the novel Quirk Classics to bring the video game iteration of Pride and Prejudice and Zombies [$2.99] to the iPhone. It’s a 2D side-scrolling beat ’em up similar to Final Fight, Streets of Rage, or TMNT Arcade of years past. The presentation of the game is a total success, both visually appealing and rife with bizarre humor. Unfortunately the gameplay itself isn’t quite as strong, and feels somewhat shallow and repetitive. Surprisingly, this doesn’t hamper the overall experience of the game that much, as the story is hilarious and remains a lot of fun to play through. 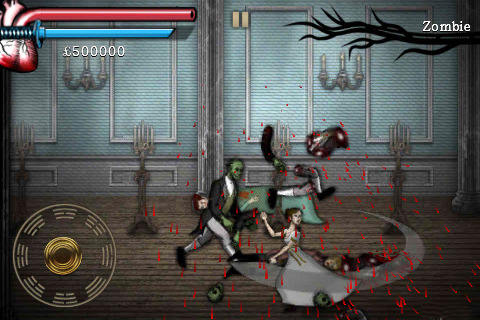 The graphics in PPZ look appropriate to the era, with sketch-style illustrations comprising the smoothly animated characters and backgrounds. It looks like a storybook come to life. The game is broken into 12 separate chapters from the book. The level of description in the game is obviously not as thorough as Austen’s original novel, although it does hit on all the major plot-points. You are the second oldest of five daughters, Elizabeth Bennet, struggling to find love and social acceptance in England at the turn of the 19th century. You are also the most skilled warrior in your family. Your mother wants nothing more than to see you married to a wealthy gentleman and secure your future. You want nothing more than to worry about your own future, and marry for true love rather than money. You’ll do anything to defend your family’s honor from public opinion while defending their lives from the constant threat of zombie infection. 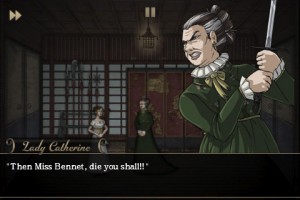 What works so incredibly well and makes the game so funny is how nonchalantly the zombie aspect is integrated into the story. Take the very first chapter for example. One minute you’re attending a hoity-toity ball discussing with your sisters which male guests would make suitable husbands, the next you’re fighting off an onslaught of the undead who’ve decided to crash the party. The game then delves into the awesomely absurd when you are channeled by your Shaolin Master and reminded to “remember your training” as you’re guided through the controls. At the end of the level, even more inexplicably, the five sisters combine powers Voltron lion-style to attack a large mob of zombies. Then, just as quickly as the madness breaks out, it’s right back to the topic of marriage like nothing even happened. It’s this kind of sharp contrast in events and cavalier attitude towards the zombie infestation that made the book such a success, and it translates to the visual extremely well in the iPhone game.

As mentioned, the gameplay is of the classic beat ’em up style. Enemies will attack from every angle as you progress from left to right through the various levels. A small control stick controls Elizabeth’s movement and a single screen tap executes a basic attack with her katana sword. There’s also an impressive advanced move set that uses simple swipe gestures to allow for many different special maneuvers. Swiping diagonally upwards performs an uppercut slash, or swiping diagonally downwards performs a sliding kick, as examples. There’s a lot of depth to the moves you can pull off with such simple commands, and each one is upgradeable after completing a level (in what is amusingly named the Dojo). 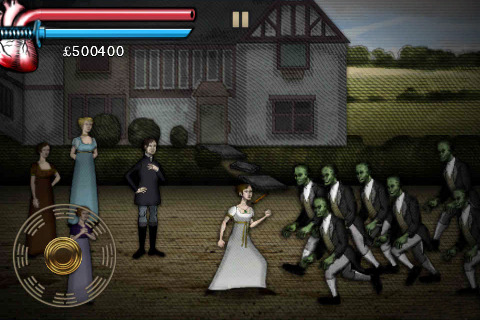 It sounds really great on paper, but falters a bit in execution. Some of these special moves are unwieldy to use in the heat of battle, and the majority of the time your best offense is your basic katana slash. This degrades the gameplay into furious button-mashing. My finger literally got sore from all the tapping. This isn’t entirely surprising, as that is historically the nature of this type of game. It’s a shame though, because the upgrade system and arsenal of moves are interesting and well designed, they just aren’t that useful. When I did try to get fancy with my attacks, it often cost me more damage than if I had just kept on spamming my katana. The couple of exceptions to this are an Earth-shaking move (swipe up to jump and quickly swipe down while in the air to pound the ground) and a spinning katana slash (swipe down while on the ground to spin with your blade à la Baraka from Mortal Kombat II). These two moves proved to be the most functional for me out of the whole arsenal.

Monotonous gameplay aside, I really enjoyed Pride and Prejudice and Zombies. It does enough right presentation and story-wise to hold your interest, and is filled with plenty of laugh-out-loud moments. It’s a fairly short ride, and is definitely on the easy side, but has some replayability in the form of going back and attaining medals for every level. You are scored on how quickly you beat a level, how much life you have left, and on your style, which is how much variety you put into your attack patterns with special moves. Plus+ integration offers achievements and leaderboards to round out the package, giving even more incentive to go back and replay. Still, PPZ works even as just a one-off experience, and for the fraction of the cost of going to the movies you can spend a few hours engrossed in this odd tale on your iPhone.