This afternoon I chatted with Brian Howard, founder of InMotion Software, who explained that the next iteration of the I Dig It series was submitted to the App Store today. After downloading a preview build of the game and installing it on my iPad, I can say with utmost confidence that iPad-owning fans of the I Dig It games are going to be in for a treat.

If this is the first you’ve heard of these games, here’s what you’ve been missing: Around the time of WWDC last year, the original I Dig It [99¢] hit the App Store, and if it wasn’t for a surprising amount of people talking about the game at the event, it likely would have never even appeared on our radar at all. In the game, you pilot a retrofitted farm tractor turned subterranean digger in attempts to raise $100,000 to save the family farm. Luckily, the ground under said farm is absolutely chock full of valuable things to dig up, and gameplay amounts to drilling tunnels, collecting diggin’s, and selling your spoils to purchase various upgrades for your digger. 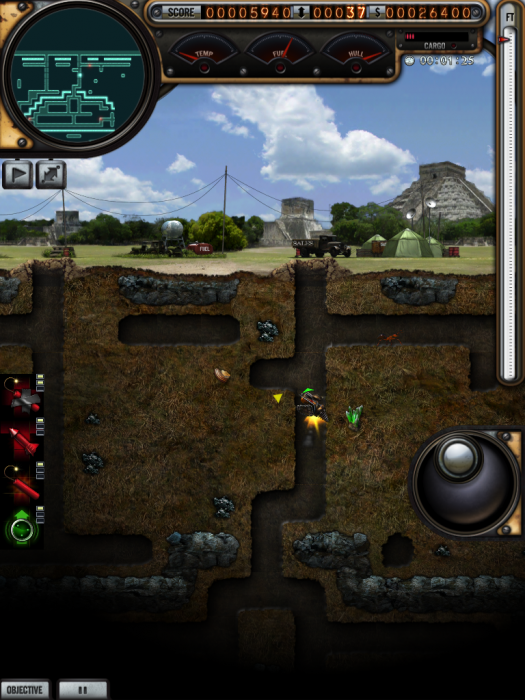 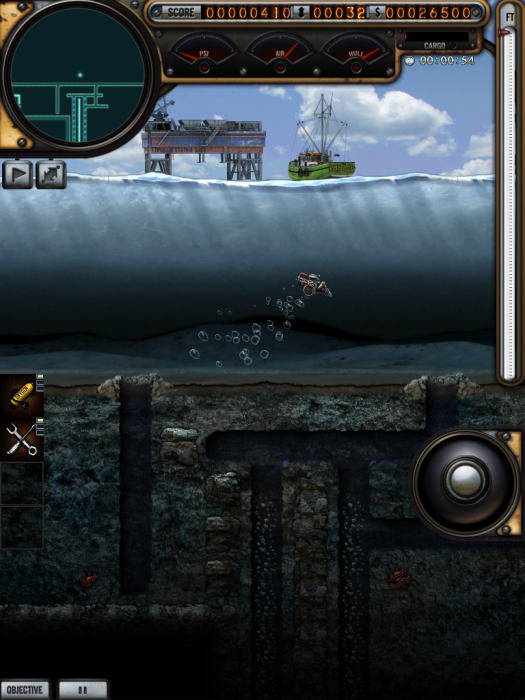 I Dig It was a huge success, topping the iTunes sales charts in a number of countries including the United States, so a sequel was only natural. I Dig It Expeditions [$2.99 / Free came next, expanding on the original gameplay of I Dig It as you take your digger on the road and search for archeological treasures in exotic locations such as the Antarctic tundra, the South American Amazon, and even under the ocean.

We loved both games in our reviews (I Dig It, I Dig It Expeditions) and lite version of Expeditions is on my short list of games I automatically recommend to anyone with a new iPhone asking me what games to try. So what’s new with the iPad HD edition? Well, first off like many iPad adaptations of iPhone games, you can see substantially more of the game’s environment. Also, your digger’s radar has been moved from a completely separate screen to a mini-map that is always in the top left corner. These two things alone really improve the game, as being able to see more of your elaborate tunnel system and not needing to page back and forth between the radar makes for a much better overall experience. 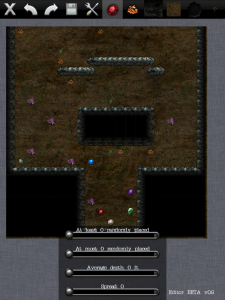 The content of I Dig It HD is similar to Expeditions, although not exactly; so even if you’ve made it all the way through Expeditions, the HD version should still be worth playing. Also, there are new iPad-only challenges not found in the other games. However, the absolute coolest addition to I Dig It HD is the included level editor which fully utilizes the iPad document handling system to allow you to create, share, and import custom levels made by other people.

According to InMotion Software, the editor is what they’re calling a beta, and is a little rough around the edges. Regardless, it still works well enough. Much like the document handling of the iWork suite, you can import/export custom levels via iTunes or by either emailing or clicking a link to a .idigit file. Even in its current state, it seems like there is quite a bit of potential if the level sharing community takes off– Something InMotion Software is waiting on to determine how much more development effort to invest in the level sharing and creation system.

As mentioned previously, I Dig It HD has already been submitted to the App Store, and barring any unforeseen rejections or other issues, should be available very soon. As far as how many of these enhancements will make their way to the iPhone, according to Brian Howard, the ability to import community created levels is a “real possibility" but due to differences in screen size they don’t see a level editor on the iPhone.