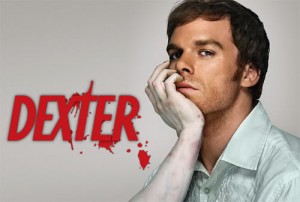 For those who haven’t closely followed Showtime’s Dexter, the series is based on novels written by Jeff Lindsay. I remember reading his first book “Darkly Dreaming Dexter” years ago, and the intelligent, yet macabre storyline has kept me reading the novels and watching the show.

Coincidentally, I had just finished the latest book “Dexter by Design” when Dexter arrived on the iPhone/iPod Touch platform. Happily, the intelligence and spirit found in the books and TV series carries through into the game. For fans of Dexter, the game will not be a disappointment with good variety, engaging play, and humor with an element of guilty morbidity. However, non-Dexter fans may find themselves disoriented and will want to first familiarize themselves with the TV show or books first.

Dexter is a psychopathic serial killer who was taught his policeman father Harry how to channel his killing urges. When Dexter was younger, his urges, also known as the Dark Passenger, were released by killing animals. Instilling his own special killing code, Harry decided to focus Dexter’s talents on criminals who had gotten away with murder in the eyes of the law. In Dexter the Game, you play through the eyes of Dexter and must collect enough evidence to ensure that Dexter is killing someone rightfully deserving. Of course, the catch is that Dexter must also maintain his cover as an unfeeling psychopath. 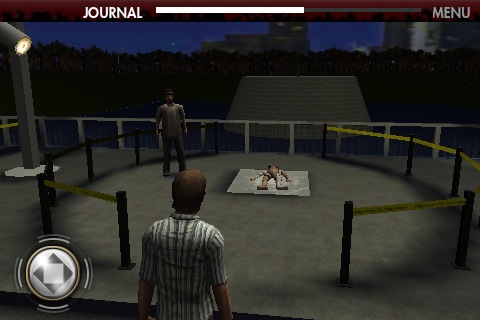 The cases are presented in a simultaneous fashion with Dexter moving back and forth between the different victims each with its own set of mission objectives. This type of format lengthens the game significantly because you’re managing several cases at once with each at different levels of progress. 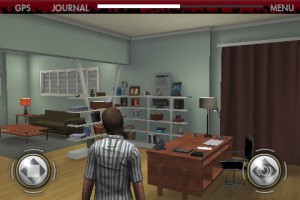 The game incorporates voiceovers from Dexter actor Michael C. Hall, expertly used throughout to create that Dexter atmosphere. Unlike other games, Dexter follows a steady, slower pace as you identify and stalk your victim and incorporates a mix of timed and untimed mini-games, performing and meeting task-oriented activities, and interacting with other characters. This is where the game shines because the variety of challenges keep everything moving.

Through the use of 3D graphics which run smoothly on my iPod Touch 2G, the game makes liberal use of cut scenes that show Dexter performing his actions to give it an almost movie-like quality. The characters representations can look somewhat strange, however. Dexter’s sister, for example, is not nearly as sexy as she is on the show, although the character of Sergeant Dokes looks pretty good. The various locations, however, such as Metro Police Station or a victim’s home really do show the high production values that were put into this game.

The game offers three levels of difficulty—easy, medium and hard, and the level of difficulty primarily determines the amount of available of time to complete timed puzzles and activities. You can play either in third-person (behind Dexter’s back) or in first-person mode, and choose from several types of controls—double joystick, accelerometer/tilt, single joystick, and an on/off option for strafing.

This video shows some of the controls and environments, but does carry strong language so is not safe for work:

Contextual action buttons will appear in the appropriate situations such as Examine, Open, Talk and Climb among others. Items that Dexter can interact with are highlighted such as doors, tools, and files. Use of the Talk button brings up text-based dialogue boxes accompanied by voice acting. You are then presented with three response options. The responses range from aggressive to passive and each choice affects Dexter’s “Dark Passenger" score and “Mask" score. You need to strike a balance to avoid exposing yourself, while still fulfilling Dexter’s inner darkness. If the Mask white bar ever depletes down to zero, the game is over since Dexter will be no better than the criminals he stalks.

The game also provides several tools that help you complete missions. The Journal located at the top of the screen keeps track of case progress and also tells you want you need to do. And since Dexter needs to travel from place to place, accessing the GPS will show different locations. By tapping on a location, the game takes Dexter instantly there. In that, the 3D environments offered are discrete locations rather than one contiguous open world. 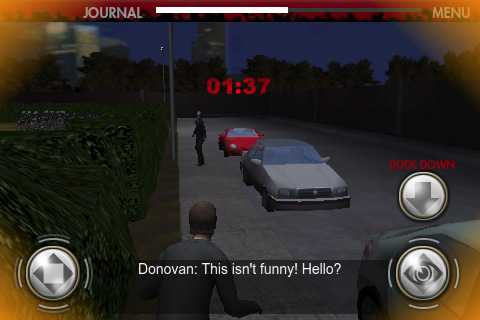 Overall, the developers did an admirable job creating a game incorporating a relatively engaging storyline tied together through a variety of different mini games. The initial task usually involves stalking the victim without being seen, and you maneuver Dexter in a game of hide and seek. As the story progresses, you also have the bigger task of investigating an unnamed serial killer who freezes victims before chopping them up. Other tasks involve picking locks, gathering evidence, and executing the final judgment on the victim.

While you can move Dexter in any direction you want, the goals can feel very pre-set rather than providing a free-roaming alternative choices. For example, entering someone’s house involves picking a lock, but then a dog prevents you from entering so you’re left with breaking through a window. Or in another, while stalking a victim, there is only one way to accomplish the recon rather than having several options.

Dexter the Game has high production values that incorporate a good variety of challenging tasks and mini-puzzles despite the point A to point B task progression. Understandably, with this type of game, the replay value is limited, but what is there should take a while to complete. If you’re a Dexter fan, the game is a solid adventure game that admirably captures the spirit of the series. For others, however, first watching the show or reading the books will go a long way in the actual enjoyment of the game.

Note: there have been reports of the game not working on OS 2.2.1