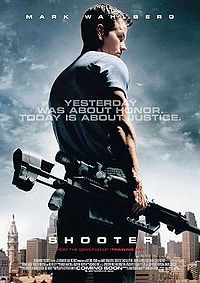 Tired of “Tap-to-Target" shooting games? It looks like Paramount’s upcoming movie-inspired Shooter game could be the answer.

The promo video they’ve provided shows off a very nice-looking sniper-type game in which you are in control of the aiming. Few gameplay details were provided but it appears that you may use a combination the iPhone’s tilt-control (or an onscreen directional pad) for aiming while on screen buttons control the firing and reloading action.

Like Paramount’s other iPhone titles such as Days of Thunder [App Store], Shooter is inspired by one of their movies of the same name.

The game is expected for release as early as next week.